Some folks in PLG Manor and environs have long longed for an upscale market, the kind of place to get organic, artisanal, or just plain pricey vittles. Those of us who do the Park Slope Food Coop know those types of items well, though thankfully they cost a wee less wampum. Healthier produce and foodstuffs make their way into your cupboards and it's hard to turn back. Go back to a genetically mortified granny smith when you could be munchin' on a minimally-treated honey crisp? No way, Jose. (And I certainly hope if Jose picked the apples that it was for a "fair trade" operation).

There's just such a joint called The Green Grape "Provisions" over in Ft. Greene. There's Union Market. There's Larder on (north) Flatbush at Sixth. Williamsburg is lousy with them. I've half expected one to pop up 'round here any day. There have been rumours and false starts. But alas, no hand-made sausages.

Then came an email from Michelle across the way, alerting me to a possible bourgie deli sighting on, of all places, Church Avenue. Now, those of you in K-Dog Nation might find this appallingly off your radar. But we of Southwestern PLG/Northern Flatbush think of the Church Avenue Q/B as a sister station. And just spittin' distance from the Church Ave Q/B entrance is...drum roll...a joint called Downtown Natural Market, and I'll be damned if it doesn't meet pretty much all the criteria for Bourgeois-est joint in the whole darn neighborhood. 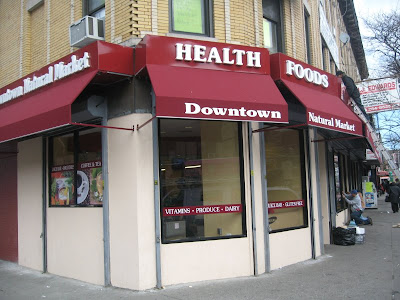 Little Miss Clarkson Flatbed, Jr. and I took a trip down to there just yesterday. What we found was a roomy, pleasantly lit grocery with aisles wide enough for twin-strollers and some friendly folks willing to entertain my suggestions for items. I wanted to be droll and suggest "gallon jugs of Sunny D" but instead I heard these words come out of my mouth: "Do you think you can get some fresh mozzarella, baguettes and uncured organic hot dogs?" at which point I nearly choked on the transformation that had taken place over the last twenty years. Since when did this corn-fed Iowa boy start needing fresh mozzarella and baguettes and when did he start to demand anything of his hot dogs other than lots of ketchup?

Turned out they had the mozzarella AND the hot dogs, and would soon have the baguettes. They're still building out the produce aisles, and by the time of their GRAND OPENING they'll have it all, including the already open juice bar and vitamins/supplements/tinctures/homeopathic-snakeoil counter.

There were only a few customers in there, attractively discerning shoppers all, sort of walking in dazed disbelief. (If I had had base intentions, they were really quite vulnerable in that state.) You can't imagine what a shock it is to walk off THAT street into THAT shoppe. So walk down East 21st, or St. Paul's Place to Ocean and hang a ricky on Church. You won't believe it neither. 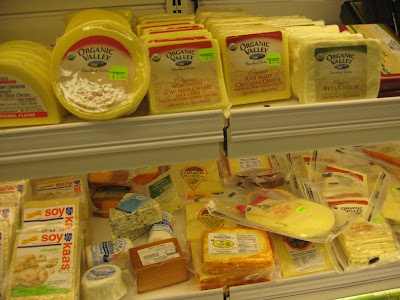 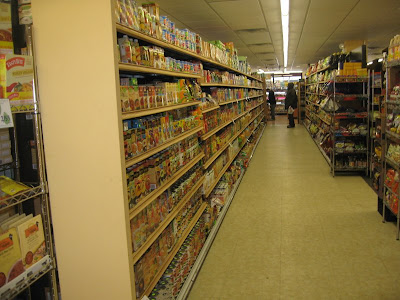 Posted by Clarkson FlatBed at 10:32 PM

I think that a place like this is better than something like Greene Grape Provisions--which is frightfully expensive. The prices are pretty good at Downtown Natural Market and they have a lot of actual ingredients I would want to use rather than gimmicky gourmet impulse-buy items.For example the bob's red mill line of grains, organic miso, manuka honey. And the organic milk half gallons are more than $1 cheaper than they are at the associated!

Prospeke International, Professional speaker agency and bureau. Our business speakers are professionals in their field, delivering after Dinner speakers, keynote, workshop and conference presentations that are motivational, thought-provoking and educational for any event.

Thanks ProSpeke! My wife and I are having dinner tonight...we'd love to have someone come by and deliver an After-Dinner Speech! Any topic is fine...

Well I'll be John Brown runnin! A welcome addition to the hood, I'll have to check it out!

There are good, cheap fish mongers right there as well.

Just came back from DNM...as I write - I am eating a Toffutti Cuties ice cream bar....will abandon the Q stop for the Church stop a few times a week now. Can't wait for it to be fully stocked.