Candidates Forum - Why You Should Care - Saturday July 12th 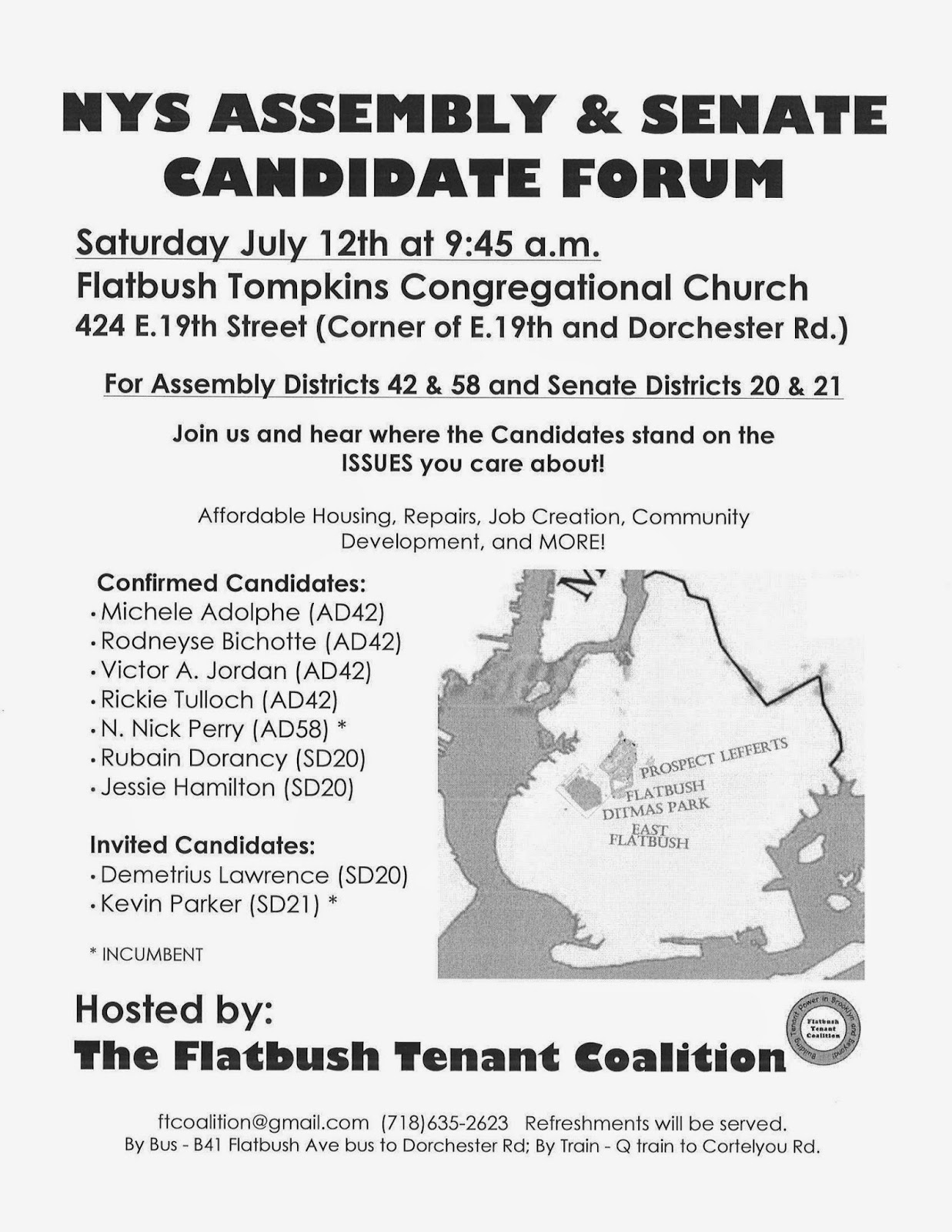 It might be tempting to say "another election for Albany - so what?" Well, I'll give you one good reason, and maybe it'll be enough to convince you to come out and see the candidates who will represent you. Wanna know what that super special reason is? I'll learns ya if you don't already know...

This is one of those rare elections that matter. Not because of any particular issue, though there are plenty. It matters because once elected, Democrats tend to STAY elected. For years and years and years. So who you put into office the first time around is absolutely essential. For those who don't know, the State Senate maps were recently redrawn, meaning that I went from being part of Eric Adams old district into being part of Kevin Parker's district (if you're in Western Lefferts that's possibly you too). Parker will likely stay put, but he'll be at the above mentioned forum and you'll have a chance to see for yourself the man who pulls the trigger for you Upstate.

Better yet, for those other Flatbushians, Eric's seat is up for grabs and needs your input. You may have seen the candidates out there stumping around. AND (drum roll) Rhoda Jacobs is giving up her Assembly seat after about a hundred years (she's primarily Caledonia and below). Again, you should weigh in, because God only knows the next time you'll have a chance to do that!

If you want to know who represents you and then go find out more about whether you're being represented well, start here:

See you on the 12th. At the very least, it should be quite entertaining (that's no joke - it really can be hysterical to see low-level politicos go at it. it's like minor league baseball.)