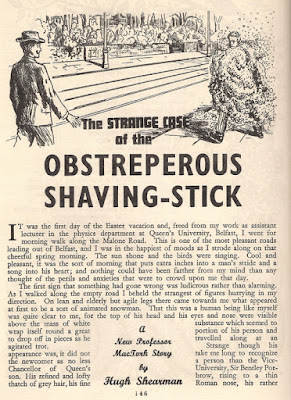 Got an email from a longtime reader complaining about the dearth of info on the nabe since I took this monthish sabbatical in cooler climes. Say what? You don't know about the Prospect-Lefferts Gardens Neighbors Facebook page? If you're the sort who needs to know everything going on the minute it goes on, this closed group is the jam. Just opt in. Near constant updates from people who are your actual neighbors. Occasionally a true internet-style war of words erupts, leading to some real barn-burning lickety-split comebacks that can elucidate how folks really feel when they're provoked on an issue. Is this fun? Some think so. In fact, nearly 2,000 have signed up. That starts to be the kind of numbers that could spell real opportunity for neighborhood cohesion, discourse and even political muscle. Five or so years ago when I started the Q, I couldn't have dreamed there'd be such interest in neighborhood news. Now there's a strong Lefferts Listserv on Yahoo, Brooklynian rocks Lefferts from time to time, DNAInfo's Rachel Holliday-Smith kicks butt in the real journalism department. PLGNA is active again, PLG Arts is going strong as ever, the Parkside Committee brought you a plaza and farmer's market and programming, LMA keeps churning out quality "Echo" newsletters. And I thought it was all over when Carrie and Charles stopped posting as Hawthorne Street. Remember Planet PLG? Across the Park? (Alex, we're still waiting for you to update that page!)

Apparently lots of folks don't know about the best blog in the 'hood. Flatbushed is head and shoulders above any other neighborhood blogs I've stumbled upon, and it's all about our neck of the 'Bush. I have no idea who the guy/gal is, do you? I wish s/he'd email me (hint). None of the personality bullshit to get in the way, though now and again I'd argue that s/he DOES throw in a bit of sarcasm and snark, contrary to his/her claim of keeping it straight. But no matter, it's not at all the kind of rock-em-sock-em soul-searching you may have come to expect from the Q. And god love it who needs more of that. Believe me I get sick of listening to the bickering between my ears as well. I'm constantly writing comments to my own thoughts, and some of them are fierce and cutting.


Read the two dozen posts on Flatbushed.com and get back to me. If you're not completely satisfied, I'll refund your price of admission to his/her blog. Make it double Bookmark it now before you forget. The writing is superb (c-r-a-z-y vocab on this guy/gal) the subjects fascinating, the tone considered and considerate. Basically it's everything I ain't.

Back in the day, I had the time and inclination to focus more on the people, not the politics. I was writing profiles on individuals, and having conversations I'd never thought I'd have. I was finally able to write down, in real time, what was happening to and around me. But then I started to feel responsible for disseminating information, which I'd have happily done and tried to do, though time became tighter and I felt I couldn't keep up. Now with so many other outlets for news and insight, I don't feel the pressure, which (of course) was entirely of my own making anyway. You're all grown-ups. You have the Google.

Don't get me wrong, I ain't going anywhere. You can continue to count on the Q to be the Q. But I can't be everyone's go-to source. I've always only had a half-hour or so a day to write - longer when I can't get to sleep.

So for the next week that I'm barely checking in, please read Flatbushed. It's terrific, and I hope he/she follows through with many more character studies and short essays. And from what I've seen so far, the dude/ette has tremendous taste in music as well. Best of all, he/she used the word obstreperous to describe lower Lefferts Flatbush (like Parkside to Winthrop, which I whispered but he shouted, will soon have a new bar to accompany the chaos.) Obstreperous. This writer is no joke, y'all. I'd been in need of that word for that stretch for years! (And if Flatbushed, you prefer to be gender non-specific, I'm sorry for referring to you as a s/he. Old habits die hard.)

Carry on my wayward son...

Damn it! Next you are going to tell me that you are not to blame for the neighborhood's problems, and are not sitting at the controls. Who am I supposed to blame for all of this?

Blame it all on Babs. She made this mess, and only she can clean it up.

I think I'll sing instead.

In your the Q's defense, I think they're separate pursuits, the historic stuff + new businesses and whatnot, and the political issues Q has focused on. There's plenty room for both and I love Flatbushed. Very much.