The Best Thing Since Sliced Bread

If it comes to pass, and it looks damn likely, the single biggest positive physical change to the neighborhood will happen within a year or so. The Phat Albert's clock will be restored to its former glory, along with some serious repairs to the building's facade. That alone would be enough. But wait...there's more! 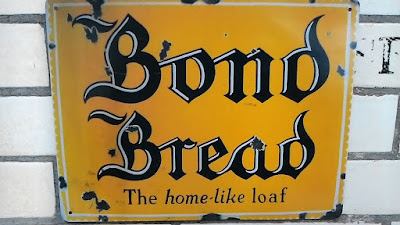 Slowly and stealthily, the warehouse building that was once the Bond Bakery has been undergoing an extraordinary change from within, thanks to the attention of Jack Srour, son of Albert, who, by the way, is neither particularly fat OR phat. But danged if he didn't have some good timing, personally and professionally. Albert fled the start of the civil war in Lebanon nigh on 40 years ago and humbly built a humble retailing humble empire of humble goods. Jack's inherited the savvy. And as a Brooklyn resident himself, he knows precisely the enormous worth of the building his family owns. Trust me, he gets it.

If "location, location, location" means anything, the old Bond Bakery has it in spades. Park, Garden, views and a plethora of trains and buses. Planet Fitness was the first new tenant to change the vibe, but it's the recently opened Bklyn Commons that will really remake the triangle. Maybe we should call it Flempwa (Flatbush Empire Washington?) Or Fleffwemp? (Flatbush Lefferts Washington Empire? Because it's actually a rhombus). Whatever. It's clear Srour would prefer to highlight the Bond Bakery aspect of the building. Old-timers will tell you they can still remember the wafting of baking bread in the neighborhood each morning. That and perhaps the smell of smog from the ghastly air quality of NYC in the '60s and '70s?

The Brooklyn Commons is a top-notch first-rate ship-shape co-work space, with simple one-desk spaces running from $475 a month to larger multi-desk offices that look like, well, an office. You get complimentary coffee and tea, the utilities and wi-fi etc included. Air conditioning in summer (crucial) and you don't have to buy something once an hour from the barista to legitimize your hogging of table-space. You can come in hourly too and sit at communal desks, or do that by the month (around $150 unlimited). There's a sweet outdoor patio on the roof, and the design is all super-slick and up-to-date, replete with vintage photographs and graffiti. He's nearly 80% rented already, and that's why he's expanding into another big space at the Washington side of the building. Workers were doing demo and construction just today as I peeked into the cavernous room.

You can do events at the Commons too. Apparently the Brooklyn Film Festival's coming (tenants have to agree to cede the common space for nighttime shindigs when they happen.) Rentals of the big space can hit $250 an hour, with breaks for community minded stuff. Jack wondered aloud if the Community Board might be interested. Wow, now THAT would be something. I told him that probably wouldn't be such a good idea, but I'll bet there are some groups out there that would be perfectly suited to the space. Like I says, location, location, location. Interested in renting for events? Contact Johanne Brierre, who just so happened to grow up on Hawthorne III, by the by.

Actually, speaking of sweet chilly treats, check out the pic below of the Bond Bakery and corner where the Wendy's is. Zoom in and you'll see an Ice Cream Parlor, right there where the beautiful parking lot is now. 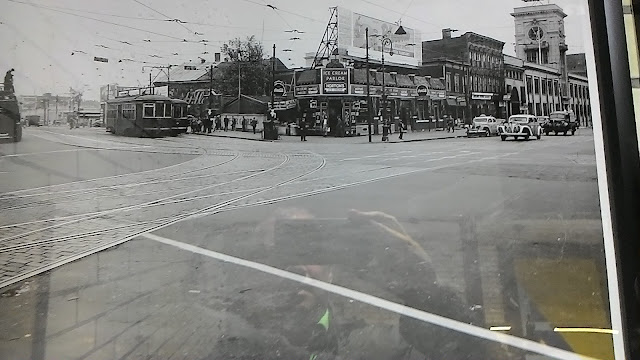 And lastly, yes, big plans are afoot to rejigger the long-forlorn clock and tower. New windows, newfangled electronic mechanisms, and pretty soon you got yourself a great countdown clock to New Year's.

I'm telling you Jack. Fix up that clocktower and you will be, I assure you, a neighborhood hero.

Posted by Clarkson FlatBed at 5:23 PM

I know people sneer at big chain stores but those do bring a ton of jobs more than a hip flea market would. I myself would be supportive of either as a resident. Jack Srour seems great and his efforts are very appreciated.

Can we go back to no Wendy's and a real ice cream parlor/diner? I love scoops... but it's never open on Sunday. Besides, a frosty is just a terrible watery shaved ice.

Landmark it! And Berg'n isn't a flea market (that's another of J Butler's ventures) but a sort of hipster food court that also serves alcohol.

now if we could only get rid of the BP...

Don't worry. Gonna happen. No confirmations, but developers have been making a play for it for the last two years and someone will find the right price point. Look at the BP that closed on Eastern Parkway for clues.

Oh, and it will be tall. Quite tall. If they can make it skinny enough, the top floors will get park views.

The BP station is not zoned for residential.

They don't even need to make it that tall for park views. 8 floors is the tallest thing between there and the part. 10 and they could have a roof deck with every view they could want. The tough part of going too tall will be being REALLY tight on the sky exposure plane because of the two streets being so close. There only chance would to do the same as the Marvel building and run a "tower on base" but that would be a really thin tower (side note, I think that building does a great job of not being too intrusive and over time will blend in to the other 10+ story buildings that will go up). Rough guess, the BP won't get much more than 8-10 stories much like the new Lincoln building, which I would love a lot more than the crappy BP with insane drivers.

Alex: They're looking into a change - they would pay for the review. Sure CB9 could complain, but if the City and borough hall could stick it to Alicia I suspect they would. CB is only supposed to be advisory, but this is apparently the way landowners are looking at their investments now. Trust me, if the numbers work out, they will do their own study. A building did that two years ago at Nostrand and Empire, before MTOPP got involved.

Great. So between a somewhat backroom deal on the BP station and the unchanged R7-1 zoning up to 24 Lefferts, the block could potentially be quite screwed.

These are all the scenarios that a Study would examine. Screwed? I guess it depends on whose perspective you take!

Close Washington Ave b/t Lefferts and Lincoln and turn the BP into a plaza with cafe service from the storefronts. Now that's an entrance to the neighborhood.

I'm not sure why people consider "getting screwed" to be negative. ...just use lube and protection.

Screwed? Because they will miss the disount junk on the sidewalk in front and the constant forklifts loading in back making the sidewalk impassable for pedestrians? Yes, let's be sure that never changes for the better. Sigh.

You misread my comment. My use of "screwed" had nothing to do with phat Albert.

Any updates on the clock tower restoration? Is it still in the works? There's no visible progress since last year.