80 Flatbush - Maybe It's Time To Concede The Reality

Brooklyn needs new housing on major arteries near transit. Brooklyn needs new schools. Subsidized apartments cannot all be located in remote locations. And New York is in the midst of a major economic boom, the likes of which haven’t been seen in 70 years. Those who can should share the wealth.

It's great that NYC has Historic Districts - like Lefferts Manor, Greenwich Village, Boerum Hill. But that means new housing has to happen elsewhere. And when you grow, there's nowhere in this city to grow but up.

The Q thinks it's past time people started thinking less about protecting their own precious version of the City, and start thinking WHERE are we going to grow - because we WILL grow. That's what happens to successful cities. Anyone who's followed the Q will tell you we were given the opportunity to work with City Planning on just that kind of future visioning, but a combination of rabid lies and apathy led to CB9 becoming a bad long-running joke. And so now we're forced to sit back and watch the neighborhood get picked over bit by bit, as longtime residents disappear, making the arguments by homeowners sound all the more hollow and shrill.

Is any of this "tall" stuff really so bad? Read Alexandra's piece and let me know what you think. Hell, at least the downtown boom takes some pressure off Lower Flatbush, or LoFla. 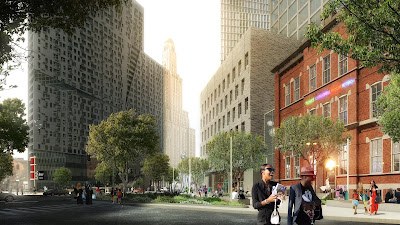 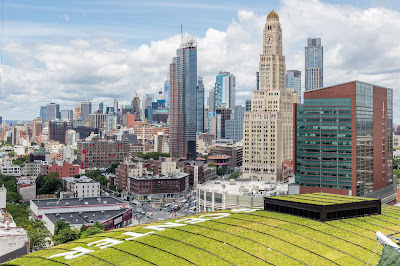 Posted by Clarkson FlatBed at 3:11 PM

A lot of high rise residential space in the last decade has been bought by foreign financiers who rarely even stray into the city - as investment, as ways to launder money and so on.

This can be true, but I can tell you it's not accurate for 99% of the downtown Brooklyn development. The only thing that will be likely is the SHoP tower, because that height is "special" and used to measure wealth. Foreign investment doesn't want Brooklyn. It wants Manhattan and more specifically billionaires row.
Yes, this foreign investment skews the needle up a little, but the higher rent is more accurately related to high paying jobs being more than just wall street. With Tech money, wall street money, digital media companies, and established art scene that is making money (unlike the gritty fantastic, but poor, art scenes of the past) there is a lot more money and opportunity in the city than there has ever been.