Poor Barry Hers, Landlord. So Misunderstood.

After milking the City for years running a piss-poor excuse for a homeless shelter for desparate families, and treating his longtime rent-stabilized tenants with disdain, he's now decided to issue a press release designed to portray him as an honest slumlord, sorry landlord, trying his best to help the good people of 60 Clarkson and others of his shoddy buildings. All of which he is working diligently to harass everyone out of so he can up rents to market rate.

Read the whole story up to 2015 here from Nathan Tempey. And recent updates to evict tenants here from Patch's Kathleen Culliton. 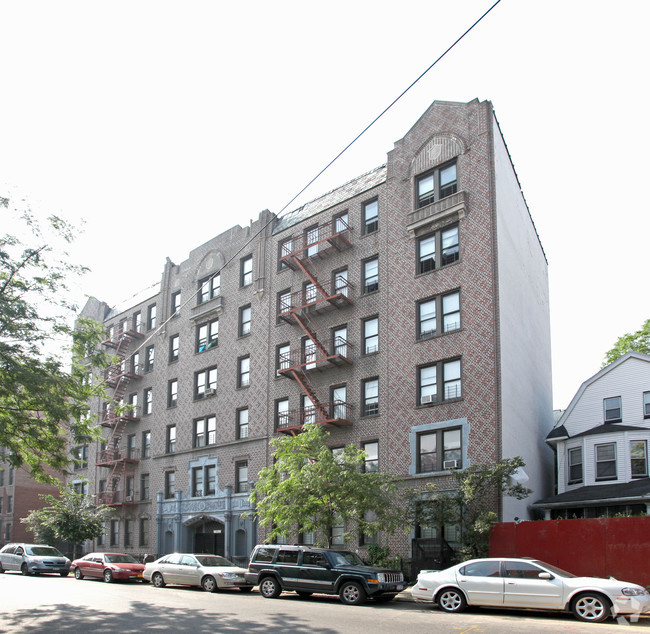 With decades of real estate experience in New York City, Barry Hers reveals the story behind the building at 60 Clarkson Avenue in Prospect Lefferts Gardens, a residential neighborhood in the Flatbush area of Brooklyn, which the property expert renovated and entered into New York’s Emergency Assistance Rental Program in response to concerns surrounding growing homelessness in the city.

“In 1995 I purchased the building at 60 Clarkson Avenue in Prospect Lefferts Gardens, a residential neighborhood in the Flatbush area of the borough of Brooklyn, explains Hers, whose office is located on 52nd Street in Borough Park, in the southwestern part of the same New York City borough.
At the time, the property was run down and subject to over 1,500 Department of Housing Preservation and Development violations, plus a further 100 or more general building code breaches, according to Hers.

Under New York City’s Housing Maintenance Code, the Department of Housing Preservation and Development issues such violations when conditions in rental properties are deemed to violate the appropriate maintenance codes or multiple dwelling laws. “Violations are readily issued but only closed again once any and all problems have been rectified, as observed and verified by the Department of Housing Preservation and Development,” Hers reveals.

Accordingly, having purchased the building, Hers and his firm worked tirelessly, and at significant expense, to clear the outstanding violations, renovating the property and transforming it into what he refers to as ‘an appealing, working-class environment’ in the New York City borough of Brooklyn. “My firm and I transformed 60 Clarkson Avenue from a building full of crime and drugs into an appealing, working-class environment in Flatbush’s Prospect Lefferts Gardens,” says the real estate professional.

Barry Hers estimates that he poured in excess of 10 million dollars into renovations and maintenance at the address. “Shortly after that, New York City found itself in the throes of a shortage of shelters for the homeless,” he points out, adding that since the beginning of his decades-long career in real estate, he’s continuously maintained a desire to help the homeless and less fortunate wherever possible.

“I offered to help and dedicated the building, which I’d put my own money, blood, and sweat into renovating, to the cause, known as the Emergency Rental Assistance Program,” Hers reveals.

The program, initiated by Rudy Giuliani and favored by then-mayor Michael Bloomberg, saw properties such as Hers’ building at 60 Clarkson Avenue become so-called ‘cluster sites,’ a form of shelter for homeless and less fortunate families and individuals living in New York City.

Years later, however, when a newly-appointed subsequent administration took over the city and its programs, huge cuts were made surrounding funding for the homeless and disadvantaged. “This made it almost impossible for me to continue my efforts at 60 Clarkson Avenue,” explains Hers, “and it soon came to a point where my firm and I were being choked, having housed hundreds of families for over three years, and losing millions of dollars in the process for simply wanting to help the city. ” Despite the city initially agreeing to new, aggressively cut rates, even these vastly reduced sums remained unpaid, according to Hers, leaving him, he says, unable to continue working with the authorities.

“The city,” he adds, “was technically making everyone at 60 Clarkson Avenue homeless once again, which as a family man, I simply couldn’t bear the thought of, while simultaneously painting a picture to the media whereby which I was evicting innocent homeless people, when in reality that was not true at all.”
Instead, says Barry Hers, it was the city and its new administration which were putting countless families and individuals at risk of homelessness by refusing to pay for vital shelter ,expecting Mr. Hers and his firm to continue their efforts at a significant, multi-million dollar loss, borrowing from banks to cover heat, property taxes, maintenance and water.”

“After legal proceedings were brought against me by the legal aids, ” he explains, “the court was able to see through this and ruled in my favor by granting me the right to house new tenants. As such, and with the ruling in my favor,” he adds, wrapping up, “I’ve been forced to reevaluate the rent-stabilized nature of operations at 60 Clarkson Avenue in order to begin recouping my losses.”

As of today, the city still owes him 19 million dollars in unpaid expenses, which he is currently counter claiming, having housed over 350 homeless families at the address since 2015 despite receiving no financial compensation throughout this period, not to mention the toll this has taken on Mr. Hers emotionally.

It's always the same old story. When it comes to housing, the city itself is the worst manager of all. And when it comes to slumlords, well, the rules and regulations creating by the city government produce the wonderful situation that often befalls property owners stuck with housing the impoverished.

But, even the city knows the only way to fund its socialist real estate programs is through tapping the capitalists.

Hey everyone!
Today I come to you with so much excitement!
My Ex and I broke up 1 year and 2 months ago and i was six months pregnant. We both love each other and it was a shock to me and it really broke my heart. I tried to call him and both of his lines were disconnected. I tried to reach him on social networks but he deleted me off of them. I tried to reach his parents and they told me that their son said that he does not love me and does not want to see me and they do not know what is wrong. I cried and cried everyday because I loved him very much. Until I gave birth and the baby was one year old, I could not get my love back. Again, I was confused. I do not know what to do and I also lost my job and I have no money to take care of the baby. I was miserable in life so I cried to my sister and told her my problem and said that she knew of one powerful spell caster that helped her when she could not get pregnant. I contacted him by email and he said he will help me and told me that a woman cast a spell upon my man and said he will help me break the spell so my man will come back to me and be mine forever. It was a great surprise to me that everything that he said came to pass. My man came back to me immediately, saying that I should forgive him. I am sending a very big thank you to this powerful and real spell caster. I pray for him to live long and do more of his wonderful work. If you have any kind of problem disturbing you in life, you have to contact this powerful spell caster! He can help you. He will not disappoint you, I give you 100% guarantee that he will help you, Here’s his contact:
Email him at: Ahmedutimate@gmail.com
Call or Whats-app him: +2348160153829

Hello all online viewer ,,,, HERPES AND HIV to heal
Does anyone still doubt natural herbal medicine? I have seen the great importance of natural herbs and the wonderful work they have done in people's lives. I wonder why people are still spending their money on surgery, injections and medications that can not cure you completely. Natural herbs can cure all kinds of diseases, including herpes, diabetics, asthma, HIV, hepatitis, ALS, etc. I saw it with my own eyes. I was cured of HIV and my aunt and her husband were cured of the herpes virus and tested negative after using herbal medicine. I ' have also been healed from HIV and tested negative to HIV after using herbal medicine by Dr. HAZIM who uses natural herbs to heal different types of diseases. Even Dr. Sebi proves to the world that natural herbs can cure all diseases and has cured countless people using natural herbs. I know is hard to believe but am a living testimony. There is no harm in trying herbal medicine. Contact or write Dr.Hazim on: (usmandrhazim@gmail.com) (phone / whatsap no): +2349058026857,

I was cured from my herpes Disease. after suffering since 4years ago. but when i contact doc onokun on the internet. he gave me a Natural cure that ended my suffering after using it for two weeks. i went to check myself on the hospital and i was tested negative. I can't more happier but to say thank you sir and i use this medium to say to everyone don't waste any time to contact this powerful herbal Dr,onokun On any Kind of Disease he is Ready to help you. You can reach him through his email: dronokunherbalcure@gmail.com

Hey Q, what's with all the spammers? Is there some kind of filter you can use?