Never fun to write about this. But a woman was shot multiple times in the stomach last night, the apparent victim of a robbery gone super violent. it happened on Maple between Kingston & Albany around 1am. I asked Vinnie whether multiple shots was consistent with a robbery, but apparently they're pretty sure and are putting serious manpower on finding the assailant. Here's the good news...she's in stable condition at Kings County. Wow. That's a narrow escape. Amazing the powers of a young body (she's 18) to sustain a brutal attack. A near miracle I'd say.

And while I'm at it, against some misgivings because of the graininess of the photo, the 70th precinct is looking for a serial burglar down Caledonia way. As a colleague of mine said, though, if you DO know this person then you'll probably be certain. Like, I could tell most people I know from a half-block off, you know? Here's the wanted poster: WAIT! I'LL BE DARNED! As if responding to my concern, the 70th sent out another picture that was clearer! Thx Detective Walker! (below the poster) 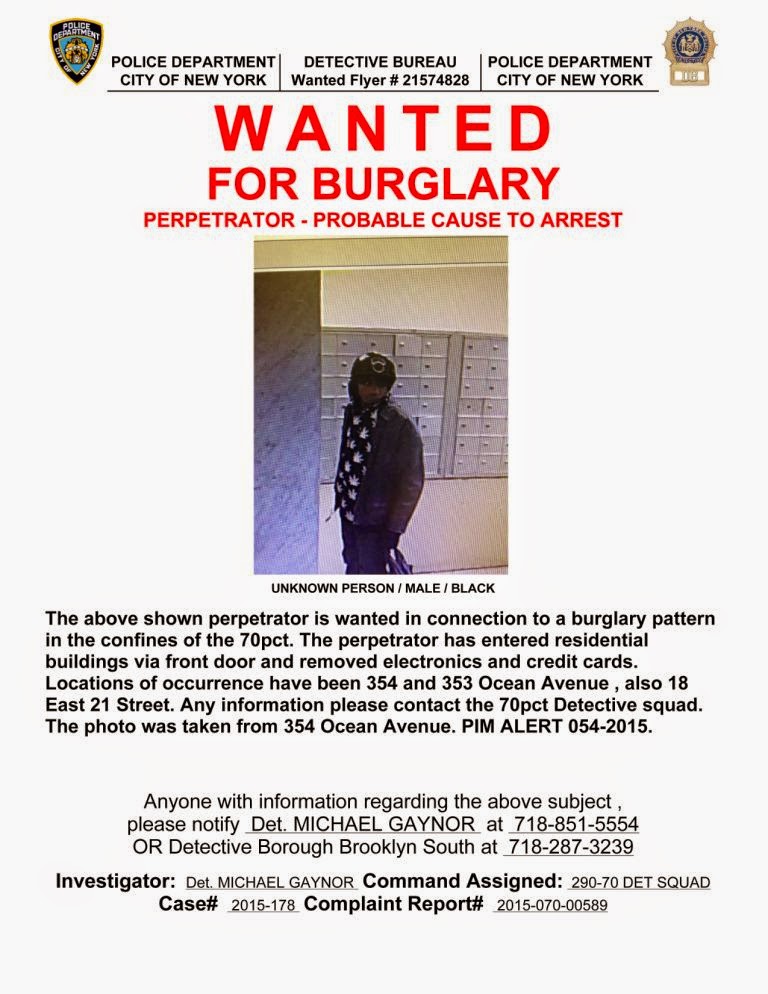 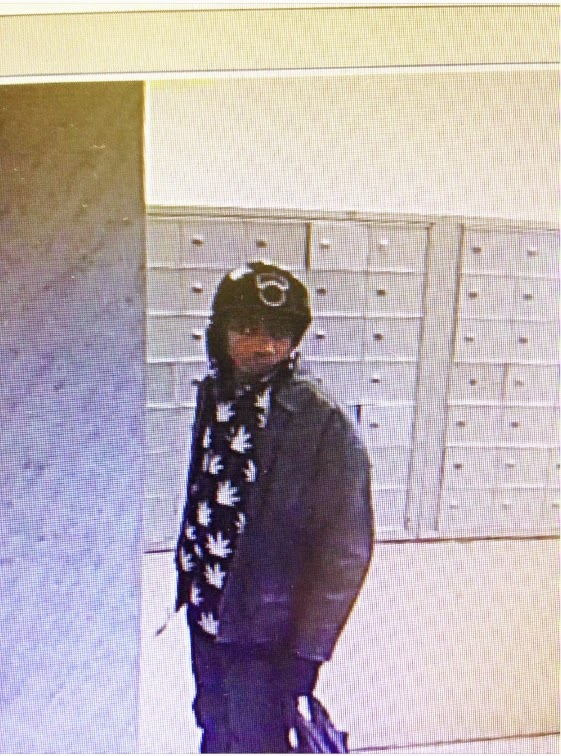 Posted by Clarkson FlatBed at 10:59 AM

According to the 71st, this suspect was apprehended and has been charged.

Thank goodness the victim is ok. I witnessed a teen girl get her phone snatched on Maple 3 by a young man several weeks ago. Do they deliberately target smaller younger women? The other two purse and phone snatchings I've witnessed in PLG were women victims as well. Delightful. I only mention this to remind women to be aware and watchful.