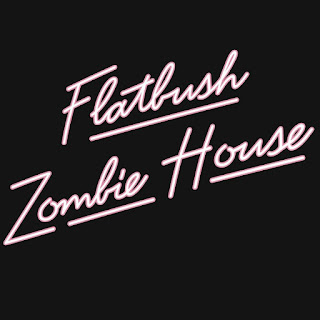 The secret is out. And of course, J'ouvert is the perfect time to open. The neon sign is ready to light up, and a full-on Tiki Bar is opening on Flatbush btw Parkside and Woodruff, two down from Peppa's famous jerk chicken.

They're having a "secret" party this weekend pre-grand-opening, but if you're chill and sincere I'm sure they'll let you in. On the Facebook invite they mention they'll have wine and "dutty wine," which is something you really need to know about if you live in the nabe. What is Dutty Wine you may ask?

Ever seen those super-provocative dancing videos that Jamaican and Trinidadian (and others!) places sometimes show, or even on the Dollar Vans? That's usually "dutty" as in "dirty" and wine meaning gyrations. Before adapting the dance style into your own routine (Bob Marvin I'm looking at YOU!) be sure to consult a doctor and stretch before Dutty Wining. It's been known to cause serious neck injury.

I fell in love with a Dancehall song called Wining Queen when I was buying a cell phone last year, and the tune was playing. It's absolutely irresistible, if maybe a bit inappropriate to your prudish side. "Stick it, stick it, stick it" is not exactly subtle, unless you're talking post-it notes.

I highly recommend this music video - and "stick" with it, as it takes awhile to kick in.

Thank you Tim--at my age I really have to watch out for neck injury :-)