It's Official - The Race Is On

Folks have been asking the Q whether 2nd place finisher Brian Cunningham will attempt to unseat much-to-long incumbent Councilperson Mathieu Eugene in November, given his place on the Reform Line ballot. To which I say - does the Pope where a funny hat? Sure he does! And he makes it look good, too.

So yes, BC is ready to roll up his sleeves and do what pretty much nobody does - unseat an incumbent Democrat in the Big Apple's November election.

Let's think about it for a minute. Is it really so quixotic? Last week Brian won approx 4,000 votes. Mathieu Eugene got around 5,500. Pia Raymond got around 3,000. Jen Berkley got just under 1,000. You gotta figure every single one of those anti-Eugene votes could potentially be picked off. Why would a voter turn back to an incumbent they've shown no enthusiasm for? Put Brian & Pia's together alone and you beat the E-man. 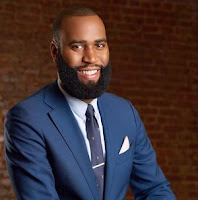 If voter turnout for this "off year" election stays in the range of 15,000 (painfully small, I'll admit) and a rousing campaign educates voters on their actual choice in the matter, and the energy is behind the challenger...well, it's still an uphill battle. But one Brian's ready to wage, if we help him win a historic dark horse council race. So let me be the first to make it official. Vote for this guy:

1) His name is Brian Cunningham.
2) He's running on the Reform Party line.
3) He is not related to Ross Perot.
4) He could work one day a month and accomplish more than the other guy
5) Don't vote for the other guy

Posted by Clarkson FlatBed at 1:27 PM

I've been begging him to run on social media. Let's keep the momentum going!

I'm delighted to hear he's running!! I will certainly vote for him again and hope everyone else who voted for not-Matthieu-Eugene will too. And more!!

Hey Tim! Will you please help me circulate the petition asking WFP to endorse him? I have posted on all District 40 community pages on Facebook but it's still slow-moving. We're trying to get to 2500 signatures!