De Blasio's Vision Zero targets for improvements the 9% of roads that cause half the traffic deaths. A cool map of those roads is in the Daily News: 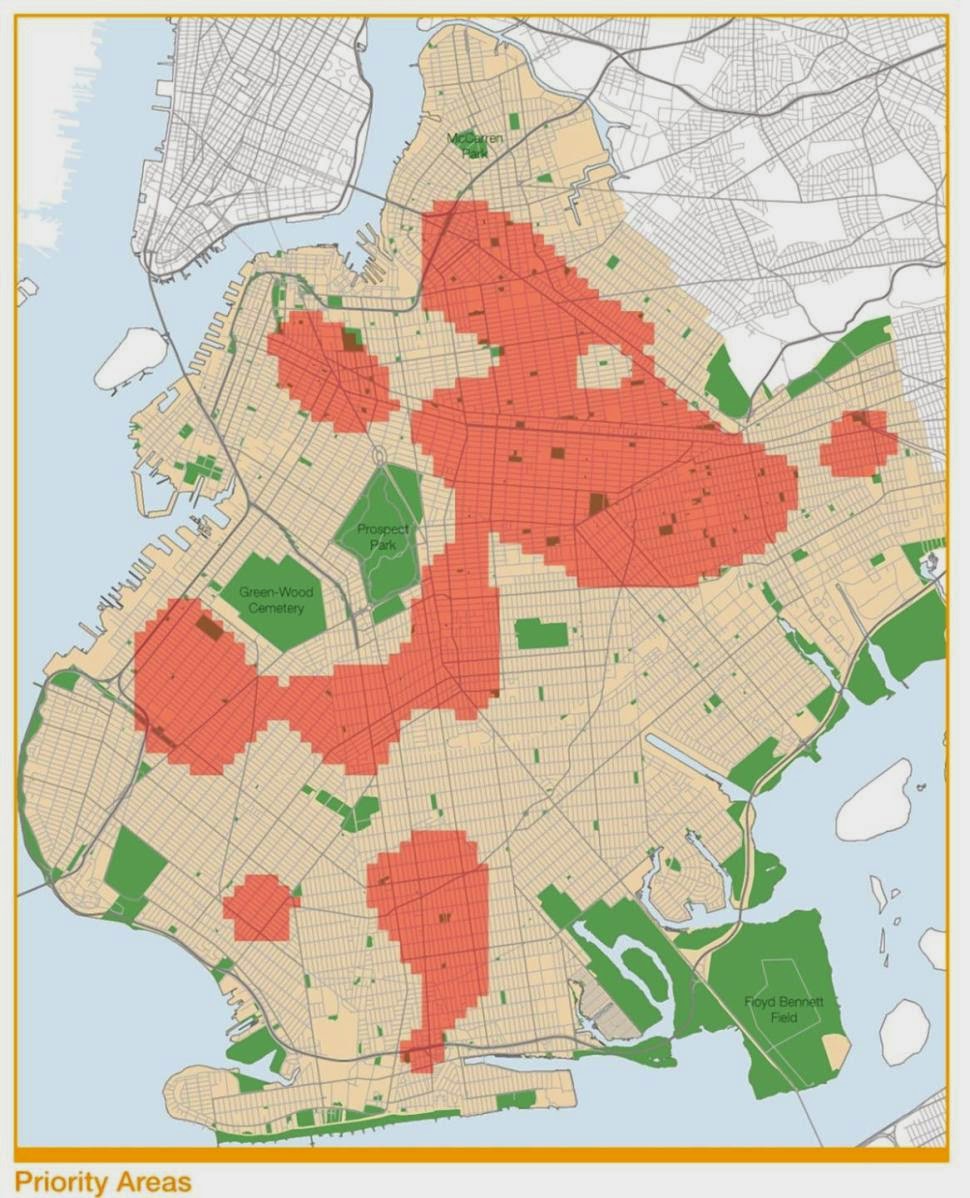 I read (skimmed) the full report, seems promising but it didn't get too specific about what they plan to do. I don't have a lot of hope given that they gave up on traffic calming on our northern section of Flatbush.

As a related sidebar, there was an at least 3 car accident at Lefferts and Washington yesterday. There was another serious accident not long ago in the same spot. While the police were clearing the scene (at least one car looked totaled), cars were still entering the gas station by driving the wrong way down Washington and driving over the sidewalk.