The Long Arc of the Kwenci Jones Mural 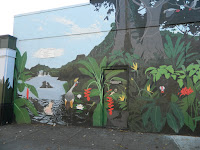 His name is Kwenci, and he's a serious artist and community activist. Big heart. Big ideas. You know him from the gorgeous recently demolished mural at the MTA building at Flatbush/Ocean. Having loved and followed the saga of the mural for years I assumed he'd be devastated that they tore down his art to rehab the building. Instead, he had the below to say. Til your next project Kwenci Jones!

I originally painted this mural in 1998. Richard Green of the Crown Heights Youth collective commissioned me to cover up the graffiti on this 120 ft. monstrosity. In the 18 years of its existence I’ve had to restore it twice.

Fr the most recent in 2012 I decided to turn it into a community-building project. That inclusion over a four season period involved over 150 volunteers, alternative sentencing participants, students and donors that contributed to this iconic Central Brooklyn landmark. This huge painting was the largest single theme mural for a ground level mural in New York City. 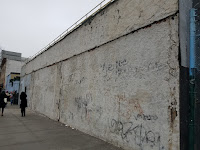 But alas when I first met this wall it leaked. The small cracks have expanded after twenty years; the two layers of stucco have worn away in those areas. I’m not surprised…just a little disappointed. Considering all that we put into it, I wish it would’ve lasted longer, but MTA engineers stayed away as long as they could...but the water damage was becoming internal.

Over the years, I’ve seen children become adults, became a staple of the neighborhood; took pictures with and met tourist from all over the world. We all did some great work and getting almost twenty years out of a damaged building is a good run for any mural.

…the restoration is never an afterthought…it still lives… 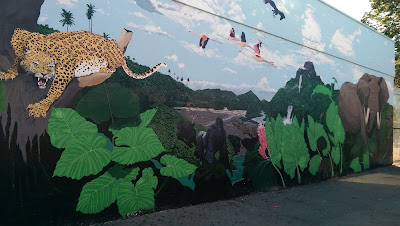 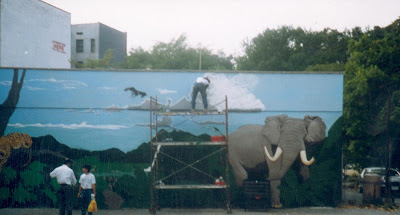 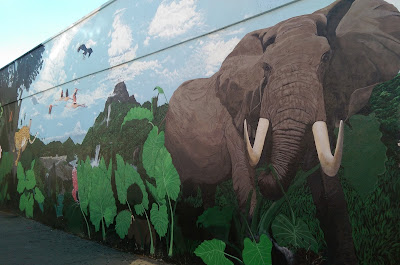 Posted by Clarkson FlatBed at 11:23 PM

Thank you Kwenci for leaving your mark on this community. My kids and I enjoyed seeing the mural as it developed and we greatly appreciate that work that the many volunteers did. Thank you!

I'm glad they seemed to have made every concession to try and leave it up as long as possible. I hope that once the structural work is done, they allow him (or a new artist if he decides not to) to take the job and make a new piece showcasing the neighborhood. I'm relatively new to the area, but this was clearly a special piece to everyone whether they live here or not.

Is the mural including the lion with the large testicles still there though?