Come down to Bles$ings at 5pm for a gander at work by neighbor Christopher Jones Marino. Check out more work at his website. And the flyer: 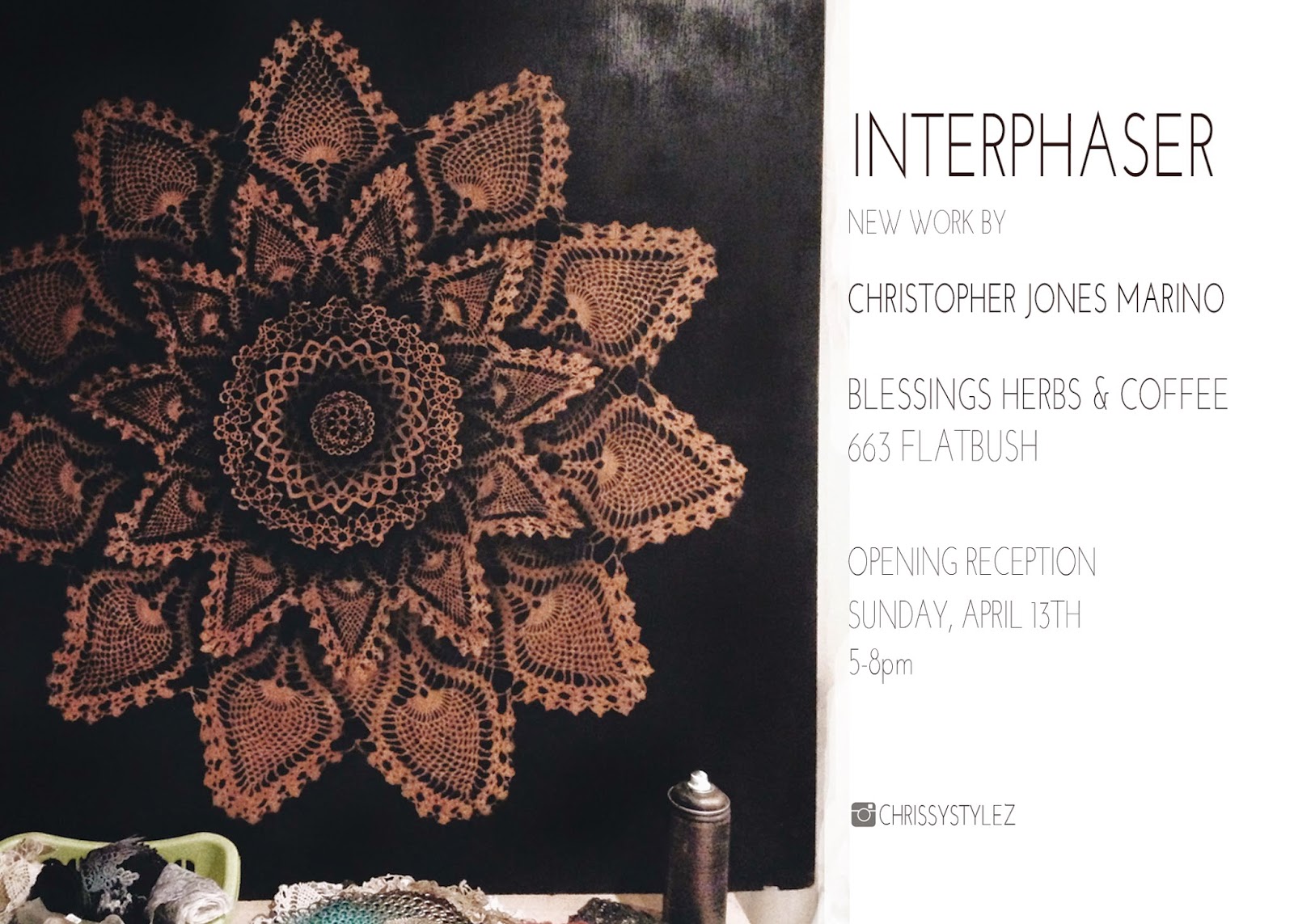 From what the Q can tell, the artist makes cool looking panels that can either stand alone or be used decoratively, say in bunches. But what do I know? I play guitar. I know nothing from resins and acrylics. Or panels for that matter. Though I've sat on panels before. Not LITERALLY sat on panels, though I've probably done that too and didn't know I was doing it.

On a purely cursory googling I can see that coffee houses have long been associated with sedition and art, even seditious art. It might just be my particular perspective, but aren't coffee houses almost inherently "liberal?" Dunkin' Donuts, not so much. In "fact," the act of "dunking one's donut" has long been the pastime of fiscal conservatives. Social conservatives on the other hand or more likely to eat the donut dry. Both however prefer Tim Horton's or Krispy Kreme to the Northeastern sensibility of Dunkin'.

It would appear that the caffeine jolt is conducive to "big ideas," and thus many great discoveries, inventions and political movements have their origins in coffee houses. The first encyclopedia and the London Stock Market were born in coffee houses. Remember the Green Party? Coffee House. Double sided tape? Coffee House. Liquid Paper? Actually, that was invented by Mike Nesmith's mom. Mike Nesmith was a member of the faux rock group The Monkees. Mike made some terrific solo records in the 1970's with his backup band called The National Band, not to be confused with the ueber popular "indie" band The National, which lives right here in Flatbush, though further south in Ditmas.