FIOS FOR MY HOUSE (and yours too) 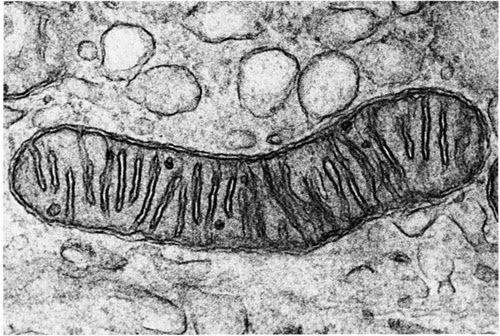 What I know about fiber optics could fit into the trunk of a mitochondria (pictured above).  But neighbor Rob pointed out that those optics being planted under the sidewalk on the hectic eastern block of of the Flabenue, Parkside to Winthrop are indeed fiber (pictured below). 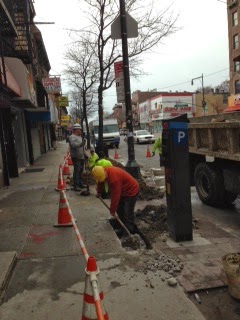 The Q has noted that folks up Manor way have been infuriated for many years about their lack of good internets. By gum this may be the beginning of a new day, as many, many fibers will be making their way optically to Lefferts. And from what I hear from the World Wide Web those fibers have internets on them.

Speaking of fibers, the Q is a huge fan of Joni Mitchell. A few years ago I learned that she had contracted Morgellons Disease. This is an excruciating condition in which one is convince that one's skin is literally crawling with little parasites that produce fibers that they swear are coming out of their pores.

This is not a joke, folks. The CDC has concluded that it is a mental condition, one in which patients are known to actually scratch their skin to the bone to stop the bugs. This disease has long been known to medicine as "delusional parasitosis," and so when CDC did its exhaustive study and concluded it was "all mental," few in the establishment were surprised. Google the word "Morgellons" and you will find yourself immersed in an alternate universe, where people suffer from what for them is utterly obvious - and are then told that it's all in their head. Doesn't that sound like a twisted nightmare science fiction tale? And what if they're NOT imagining it, and this is the beginning of the true plague that will wipe mankind off the planet?

For all the pleasure her first few records have given me over the years, it really bums me out to hear that this is the way she's heading off into the sunset. The Q's adopted, raised by a wonderful ma and pa, better than I could have chosen from auditions. BUT, I've never once stayed dry-eyed when hearing one of Joni's greatest songs, from BLUE, about the child she gave up (and then reunited with many years later).

Born with the moon in Cancer
Choose her a name she will answer to
Call her green and the winters cannot fade her
Call her green for the children who've made her
Little green, be a gypsy dancer

He went to California
Hearing that everything's warmer there
So you write him a letter and say, "Her eyes are blue."
He sends you a poem and she's lost to you
Little green, he's a non-conformer

Child with a child pretending
Weary of lies you are sending home
So you sign all the papers in the family name
You're sad and you're sorry, but you're not ashamed
Little green, have a happy ending