What Folks Are Saying: A,B,C,D

Thought you all might like to see what was said at the CB9 listening session at the Brooklyn Botanic Garden, which became the basis for a lot of last night's conversations at the CB9 meeting. This report is substantially accurate, though some revisions are in order. Basically, we seem to have come to some consensus about what needs changing, zoning-wise. At last night's CB9 meeting there was some tension in the room, and a bit of ruckus at the end not related to the zoning issue...but we did manage to pass a resolution to the Department of City Planning that contains enough of the important points to start the conversation with them. When the exact wording of the resolution is finished, with all the changes made last night, I'll post that as well, with every "whereas" and "wherefore art thou" intact.

The Q doesn't have time to go into the details of last night's meeting, but upon reflection, I don't think much of it is all that important right now. Some things were brought up that will definitely become discussions for the near future - like some residents who are very upset about Medgar Evers College's plans to close Crown Street for a campus.

Oh, and Mr. Delson of the Parkside Committee did a smash-up job presenting where we are and where we're going. Plus, the Committee's proposal to add three benches along Parkside Avenue next to trees received unanimous support.

If you have some time, I highly encourage you to read the following pages. You can really get a sense of what the neighborhood's feelings are about the current state of affairs. 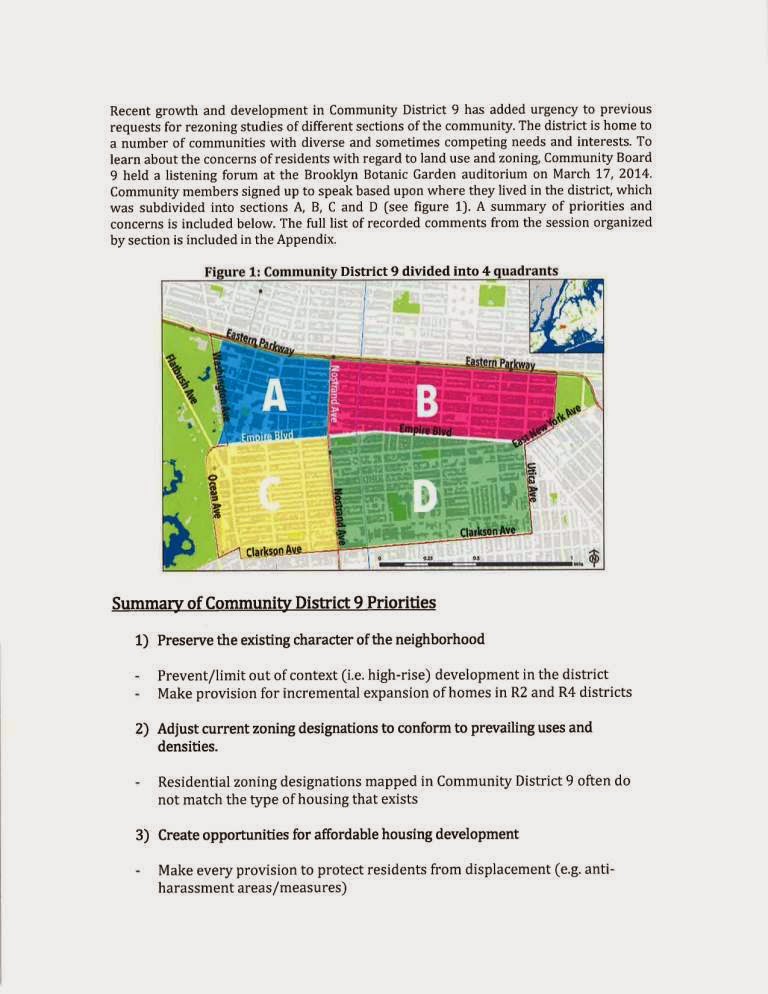 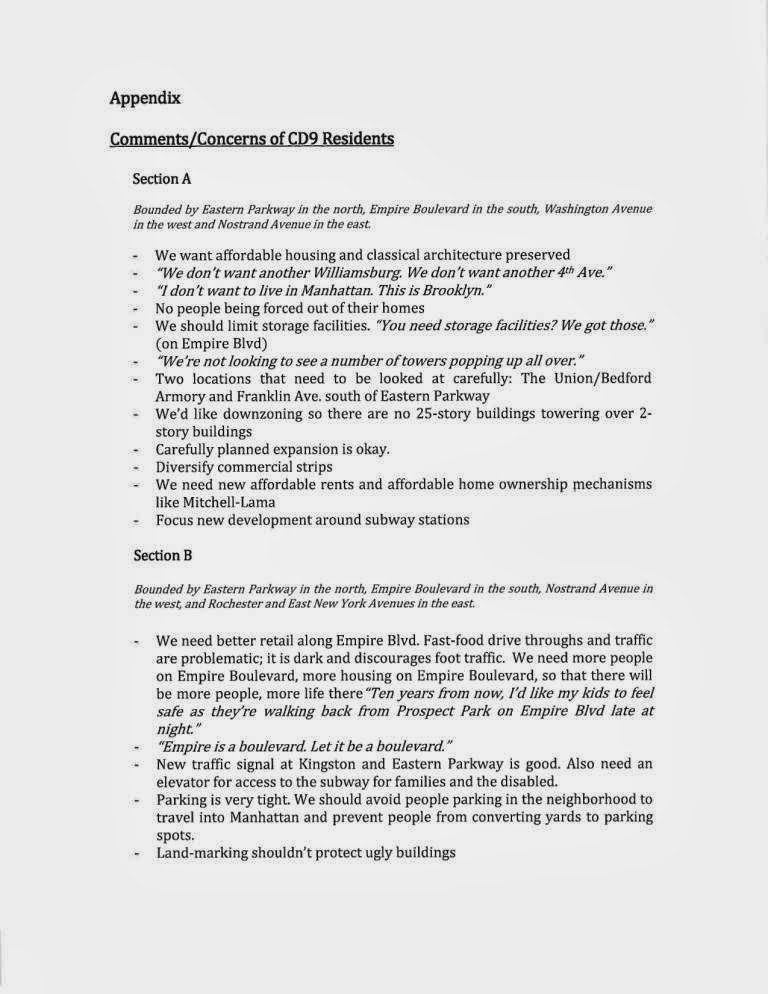 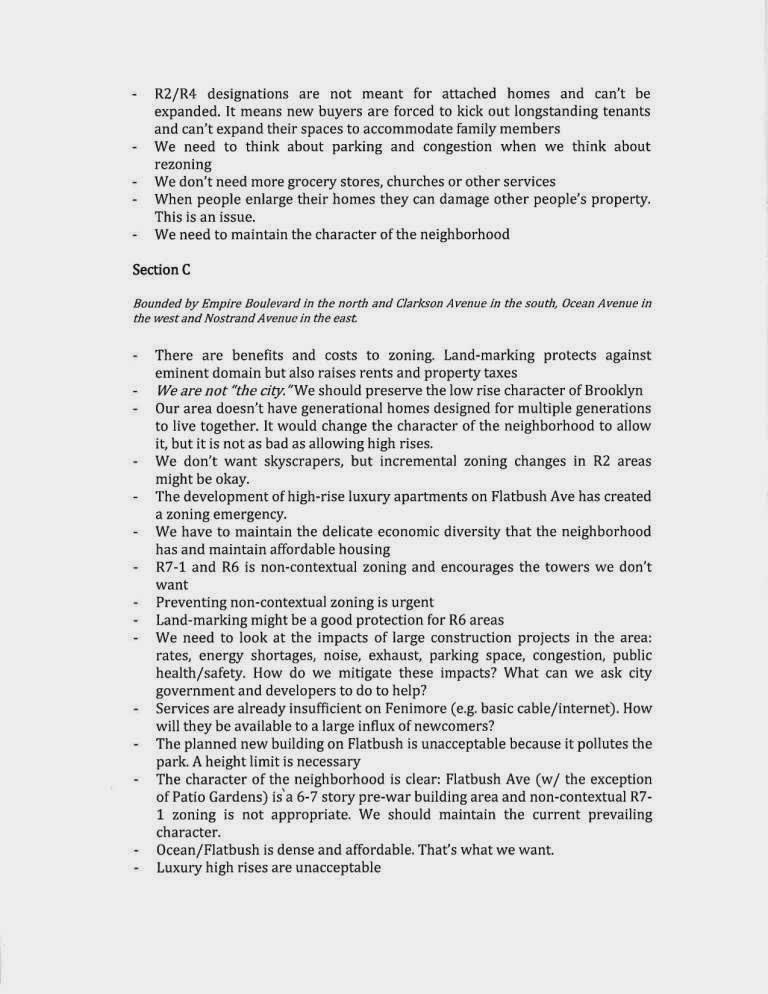 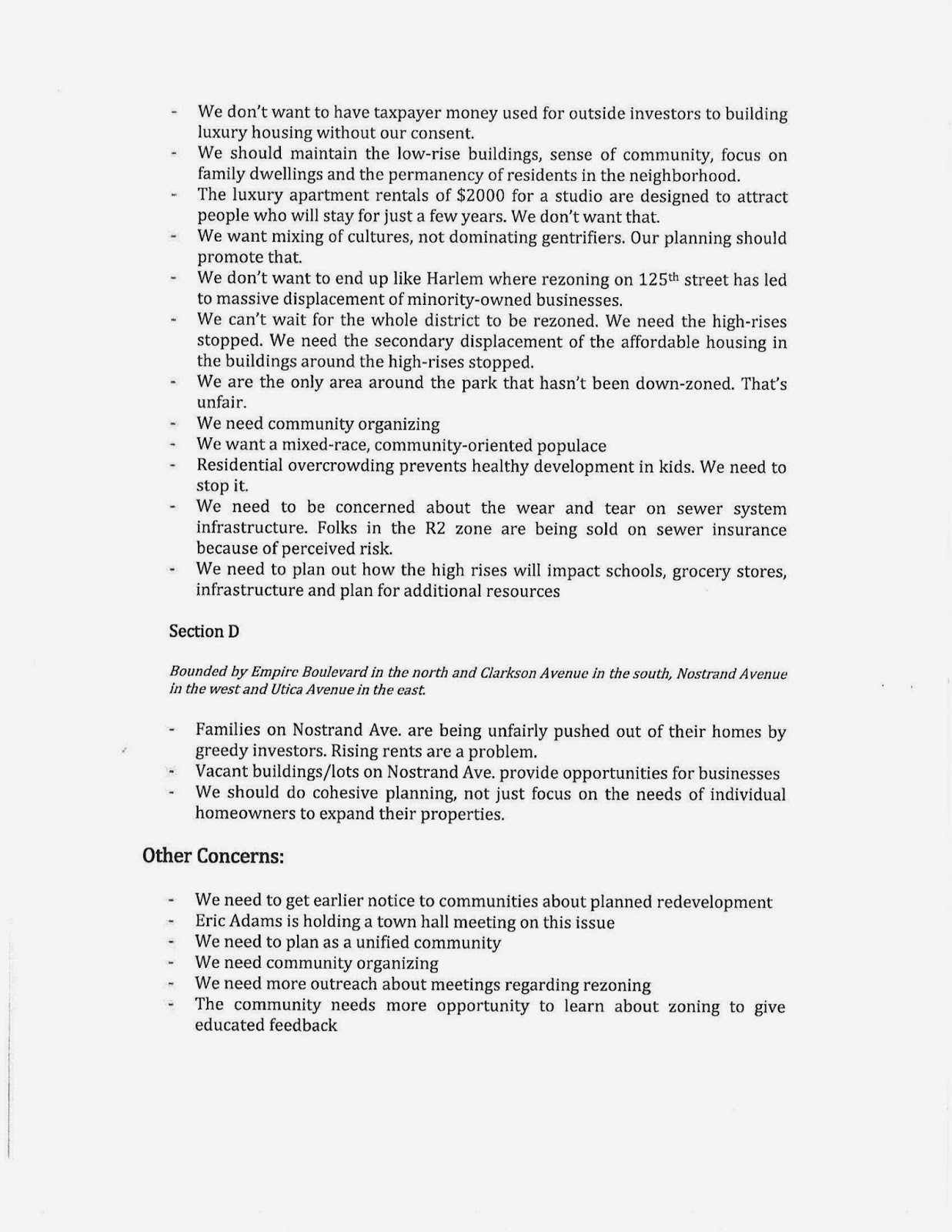 Posted by Clarkson FlatBed at 4:19 PM

I think the ending of last night's meeting brought up an extremely important matter - if 1/10 of what Diana Richardson said about the board's finances and election/officer appointment practices is true then there definitely needs to be an independent examination of the board, starting with the DM and Chaiman. Which part of the City government oversees the CBs?

I'm in quadrant A. I guess the new Walgreens will help to "diversify commercial strips" on Empire Boulevard! :) Now if we can also have new businesses other than fast food places (including the yet-to-open Checkers) can come, that would be great.