About Time That Building Came Down, I Wreckin'

626 Flatbush is in full demo-mode. A couple days ago some folks were peeved, saying it reeked that the wrecking wreaked havoc on a Saturday, since usually you can't do big demo on the weekend. I asked the gentlemen rerouting traffic on the sidewalk to show me their permit, and while they knew not they let me view the permit case and sure enough there at the top, recently posted, was a special Saturday demolition permit.

I've often wondered how one attains one of these. I mean, think about it. The rule is meant to protect neighbors from undo noise and dirt-raising. And yet, those same neighbors aren't consulted in order to get a special permit for weekend or night work. Like, who hears the case and decides it's okay? Very odd.

Granted no one's gonna miss the sorry taxpayer that was there before. Still, there's an eerie sense of drama surrounding the coming rise of the Flabenue from a dusty cradle. As one smart aleck put it "Brooklyn is growing up." As another Alec put it (actually Alexander the Great) "Sex and sleep alone make me conscious that I am mortal." However, the original Alec of Smart Alec(k) was a gentleman named Alexander Hoag who, along with his hooker wife used to rob Johns of their possessions while the deed was being brokered. Which begs the question, since she was Alec's wife: was she actually a hooker or did she just pretend to get the loot? And who is John?

From a neighbor on Ocean and a crane shot from the internets, here's the action in action: 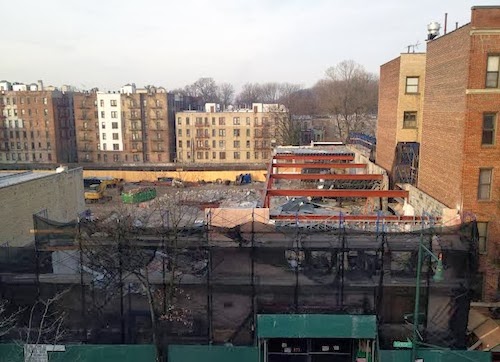 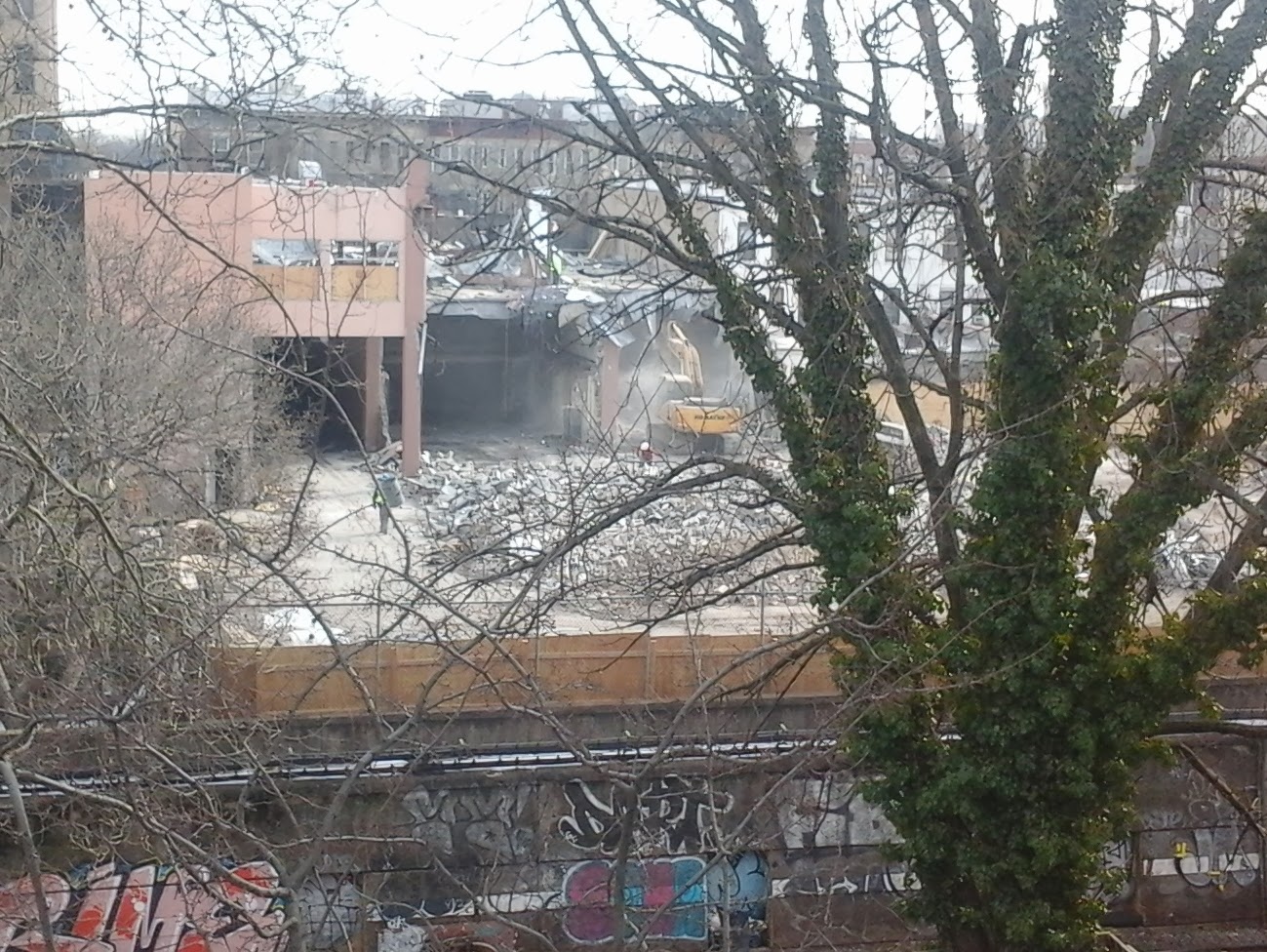 Posted by Clarkson FlatBed at 11:23 PM


Is Gentrification All Bad?


Gentrification: New Yorkers can sense it immediately. It plumes out of Darling Coffee, on Broadway and 207th Street, and mingles with the live jazz coming from the Garden Café next door.

Down the block, at Dichter Pharmacy, it’s visible on the shelf of Melissa & Doug toys. An algae bloom of affluence is spreading across the city, invading the turf of artists and ironworkers, forming new habitats for wealthy vegans.

It’s an ugly word, a term of outrage. Public Advocate Letitia James sounded the bugle against it in her inauguration speech on New Year’s Day: “We live in a gilded age of inequality where decrepit homeless shelters and housing developments stand in the neglected shadow of gleaming multimillion-dollar condos,” she cried, making it clear that she would love to fix up the first two and slam the brakes on the third.

In this moral universe, gentrification is the social equivalent of secondhand smoke, drifting across class lines.

Yet gentrification can be either a toxin or a balm. There’s the fast-moving, invasive variety nourished by ever-rising prices per square foot; then there’s a more natural, humane kind that takes decades to mature and lives on a diet of optimism and local pride.

It can be difficult to tell the two apart. “The things that low-income people think are nice are the same as what wealthy people want,” says Nancy Biberman, who runs the Women’s Housing and Economic Development Corporation in the Bronx.

Communities fight for basic upgrades in quality of life, and when they’re successful, their food options and well-kept streets attract neighbors (and developers). It also works the other way: Richer, more entitled parents can lift up weak schools, says Biberman. “They’re more aggressive, and they empower other parents.”

Gentrification doesn’t need to be something that one group inflicts on another; often it’s the result of aspirations everybody shares.

All over the city, a small army of the earnest toils away, patiently trying to sluice some of the elitist taint off neighborhoods as they grow richer. When you’re trying to make a poor neighborhood into a nicer place to live, the prospect of turning it into a racially and economically mixed area with ­thriving stores is not a threat but a fantasy. As the cost of basic city life keeps rising, it’s more important than ever to reclaim a form of urban improvement from its malignant offshoots. A nice neighborhood should be not a luxury but an urban right.

"A couple days ago some folks were peeved, saying it reeked that the wrecking wreaked havoc on a Saturday" Ha! It generally reeks of some thing or another up here because it is one of the dirtiest neighborhoods in Brooklyn. There is always some kind of havoc going on too! Be it the flood of dollar vans non stop honking and disregard for traffic laws, people constantly yelling/arguing with each other or the common siren/helicopter. Good riddance.