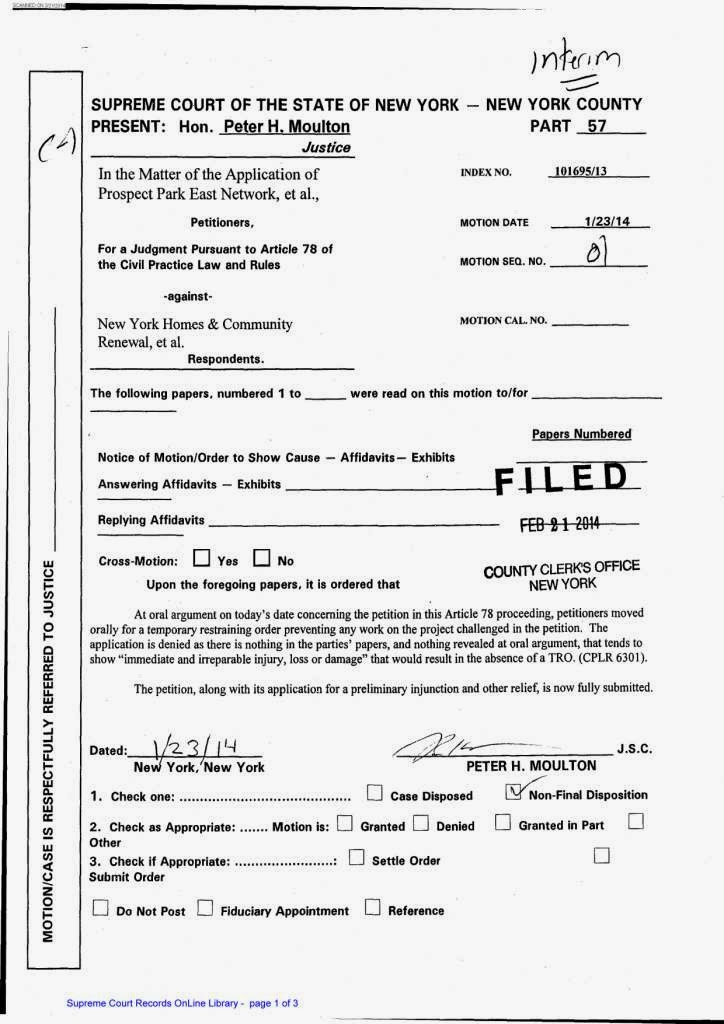 The above motion shows that...well, apparently all it shows is that the lawsuit did NOT stop demolition through a TRO, otherwise known as a Temporary Restraining Order. Any fool with eyes could tell you that. The lawsuit lives on though, for the construction phase. But what once was a drab "tax payer" building and poorly maintained parking lot now looks thusly: 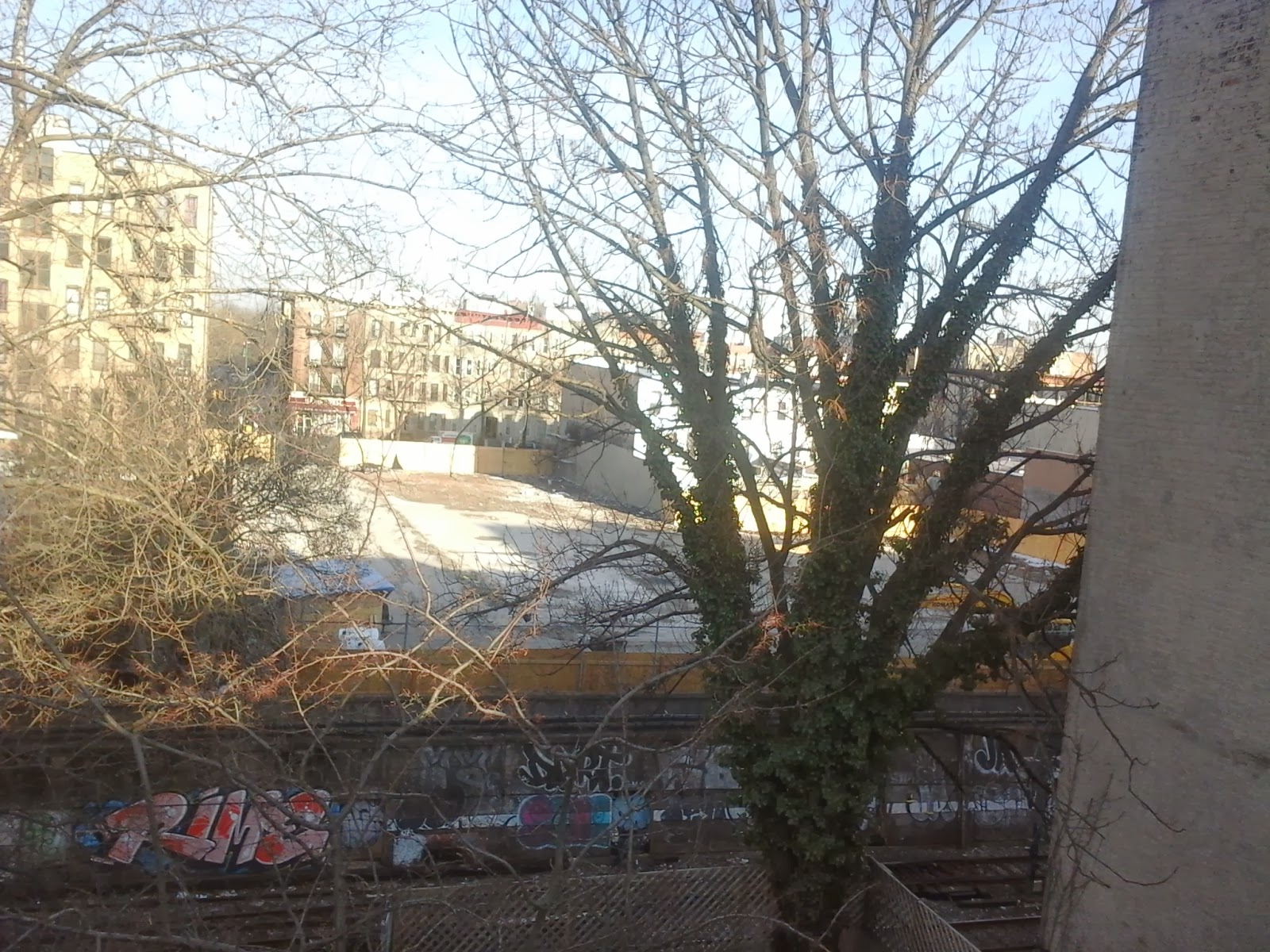 While the building won't be ON the park, you can get a sense from these pictures just how close it WILL be, as these shots were taken from a building on Ocean. Funny how this comes right on the tail of my last misty-eyed post about the end of an era. Once the dust settles, we'll all move on as if the building had always been there, of course. And I'll be among the first to welcome our new neighbors.

My biggest issue remains, other than the ridiculous height of the building of course, is that the public really never had a chance to voice its opinion. No elected officials weighed in early, no community group was given notice in time to look at the proposal, no review of the buildings' effects on the Park, the City, and the future were given their due. The developer wanted to build a 23-story building there, and now they're building the building. And there you are. Money and profits are essentially all that tells us how we want our City to be. There was a time, not so long ago, when you had to BEG developers to build. That time is over. It's not a buyers market anymore. It's a sellers market. We can demand more from the builders than we ever could have dreamed. Instead, we settle, uncontested, for whatever someone wants to build and where. We applaud 20% affordable on a building that will make a fortune. 20% doesn't cut it anymore, especially with secondary displacement, which yes, is a real thing.

It's time to stop being told how we're supposed to live. A huge movement is brewing in Manhattan to stop the madness, but you'll need to read about THAT on another blog.  It's time to tear the page from the 1961 playbook that zoned our neighborhood. We need to come together and discuss what we want to be when we grow up. And grow UP we're being forced to do, very quickly.

Come out to the Community Board meeting tomorrow night, where a motion will be made to place a moratorium on non-contextual new construction along Flatbush Avenue until such a proper study can be conducted and new zoning decided. Oh, it's probably too late for 626 of course, and I know plenty of Q readers love the rendering and all that they expect the building will do for the neighborhood. But I also know, and have come to listen to, the many many people concerned about what this building means to their home, to THEIR idea of home. And not everyone is pleased, nope, not at all. So I can't help but feel sorry that the voices didn't have a chance to be heard sooner and the conversation had before the rubble was cleared.

Que sera sera. The smart money wins. The early bird gets the worm. Sleeping squirrels gather no nuts.* Out with the old, in with the new. A stitch in time woulda saved nine. The Phat Lady sang. That's the way the patty crumbles.

*By the way, that sleeping squirrels one is the Q's. Use it frequently enough and maybe it'll catch on. I could die happy knowing that I'd created a phrase that lived beyond me. I tried to get people to call Barclay's Center "Fudgie the Whale," but failed miserably.

I hope this isn't fodder for landlords to follow the trend of 115 Ocean and just start letting buildings rot in the hopes of pushing tenants out. It's going to be interesting to see what happens at 60 clarkson ave for that reason as well. After the wnyc story it seems like they got some heat and it looks like there was some repairs, but what happens to poorly maintained transitional housing when a luxury condo gets built right next to it?
As for 626, zoning is a powerful thing--hopefully we learn from this and can be less reactive and more proactive, regardless of where one stands on shiny glass condos.
Depressed Urban Planner

As I try to brace for the construction noise, the dust, the giant, scary, herky jerky machines and the gradual boarding up of the sky, it is an incredible thing to see all that space and light and air every time I approach the site from Fenimore Street. Makes me feel like I've been transported to the time of Gangs of New York but without the poor oral hygiene.

No_slappz:
Please email me offline. I'd like to discuss something with you. Thanks.