The Losers of Lefferts

The Alternate Enforcement Program. That's what the Department of Housing and Preservation and Development (HPD) uses to identify the worst rental buildings in the City in terms of violations. We have a bunch of them in our Community District, in fact, way more than our fair share. One that the Q pointed out in a previous post is 115 Ocean, as written up in the Daily News. 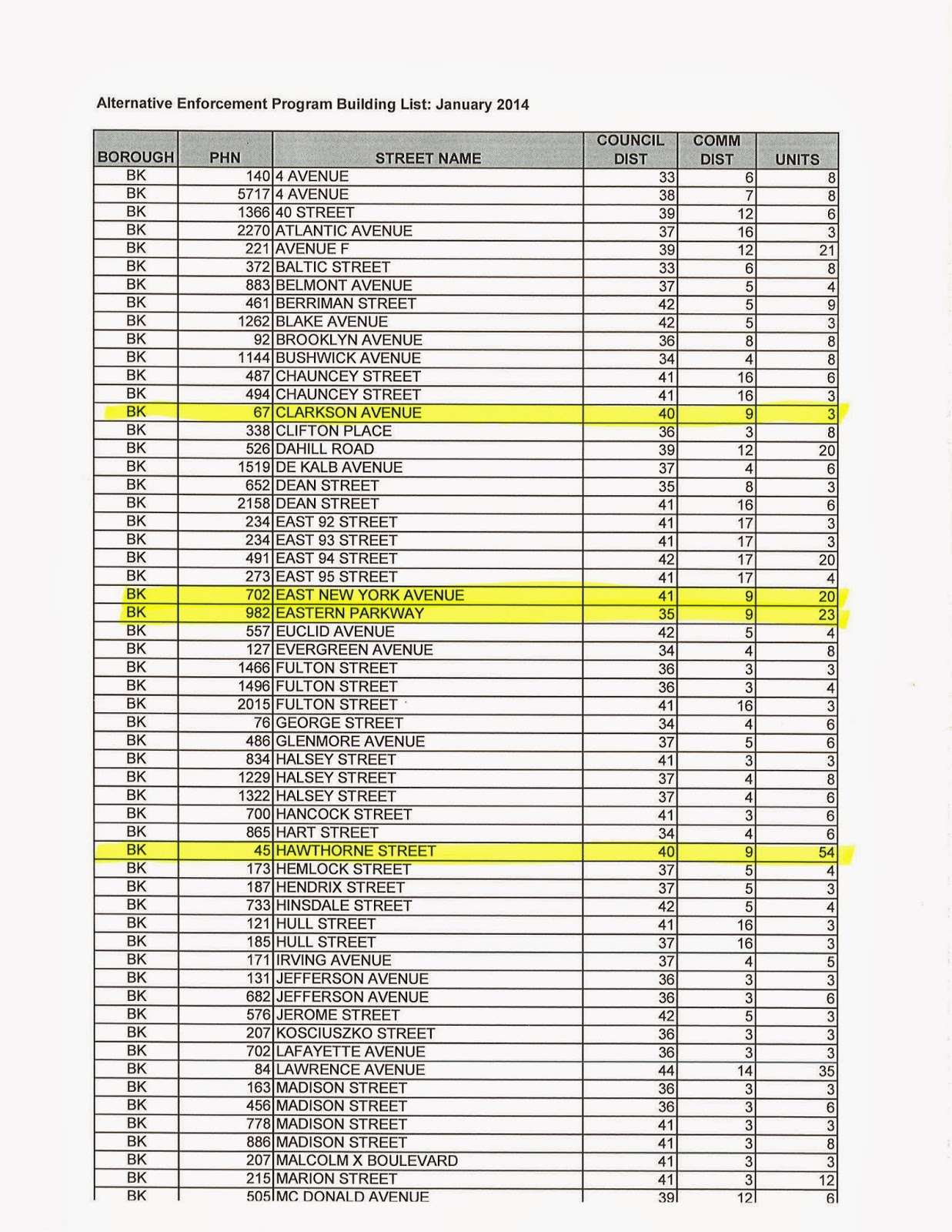 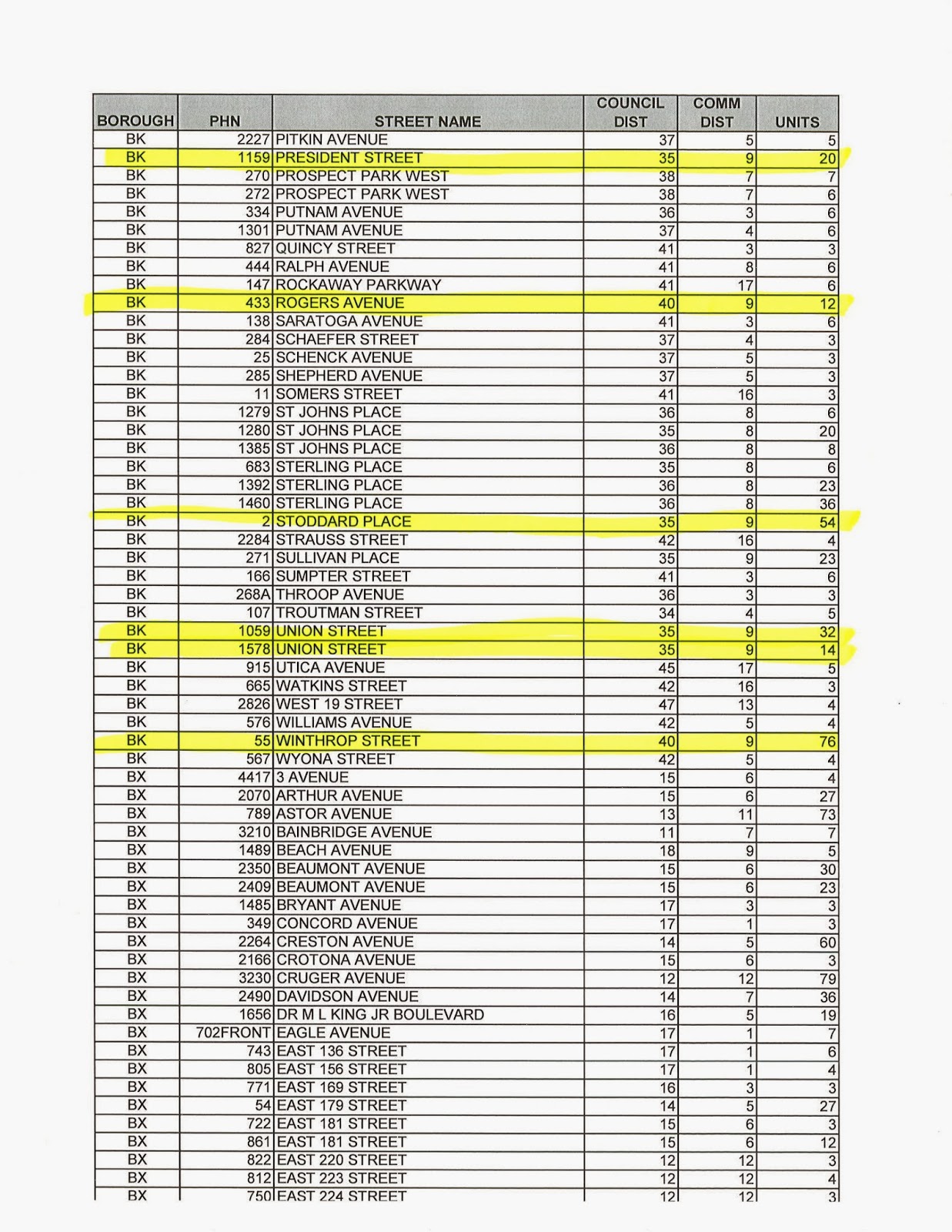 Then there's the gorgeous wreck known as 67 Clarkson, a rowhouse cum crackhouse down my block. Then there's 443 Rogers, which is just north of Lefferts. Anybody know anything about that one? Then of course there's 55 Winthrop, which I understand is a quickly gentifying building. I'm wondering if this is one of those situtations where the landlord is making life hell for some stabilized tenants in order to get them out and raise rent. And 45 Hawthorne next to that goofy contemporary building - what's the dealio there? 1159 President is not far away, between Rogers and Nostrand. 1059 Union is just up the road, off Franklin near Eastern Parkway. And while "Stoddard Place" may not ring a bell, it's the little street just north of Empire and just east of Bedford, behind the Rite Aid and where the new TD Bank is going up.

From back in 2010, a similar list went out and our then-neighborhood-watchdog Hawthorne Street had this to say:

I was psyched to see that the City has put its slumlord data to good use: a handy map allows web users to see the worst landlords at a glance. Here in PLG, two have earned the "worst" designation, Louis Bombart of 150 Lefferts Avenue (bet. Bedford & Rogers), and Jean Bernard Mode of 441 Rogers Avenue (bet. Lefferts and Lincoln). Congratulations, guys.

The program accelerates penalties and gives short windows to remedy the situation, or the City does it at their expense.

Posted by Clarkson FlatBed at 9:18 AM

433 Rogers Ave is actually just south of Lefferts (it's right next to the building with Rick's Brooklyn Cafe on the ground floor). It's a smaller building (12 units) and doesn't look that bad from the outside. Never noticed anything amiss or heard anything about it.