Did That Really Just Happen? 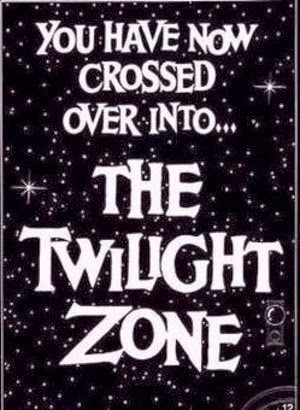 The Q couldn't do justice to Tuesday night's Community Board 9 meeting over at MS61 on Empire at NY Avenue. Thankfully, plenty of folks were in attendance, so you can probably find someone to back me up. It was hilarious. It was sad. It was absurd. But you know what? In the end, we'd made it to the end, and no one was bleeding on the floor. (I had a bit of a cramp in the tuckus, but no flesh wounds).

Here was the gist, and trust me, you're lucky to be getting the short version. Three different groups came before the Board (via a chaotic couple of committee meeting two weeks ago) asking for remedy regarding land use - ULURP they call it. The Department of City Planning is in charge of deciding what you can and can't build on a property. Think you can do what you like on your land? Heck no. There's all kinds of rules of what you can and can't and permits and Changes of O and who really cares to go down that rabbit hole right now anyhoo.

(please excuse the simplistic nature of some of this...for you land use experts please don't be offended - and hey, we might need your help!)

The basic idea here is that a City as dense and diverse and compact as ours has to have some way of organizing itself, so that we're both able to grow and prosper AND not get in each others' way too much. (Actually, I think I just accidentally did a pretty good job of explaining a lot of people's City salaried raison d'etre.) It's really important stuff, and we've been lucky to borrow the Borough President's land use guy Richard Bearak for info and guidance. The man has such a twinkle in his eye when he talks about zoning it almost makes you wish you understood what the Sam Hill he was talking about! (Seriously, the guy is a godsend, because once people trot out the R7-1's and R6-A's and C-3PO's and R-2D2's you need a ULURP Jedi Warrior like Bearak to bring it all back to Alderaan. Follow me, Chewy? Speaking of disturbances in the force, how about that crazy lady Pat with the Fight the Power t-shirt and the Gilligan hat? She's been jazzing up the CB meetings for as long as I've been a member. Thank god she's there to keep it light. One classic Pat question from the floor to a person who had just made a presentation: "Who are you and what are you doing here?")

So one group, the Crown Heights Jewish Community Council, representing dozens of Chabad Lubavitch synagogues, and therefore a few thousand people, wants a bunch of blocks in the NE quadrant of the community district upzoned from R2 or R4 to R6. By the way, it's no small feat to achieve such rezoning. It takes time. It takes patience. It takes money (usually coming from the City, so you gotta get your electeds on board). The reason for the request, as Rabbi Eli Cohen of the CHJCC put it, is designed to allow families to build out their houses to accommodate big families. It's no secret that many Orthodox families are quite large, and current zoning restricts how much you can build up and out. The reason for such restrictions, as I've mentioned, is to avoid a situation where MY building plans piss YOU off, and as a result of the limits we can all maintain some uniformity to the housing stock and the density and "feel" of a block - and my view from my backyard won't suddenly become a view of your second home. If you want to make it even MORE uniform, you can try landmarking. In which case you can't hang a picture without seeking permission first. (I'm joking, of course, please don't [lime]stone me for poking fun!)

Now, it would be tempting to lump that request in with the request coming from the other side of the park - namely, asking that the Board support a moratorium on too-tall development along the park and Flatbush Avenue. Not a moratorium on DEVELOPMENT with a big D, mind you. Just massive luxury buildings designed to appeal to folks wealthier than 95% of the people living in the neighborhood. There's not much anyone can do about buildings going up that achieve market rates. In fact, good for you! Many of us prefer, of course, that there be an affordable element to your building, and 80/20 is frankly not keeping pace with the displacement, but that's what we got for now. However, we know you're not in the business of "giving away" homes, so let's be reasonable here. Do you really have to completely change the character of the neighborhood? Without asking? Or even checking in? In the case of 626, that would appear to be the case.

The moratorium on outsized development, like the lawsuit against 626, is a longshot of course. In fact, it rarely happens. But there are ways to bring the issue to the powers-that-be and hope for someone to come along and look at the zoning, and perhaps as we've since learned, add an amendment of some sort to the zoning R7-1 along Ocean and Flatbush that would protect the view from the park, and the view of the sky from the rest of the neighborhood. It could even be a very specific height restriction, say 100 feet or so. Because regardless of what anyone thinks of the 23-story building at 626 Flatbush, it's just the beginning. The "secret" is out. Yep. We're near the park. And (sorry I can't resist) white people are now willing to live here.

One other request was by a land owner on Empire Blvd near Brooklyn. He wants to build an apartment building, where now it's zoned commercial. The Q feels this is an excellent use of this process...turn moribund commercial space into places to live. He was pretty sketchy on the details (probably an 8 story apartment building), and he didn't bother to come before us himself (he sent his lawyers), but generally speaking this is the sort of thing we need MORE of on Empire, rather than Sonics and Self-Storage.

I'm not going to bore you with the details of how all three motions were received - it was pretty unpretty at times. The CHJCC motion is going back to committee due to our (CB9's) incompetence, but the moratorium idea passed with overwhelming support. Despite concerns, the Empire lot rezoning passed too. In retrospect the three motions probably shouldn't have been presented at the same meeting. Because, and here's where I start choosing my words very very carefully, there is a history in Crown Heights that suggests great care be taken to identify problems and deal with them individually and not in relation to one another - as in, one group gets this, another group gets that. Feelings and resentments are still fraught with anxiety, even 20+ years after the terrible riots. And all this ties back into the question of whose neighborhood is it, and the what are the needs of its inhabitants.

Now if that was too vague, let me focus on Lefferts and say just one more thing. As the demographics of the neighborhood change, so does any "consensus" about the kind of future we're looking towards. In parts of Canarsie, by way of contrast, the neighborhood is more than 90% Haitian. It's pretty safe to say, then that if the Haitian community develops consensus around something, then you can move forward with confidence on that project, after hearing of course from the minority views. But right now, the demographics of Lefferts are SO diverse, economically-racially-ethnically-religiously-birthplacely-dareIsayPolitically, that it will be very hard to find true consensus on things that involve even slight controversy between those various sets (assuming there's consensus WITHIN a set of course). Which is why even though there are plenty of folks who see ALL development as bad for rent prices, that was not the motion and is not the mission the Q has signed on to. The members of PPEN, pretty much all our elected leaders, the groups LMA and PLGNA, have all signed on to a contextual zoning request, and now are being urged to support a moratorium on non-contextual development until that happens. Once it happens, we can all go back to playing our congas in the drummer's grove. Groovy? Good.

Addendum: We were one of the first groups to meet with new borough prez Eric Adams (go team Lefferts!), and he's agreed to hold a town hall style meeting on March 20 to discuss. We need everyone and their nephew to come and out and speak up.


Posted by Clarkson FlatBed at 7:19 PM

Thanks for the summary! While I appreciate being able to skip some meeting and still be abreast of what's going on, I also tremendously appreciate alerts for important meetings where attendance is especially important. March 20 is on my calendar. Oh, and I'll talk to my siblings to see what they can do about getting me a nephew before then.

I've been waiting for your recap of Tuesday's meeting. It was one I was bummed I couldn't attend...I knew it was going to be a doozy. And yes, Pat is always good for an eye roll.