Diana Szochet - Don't Forget That Name At the Polls Tuesday!

So you're wondering whether to vote on Tuesday? Check out this piece on Diana Szochet, if you happen to wonder who would be an excellent choice for Civil Court Judge. You know, judges. The line on the ballot where you make a decision based on the name? I've done it; you've done it. Lesby real. (I'm not voting for someone named Lipschitz, no matter how fabulous is the whole Lipschitz family. Or maybe I would. My generation is big into "contrary," which is why we all end up doing the same things and using the same "unusual" baby names for our children.)

Look, I don't know lipschitz about Civil Court law. I know that Diana Szochet has been endorsed by people I respect, and I know she's spent her whole life worrying about people that society leaves behind. I guess you could say she's very pro Pro Bono. Plus she's the only candidate who has been vetted and approved as qualified by all possible vetting orgs, like the NY and Brooklyn Bar Associations and even the Independent Judicial Election Qualifications Commissions, which is another way of saying she put herself out there for close inspection by her colleagues, and she passed muster.

But please, just remember this. Whomever you vote for, just don't vote for Sharon Bourne Clarke. She's been deemed "unqualified" by that same IJEQC. And she sounds like she's running as a Clarke (her married name) despite spending most of her professional life as a Bourne, because to be a "Clarke" around these parts is really something. Remember what I said about choosing judges based on name? She gets that. Don't be fooled.

I know, I know, you probably haven't lived here long enough to hear, but Una and Yvette are like demi-goddesses in the political world. Not that either of them is or was a particularly good elected official, but apparently in the Caribbean world, their word is to be followed like Ting after jerk. 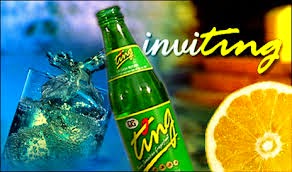 See you at the polling place! Okay, so if I actually do, it's unlikely there'll be a sea of faces between us, so remember...your vote really does count in these off-presidential primaries. Drink Ting! Vote Szochet!

Posted by Clarkson FlatBed at 9:07 PM