O No! SoCro Goes So NoCro on Fra So of EPW.

Translation: The rebirth of Franklin Avenue north of Eastern Parkway West (EPW - nice, right?) has meant sky-high rents in both residential and commercial spaces. So, naturally, the trend moves south of EP to the less yuppified SoCro. Now, I know all these terms are absurd. They ALL are. I guess since shorthand is no  longer a requirement for today's secretarial pool, I think we're all looking for more modern time-savers, in this oh so hectic world. Such busy lives! Answering email! Getting coffee! Taking care of THE KIDS! (um, you always had to take care of the kids. that one is not new y'all). Working!! (yep, always had to do that too). Church! (wait, most of us took that one out). Doing chores! (now you're just whining).

I'm ready for Carroll Gardens to become CarGa, Boerum Hill BoHi and Bedford-Stuyvesant Bed-Stuy. Actually, it's already called that, so let's shorten it a bit more to just BeSt. I've already predicted that East New York become ENY (pronouced eenie) and Mill Basin MilBa. Sheepshead Bay? SheBa of course. Brighton Beach? BriBe. It's my blog. I can do this all night...

First up in the new biz department, a place sure to keep waistlines bulging and the species procreating called Butter and Scotch. Basically you can get shitfaced and then shove your pie hole full of pie. And therefore, my prediction? Huge hit. The gals already have a big following and they seem to have that quirky Brooklyn sense of humor thing down. They're calling it Brooklyn's First Artisanal Dessert and Craft Cocktail Bar.

Founded by Keavy of Kumquat Cupcakery and Allison of First Prize Pies, Butter & Scotch will have an emphasis on seasonal ingredients and the interplay between the bar and pastry kitchen, Butter & Scotch will be exciting, welcoming, and most of all, fun! They plan to open in October or so, but in the meantime you can find them at Smorgasburg market every weekend.

But then SoCro already has the delightful bakery down, in Lady Charles. Karen Charles has been eliciting oohs and ahhs and mmmmm it's positively sinfuls for a year now. Up 241 Rogers at Carroll, the joint is spiffy and colorful, next to an attractive wedding apparel joint called Pantora (below the below), run by a (gasp) 24 year old entrepreneur named Andrea Pitter. 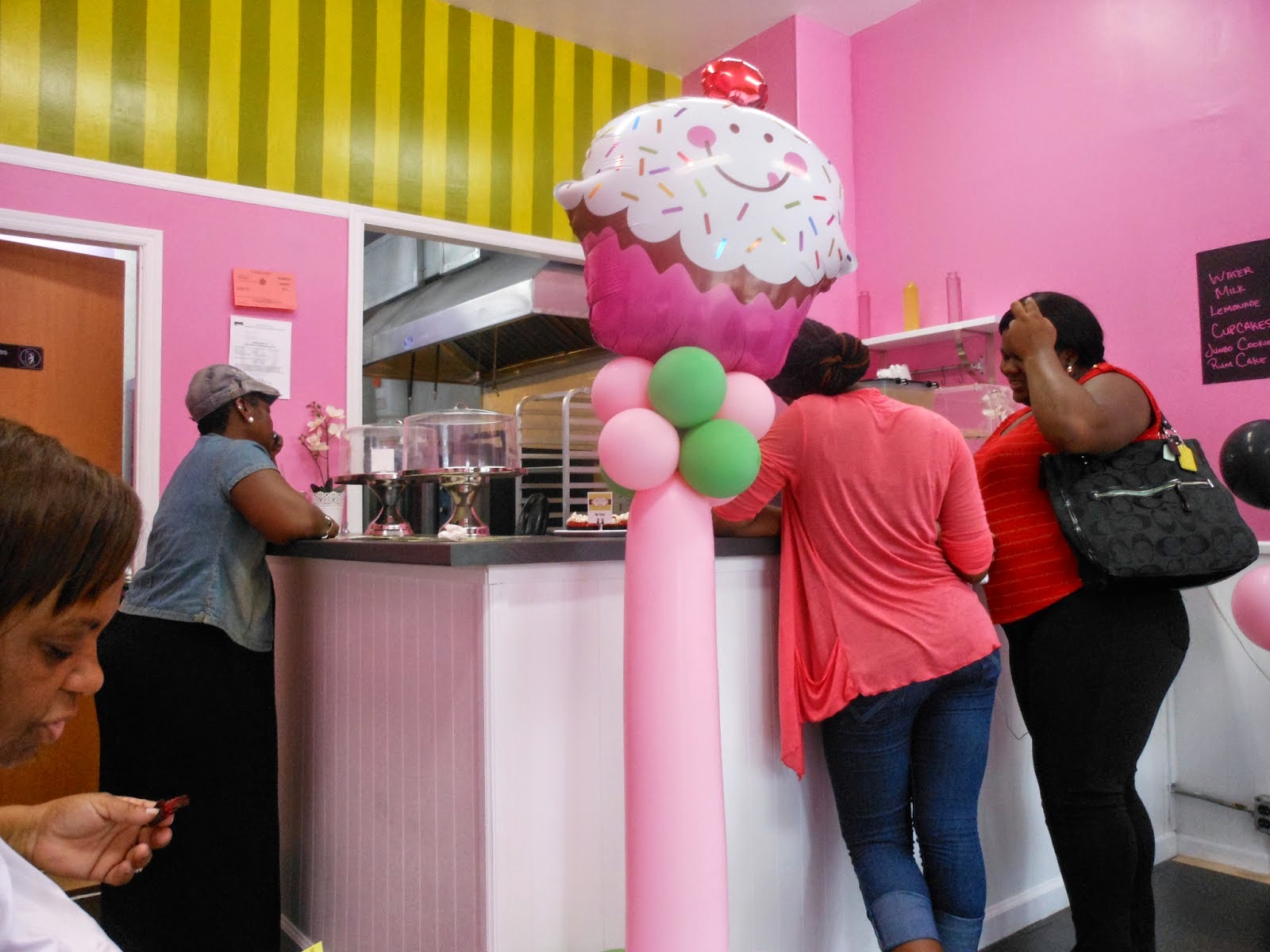 And longtime fave from above the Parkway and one of the early gentry entries along now-fully bourgie Franklin Avenue OWL AND THISTLE has moved to SoCro (no really, I promise I'll stop). Rents meant you can't run a store like this, with it's curated knick-knacks under the subtitle "General Store" and expect to make a profit on six or eight grand a month in rent.

Oh, and there's a bar opening on 225 Rogers by a dude named Chris Buckley. This joint anticipates the large apartment. building going up where the church used to was.

So much commerce. So many calories. So much alcohol. So many marriages. So little time.

Posted by Clarkson FlatBed at 12:21 AM