The Uses, Or Not, Of Hyperbole 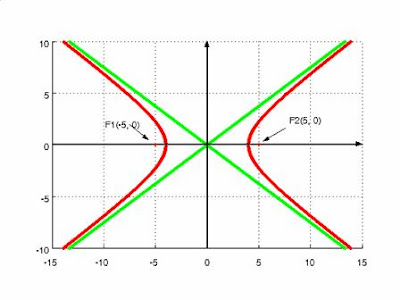 Is it helpful to describe issues of development in Lefferts as class warfare? Probably not. This writer has tried to wake up the neighborhood to the fact that decisions are made in its name that will affect us for a long time. Perhaps his language is a bit over the top. Because, and here's the honest truth, there's not much any of us can do about runaway development. And on his most cynical days, he says...who gives a damn. If people are set in their ways let them be. They'll die, then I'll die, we'll all die, and why bother to point out hypocrisy when we're all equally to blame for destroying the Earth and punting our problems to the next generation? At least political movements like "Black Lives Matter" have identified true lingering sores in the fabric of America, and are trying to address it. I'm thrilled to see movements like that, Occupy Wall Street, the Crown Heights Tenants Union, taking hold. But when entrenched gentry start to defend their turf as if they are Entitled to make decisions for us all, I get on my high horse. I've always had a problem with Entitlement, even as I walk the streets oozing it from my pores. Perhaps we despise most what we see in ourselves. No matter. It's just a blog. It's just an opinion. Don't like it? Start your own blog, and I'll be happy to link to it. Seriously.

Every night I vow to quit CB9, save my sanity, and watch the neighborhood succumb to its own capitalist takeover, while people plan and scheme to demand from the City things it will not give. Even this whole Text Change war is nonsense. The Mayor's committed to it. He has quite a few allies on the Council. It'll pass eventually. Go ahead, count the Community Boards and "Trusts" and alliances for a "human scale" City. They're essentially anti-housing. And their arguments about "secondary displacement" are pretty hard to defend, especially when they're peppered with protectionism and preservationism. The Mayor and Carl Weisbrod are on a mission, and they're not going to let a bunch of "concerned citizens" get in their way.

Don't get me wrong - I love landmarks and landmark neighborhoods. But you can't landmark the whole City. Everytime you downzone or landmark, you have to recognize you've taken potential building away, and that with great demand you must build somewhere else. The "human scale" movement has one thing right - we don't need these damn super tall buildings that no one lives in but money launders and oligarchs. Who, as we've seen, don't actually live in them. Enough with the ultra-luxury market. Build market rate housing. But it ain't all "luxury." Some of it is shit for $5K. Try explaining that to the recent college grad who can't afford it, and decides to buy a whole house in Detroit for less than a year's rent. Granted, it's Detroit. But when you're young you don't care. The Q quite enjoyed his days next to two crack dens. Hardly noticed actually.

We can only try to squeeze this or that out of the whole thang, or cap heights. Repeat the fact: capping density or heights in one place (downzoning or contextual zoning) requires easing them elsewhere. Perhaps, were NYC not in a deep crisis of low inventory that sets rents spiraling upwards, we could imagine lowering potential density. This is not the case. It's not in the projections. High income jobs keep appearing and people keep moving here to nab those gigs, and they want to live here. Is this bad? Some say quite the opposite, it's good for the economy. It keeps people working, even those who live at the lesser income levels. Unemployment is quite low for NYC. That's good!! The problem, as we're told, is that all these working people - all equally deserving of a decent place to live - can't find one. When it's just "the poor," it's easy for the City to call it a social problem and deal with it that way, or more typically, not at all. But it's not just the poor anymore. It's working people all the way up to families $100K in income who are struggling to live here. The data don't lie. Folks can complain about "neighborhood change" all they want. But the change is a direct result of a healthy City in an unhealthy housing environment. Were we dealing with rampant unemployment and spiraling crime, the issues would be different. But the dissatisfaction and unease would be equally intense.


Posted by Clarkson FlatBed at 8:49 AM