The PLG vs/ Lefferts Gardens vs Flatbush wars be damned. Once developers start naming buildings all the way south on Linden "The PLG," the joke's on us. 123 Linden was very recently the site of a stately longtime old-age home, and ironically also housed offices of the only man who probably could have prevented this building being built, Councilperson Mathieu "Empty Suit" Eugene. 123 Linden is now visible from the Empire State Building. Because frankly if you can see the Empire State Building from the roof of "The PLG," that Lady serving as a symbol for freedom (or for cheap European labor, depending through whose eyes you're viewing)  - if you see her, she can most certainly see you.

Wow that building looks SO much bigger than the Q ever imagined. There were reasons for its being built, and they weren't all nefarious. To save the nursing home behind it, the board sold off the land and presumably air rights for what has become, I suppose, the new normal. Though even in market-rate-ridden PLG/Flatbush, there ain't nothing normal about this place. I mean, c'mon, TWO swimming pools? 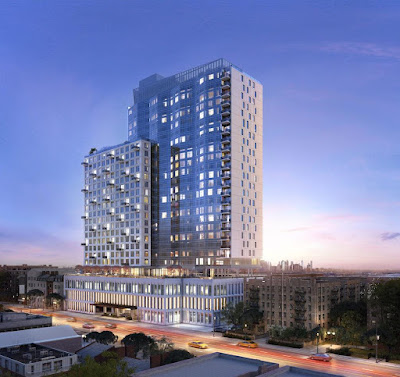 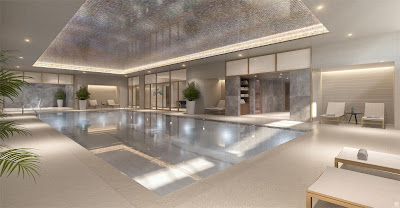 Posted by Clarkson FlatBed at 10:31 AM 3 comments:

Nazi Rally Over; Time To Get Busy

Geezus Effing Kree-stay. Last night's State of the Union was propaganda, lies, jingoism, nationalism, cheering zealots - everything but the Hitler Salute. We're in some deep shit folks. That was so utterly and awfully terrifying, and I don't scare easy. The Medal of Freedom just went to a virulent sexist racist with a vicious tongue.

Look. I know we're busy. We've got lives and kids and family. But none of that means anything without a future.

Let's all dedicate ourselves this year to sacrificing what we can in the name of the country. If you're comfortable now, you won't necessarily always be. And if you're comfortable now and able, why not fight for the rights of others? Trump is white Americas problem. And it's time for white America to step up and take him out. (with help of course).

Pick your candidate. And quit yer whining Bernie Bros! This is your time. You earned it. Cut it with the conspiracy theories and mansplaining and trying to "outliberal" everybody. When you're the front-runner the ONE THING you can't get away with is being an asshole.

You're winning, BBs! Bernie is not my first choice for president - that would be Elizabeth Warren. She'd be a MUCH better commander in chief. But Bernie and his acolytes will out-work her and bring out a wider tent than we've ever seen before. He should name her as VP by the end of April so we can all get to it. And Bernie Bros? Don't let us the fuck down, okay? You've been champing at the bit and complaining since the Dem Convention in 2016. Do your thing and make us proud. Just don't be a dick about it.

Come to the debate on Friday. And get ready to rumble. 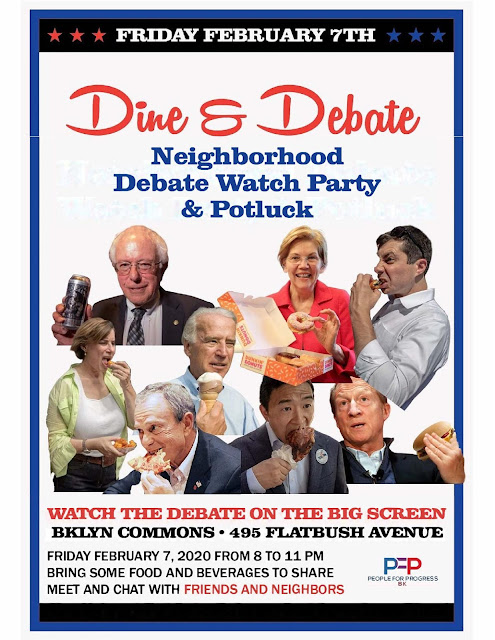 For Pete's Sake: "The Benny" Is the Q's New Neighbor

Never in a million years did the Q expect to read this sentence referring to my down-the-block neighbor building that's taken the place of a cinder-block Pentecostal church: 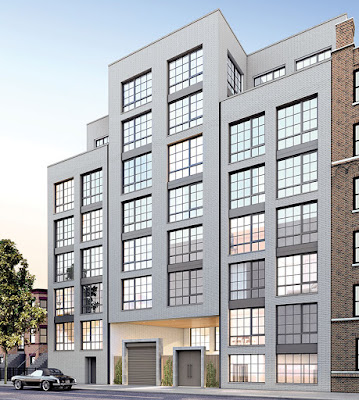 We've watched as this puppy grows to full dog-hood, and now we get to attach a name. The Benny. Like, what, the Benjamin? The drugs? The word also refers to rude, dumb tourists from NYC who visit the Jersey Shore and piss of the locals.

Ladies and Gentleman, I give you The Benny. And thanks to our friends at MTOPP, there are exactly ZERO below-market rent-stabilized apartments available.