This guy was the quintessential Brooklyn kook, in the best sort of way. Endlessly optimistic about the potential for greater relations between races and religions, Bob was a neighborhood leader, avid cyclist and occasional gadfly who cared deeply for your (our) neighborhood. He will be missed. Godspeed.

My most recent post about Bob was on his 90th. 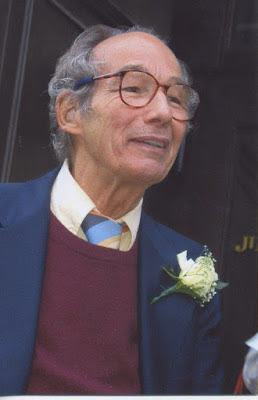 Posted by Clarkson FlatBed at 1:06 PM No comments:

Shooting Across From the Q

Been a few years now, but this very spot was the scene of another tragic shooting of a young rollerblader named Brian Scott. Live in a neighborhood long enough, you remember things like that.

Opaquely biased story here. As a note to those unfamiliar with the NY Post's rightward political lurch over the years, every mention of crime needs to be accompanied by some sort of mention of how violent crime is on the increase. It's true, there have been more dispute-shootings of late.  I say "dispute" because the phrase "gang violence" has come out of favor, and was never very accurate to begin with. The difference in my mind, and maybe yours, is that men get pissed off and resentful and resort to deadly violence, and the existence or not of a "gang" is not predictive. Violent confrontations aren't that different anywhere in the world, soccer hooligans come to mind, save the access to firearms. Pretty much anywhere there is disparity, poverty and fuel like drugs and booze, dudes get frisky. Think West Side Story, but replace knives and dancing with guns and cars. That's America.

So who's the guy the Post goes to to explain it all? I know who this gentleman is - you've probably seen him too. On this particular day, he provided just the quote that Murdoch's rag was looking for:

Joaquin Peña, 64, was redeeming plastic bottles and cans he collected when he heard gunfire.

“I heard the shots. Maybe ten. When I heard the first shot, I ducked to the ground. And I heard a car take off very fast. This year, so many people are getting shot around here,” Peña said.

And there you are! Subtext: because liberals protest the police, crime is up.

As if the cops were ever any good at de-escalating disputes. Gimme an effin' break. They show up and put up tape, strut around, commiserate about what a shithole the neighborhood is, ask some questions that no one wants to answer, write it up, go home to Staten Island or Breezy Point.

Think I'm cynical? You better believe it. Like Ice Cube said, before, you know...

Posted by Clarkson FlatBed at 10:24 AM No comments:

Yes, it's possible to both love and loathe a building you've never been in or seen in 3D. I know because I am currently in hate/love with 15 Ocean, as rendered by Rise Architecture (no developer as of yet). The idea of turning the parking lot at Ocean/Flatbush into useful apartments and retail has been a dream of many, even long before the current crop of gentrifiers flooded past this unofficial gateway to Flatbush. But this here seems like just the sort of wholesale makeover that will put a lot of folks off, myself included. And yet, unlike other big plans for Empire Blvd and above, this one could be built as of right, with no gooey community board input or ULURP process. And if the economy swings positive, this will be a no-brainer for developers. Big apartments right on the park AND right over a 3-line train station - if you can't make money on that you're in the wrong game.

Anyone who knows me or artist Dave Eppley will know how dear the Flatbush Trees are to our hearts. They stand sentinel to an ever-evolving streetscape, kitty-korner from the BBG. We did our best to give them an update. But we always knew their days were numbered, since not only are they not landmarked - they actually DON'T EXIST to the City's Art Commission. The paperwork was never properly filed. You can search the Q for its history. I'm too obsessed with the electoral map right now to be bothered. 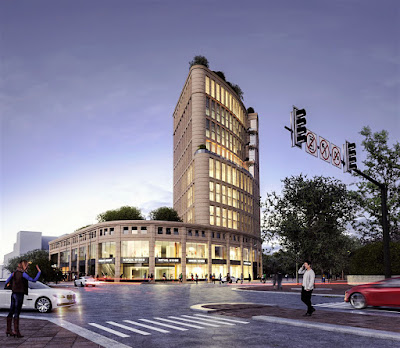 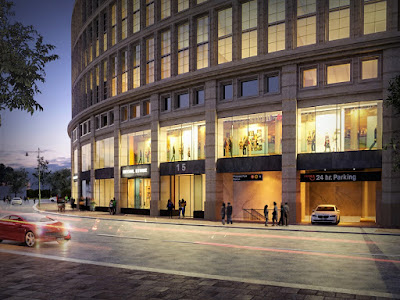 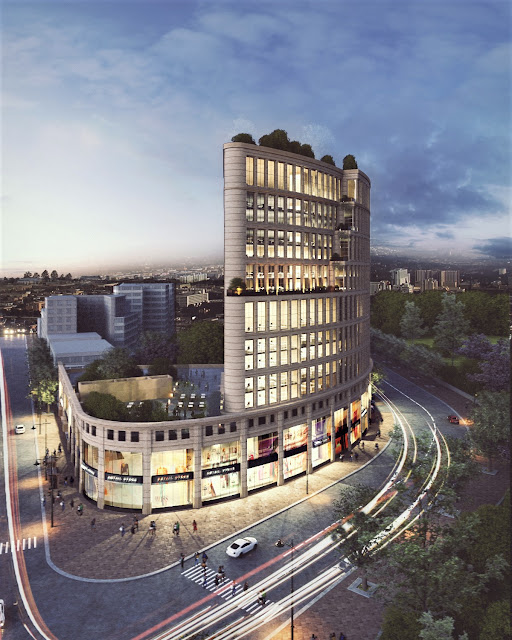