Some have asked the Q - "where did you go?" Been making music! Three records. Having a ball. Raising kids, avoiding COVID, delivering groceries. If you need proof of activity A, it's all on the online at timothyjamesthomas.bandcamp.com or just search Timothy James Thomas on Spotify or whatevs. Ask your smartspeaker. Lots of poppy music with quirks. That's m'thing, and apparently, at 50+ that's been m'thing for 40 years and you can't teach an old cat to bark.

So about rezonings. That was the Q's obsession pre-Trump, and then all hell broke loose regarding a south Crown Heights Empire Boulevard zoning proposal, initiated by the Community Board to ward off the excesses of individual developers. Back then, some of us on CB9 were naive enough to believe there was energy to rezone smartly - limiting the height of buildings while improving the stock of below-market rent stabilized housing. Believe it or not, that's STILL the progressive vision for cities. But it's become tough to enact, because NIMBY is strong, both in affluent and poorer neighborhoods. And while we're using capital letters, there's always the gaslighting MTOPP (Movement to Protect Alicia Boyd's Perspective), convincing many-a-would-be lefty that NOT BUILDING is the best way to make the City affordable. Whatevs. I lost, gave up, moved on. Hell I don't really think of shitty Empire Blvd as my neighborhood anyway. And my own block has built a shit-ton of new apartments, ALL market rate by the way.

Over in Gowanus a truly progressive, inclusive and reasonable approach passed the CB6 ULURP committee. By engaging with the City, the neighborhood gets many improvements and 6,000 new units of "affordable" housing. Now, that word "affordable" is often attacked, but let's say that at this point ANY new housing that serves up leases at below market and adheres to rent stabilization is much needed - for teachers, for professionals at non-profits, for two-income lower wage families. (True affordable housing should be matched to income, but not many private developers can make a profit on that. That's called public housing, and we need a ton more of that too!) 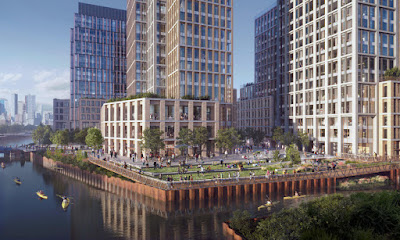 You can read all about the Gowanus rezoning, and what the community expects in return. It remains to be seen if all of it comes to pass - but it's City Planning at its best. Kudos to the department for seeing the process through and being willing to see it from all sides.

Oh, and a homemade videos from my new record "The Year of Living Safely."

Posted by Clarkson FlatBed at 11:55 AM No comments:

The Echo (Echo Echo) Is Here

Just in time f. or you to jump in your time machine and go back to Tuesday, the Echo is here with a rundown of City Council candidates. I'm impressed they got an issue out at all frankly. God bless the Echo. 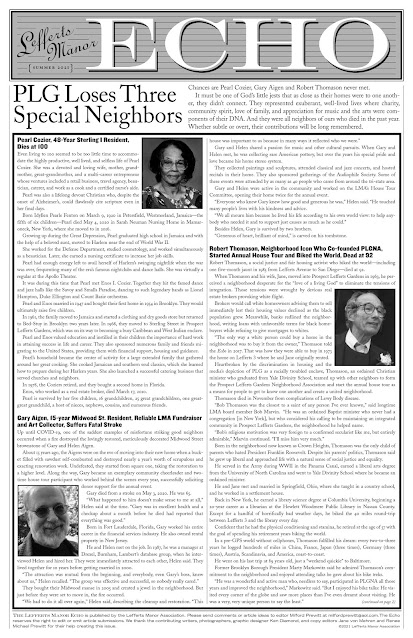 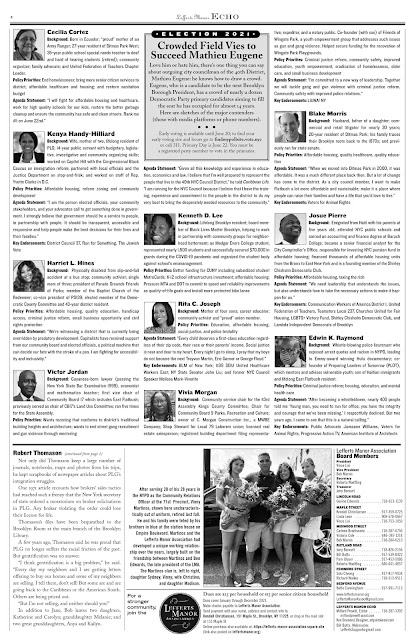 Posted by Clarkson FlatBed at 11:24 AM No comments:

Bus Tragedy at Bedford and Lincoln

Good lord. Just now, this is truly insane. Thx Eddie for the picture. Hope no one was in the living room at that moment... 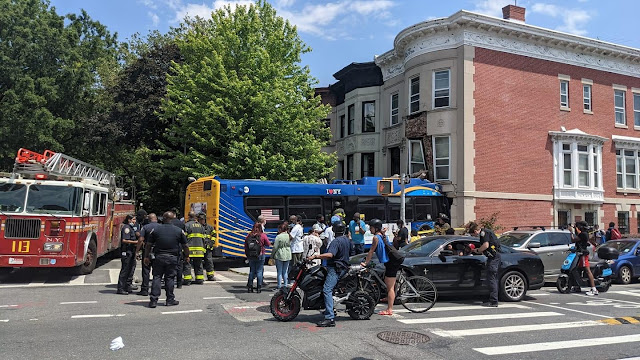 Posted by Clarkson FlatBed at 2:52 PM No comments: