Ever noticed that Flatbush Avenue from the Manhattan Bridge to Grand Army Plaza is actually Flatbush Avenue Extension? If you ever wondered exactly what that means, this picture does a fabulous job of laying it out. Remember, the only bridge at this point was the Brooklyn. Williamsburg already has that domed bank building, if you're looking for where the W-burg bridge would eventually be: 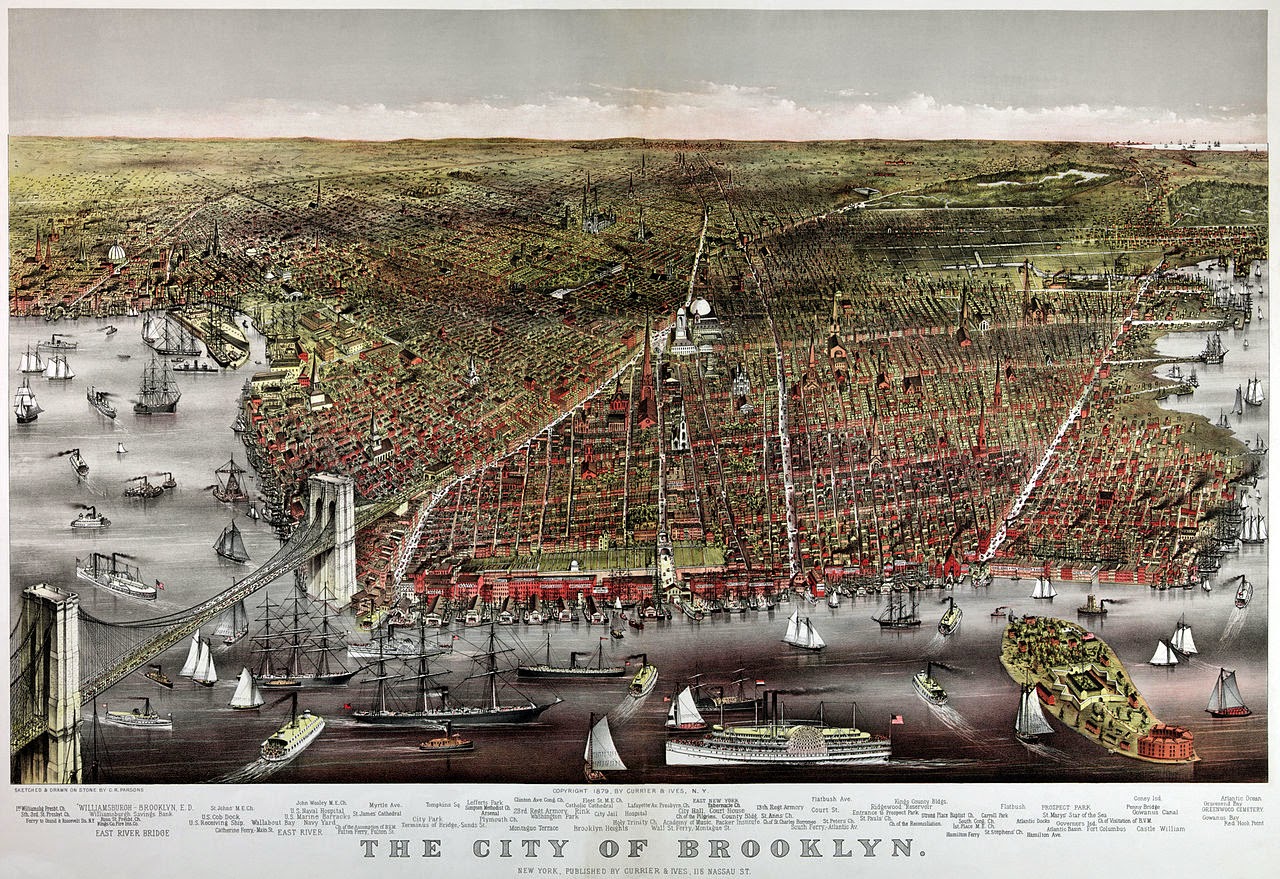 It's super clear here that the Flatbush Extension, what has now become a major avenue of tall towers, was but a glint in the eye.

Another thing that can throw you off is the fact that the clock tower in the picture is NOT the clock tower we know and love. You might think that's Atlantic at Flatbush but it ain't. You can just barely make out where Atlantic meets the to-be Flatbush Extension. The real marker is, of course, the Park. I think that's supposed to be the Museum there, but it looks more like it's where the library is now. Interesting too that there seems to be a lot more development along Greenwood Cemetary than along Prospect Park at this point. Can't be long after the bridge went up, right? Or is it a PLAN for the bridge, or something painted while it was being built? I think the picture says 1879, but the bridge didn't go up til 1883.

Another interesting point to note is that much of Park Slope and other brownstone neighborhoods were yet to come. That would be part of the HUGE development boom that followed the building of that there bridge.

Montrose Morris in the house?

HOLD ON A MINUTE! That's not the Museum OR the library. That's the Mt Prospect Park Reservoir! Where that park is now.
Posted by Clarkson FlatBed at 12:55 PM