Where are the black people?

The Q has seen and posted dozens or renderings of projects in Brooklyn. It really doesn't surprise me that renderings rarely feature people of color, even when the building is going up in a mostly black neighborhood. Is it really that hard to imagine dark skinned people moving into a market rate building? Last I heard black folks were allowed to hold decent paying jobs. Some tech and finance companies even claim they WANT to hire more diversity.

But this one kinda breaks my heart. I mean, it's the PARK for god's sakes. If ever there was a place for an inclusive rendering, this would be it. Oh yeah, I see the vaguely, somewhat light-skinned don't-know-precisely what race they are people. But nobody with dark, full-on African tones?

Maybe the whole Trump nightmare has made me sensitive, but it seems like a real missed opportunity. And what's up with those dorks making their own little path up the rocks? I mean, I'd do that. You'd do that. But do you want to encourage it in a rendering? Sheeesh! Lawyers get ready, there's a suit a'comin' 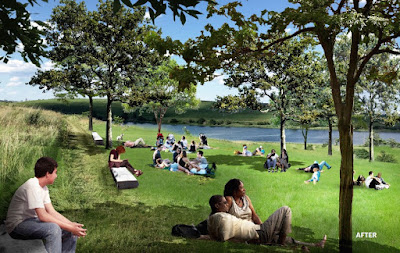 Oh, and as someone who's spent some time out at Jamaica Bay and wondered WTF, this project is absolutely overdue in my view. Below is the "before" picture, as in "now," although they left out its dominant feature - garbage. 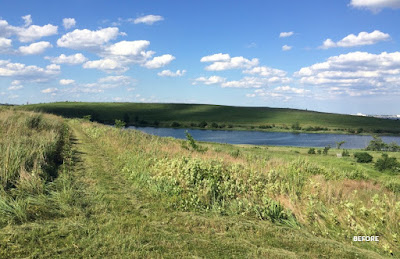 Posted by Clarkson FlatBed at 3:51 PM

The architecture industry as a whole has this problem. Most of the renderings are sent off to foreign countries and they use stock imagery without knowing any better. Unless the architect is good and corrects them, it gets all the way through and released. I can show endless examples of renders for foreign countries and areas that have zero (or minority) white populations, still full white renders.

Love Your Own Magic and TBB Soul on Fire!! I'm always carrying a rose quartz or tigers eye with me now ;) These podcasts are amazing! I'm also loving Earth to Us and The Health Code right now :) Great post Karlee!
sales pop master app
sales pop by autoketing
koi Nhật