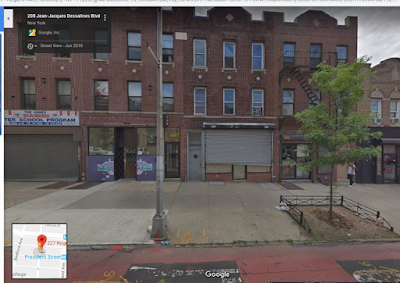 JJD, btw, is a fascinating historical character, the first Emperor of Haiti, and a figure who struck fear in the hearts of Confederate-Americans for his massacre of a few thousand whites after taking power in 1803. His exploits became the stuff of legend, often helping to swing potential swing-voters on abolition into the "hell no" column. Such is the power of well-timed propaganda, no?

The City Council co-named Rogers Ave Jean-Jacques Dessalines Blvd just last year. And while some articles mention controversy around the rebranding, the Q hasn't heard a whit of controversy beyond the occasional question about what and who gets a co-naming in the first place. Sure the guy slaughtered a bunch of people, but hey, who didn't? In fact, "greatness" was pretty much defined by slaughter back then. If anything, I'm not sure Dessalines slaughtered ENOUGH people to join the pantheon, but given his remarkable achievements pushing back the very French who'd enslaved him, it's worth giving it up for his Excellency. As an Emperor, maybe he should have gotten part of Empire Blvd too. Strange that Rogers AVENUE becomes Dessalines BOULEVARD. I guess Blvd is more impressive sounding.

There's more backstory too. This particularly Haitian rebranding was taking place simultaneous to efforts to rebrand our area Little Caribbean by some locals, in particular Shelley Worrell of CaribBEING. Shelley was making short work of the process, astounding all with her organizational savvy, bringing in Caribbean orgs and BP Eric Adams to support her effort, and all was looking like smooth sailing on the high Caribbean seas.

But fracas soon clogged the email lanes, as elected officials like Assemblyperson Rodneyse Bichotte said absolutement non to the Little Caribbean idea, because she and others had apparently been working for years on the distinction of Little Haiti under the umbrella Little Haiti BK,

So which is it? Little Haiti, or Little Caribbean?

The Q has no cheval in this race, but in looking at the maps of the two districts I noticed an oddness worth noting. Where Haiti would strike one as the smaller, less inclusive distinction, Haiti being but one island among many in the Caribbean, Little Haiti is actually a LARGER area than Little Caribbean, as far as these "official" maps are concerned. The only opinion I will share? Little Haiti is DAMN big. That is all. Maybe Big Haiti makes more sense. 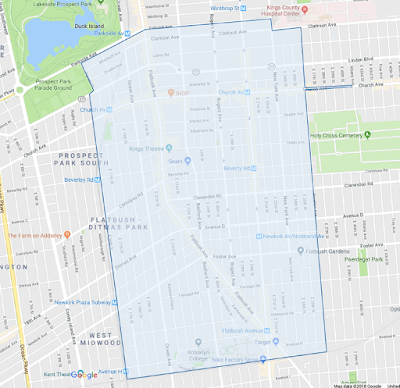 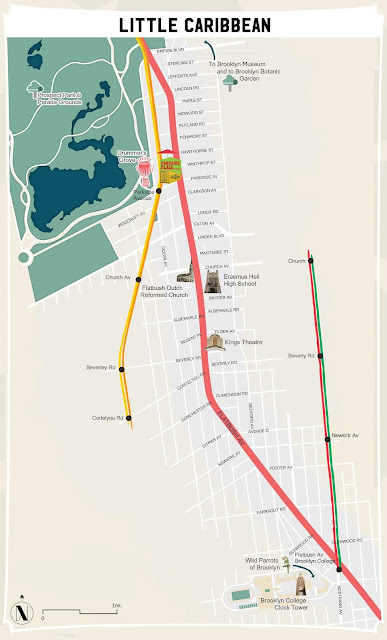 Posted by Clarkson FlatBed at 1:49 PM

Jean-Jacques Dessalines? Yeah. What a guy. Such stellar leadership of Haiti that he was assassinated after a year on the job.

And what did his brief transit as emperor deliver? Hmmm, today, Haiti is the poorest country in the western hemisphere. A per-capita GDP of $1,800. For what it's worth, about the only time Haiti enjoyed a little tranquility was during the years it was occupied by the US Marine Corps -- in the 1930s. The Marines kept a lid on the violence.

It's notable that Haiti does not acknowledge birthright citizenship. To be a citizen, a person must have at least one parent who is a native-born citizen. For others, there's a five-year residency requirement for naturalization.

They really respond to your dog whistles, don't they Q?

Hey Sigh, would you provide a little economic analysis of Haiti covering the last 215 years? There must be more than one reason Haiti's been such a hard-luck country.

Jean-Jacques Dessalines? I gotta say, the guy was another George Washington, wasn't he?

Brownstoner seems to think you write only about one particular Brooklyn neighborhood, as they've linked to this story claiming this is in PLG, when it's actually just below Eastern Parkway. And why not a steakhouse there?

Sigh: If your jaundiced eyes see any relationship at all between my posts and Anon 11:32/6:20, you must see all white people the same (I'm assuming Anon's white of course. He hasn't the decency to identify himself). I have some pretty nuanced ideas about shit, but your reading comprehension needs work. Still, I can appreciate a terse rejoinder, so I'll give it to you.

Yeah, finally a couple of city knuckleheads chose to erect a statue or statues of someone worth honoring. Shirley Chisholm. But I have no doubt few people in the area know anything of her role in US history. And I'm sure Shirley would roll over in her grave if she knew Yvette Clarke was occupying her seat in the House.