Special Report: The Blizzard of '10

You may have wondered where the Q has been during all the mid-winter mayhem. Perhaps he's stuck in his car, fingers frozen, unable to touch-screen even a simple S.O.S. on his i-Phone. Perhaps his internet has yet to be plowed. Maybe he's too busy handing out food to the trapped commuters on streets in the "tight-knit community" of PLG as reported by our intrepid friends at Hawthorne Street. (Who, by the way, have done a great job of staying on top of the Q/B MTA sitch.)

But you needn't have worried because A. I don't have a car, B. I always wear gloves, C. I don't own an iPhone D. I don't know morse code E. My internet enters the house via cable and F. I've been away for the past few days in the redneck South. 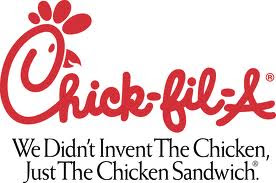 What's really incredible is that the NYC Blizzard, and Brooklyn in particular, is such national news even way down here in the Bible Belt. As the fam was driving through Dothan, Alabama we stopped at a Chick-Fil-A only to hear a couple good ol' boys talkin' about Bloomberg's Blooper in the parking lot. By the way, the sandwich is delicious, so if you haven't tried Chick-Fil-A give it a whirl. They're ever-so-slowly franchising their way northward...I suspect they'll be in suburban Jersey by 2012 or so. Just remember, they're ALWAYS closed on Sunday. These are Christian chickens.

I feel terrible not being in the thick of things, helping shovel people out of their parking spaces and such. I really do love a good blizzard, and now we're hearing that the post-blizzard mess was really a shittily-timed job-action by the NYC's Strongest - the Dept of Sanitation. All I can say is this: the word strongest is SO lame and inaccurate that if nothing else comes of the post-snow investigation I hope they're forced to relinquish the whole strong moniker once and for all. Hell, I had to help a garbage man lift some furniture into the truck once, and I wasn't just being nice. That chifforobe wasn't gonna get from point Curb to point Truck without some REAL corn-fed muscles. 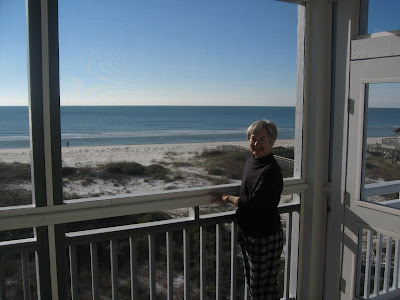 Anyhoo, while y'all were havin' the time of yer lives, we were busy taking pictures of our mom on the deck of our rental house on St. George Island down in the Florida panhandle, doing our patriotic best to see that tourism dollars return to the Gulf of Mexico where they belong. After all, the Coug had it in right in his 1983 opus "Pink Houses" where he gets all excited during the line about people vacationing down there. In fact, the song has so many great incites into America's troubled soul, I think I'll just drop the whole tune, er poem, on ya right here.

There's a black man with a black cat livin' in a black neighborhood
He's got an interstate runnin' through his front yard
You know he thinks that he's got it so good
And there's a woman in the kitchen cleanin' up the evenin' slop
And he looks at her and says, "Hey darlin', I can remember when
you could stop a clock."

There's a young man in a t-shirt
Listenin' to a rockin' rollin' station
He's got greasy hair, greasy smile
{ From: http://www.elyrics.net/read/j/john-mellencamp-lyrics/pink-houses-lyrics.html }
He says, "Lord this must be my destination."
'Cause they told me when I was younger
"Boy you're gonna be president."
But just like everything else those old crazy dreams
Just kinda came and went

Well there's people and more people
What do they know know know
Go to work in some high rise
And vacation down at the Gulf of Mexico
Ooh yeah
And ther's winners and there's losers
But they ain't no big deal
'Cause the simple man baby pays for the thrills, the bills,
the pills that kill

The only Chick-fil-A in NYC is in an NYU dorm's food court. When I went to NYU we just ate ARA-provided cafeteria slop, but that was before it became a rich kids' school and got all fancy and food courty and built a dorm with a pool where the Palladium used to be. Oh, and that stuff about the DoS is totally a rumor spread by one of the only Republican city councilpeople citing "anonymous" sources (of course). Happy New Year!