Ever wondered how the Patio Gardens apartments got their name? Was it the patio? The gardens? Or was it taken from the name of a movie palace that used to was on that very plot of land? As it turns out, Patio was the name of a popular theater that fell into ruin by the late '50s.  (For those of you Lefferts/Flatbush history buffs, I apologize for having missed the tidbit before. But dang this is a great picture below). And you do know that Fred Trump, the Donald's father, developed and owned the building, right? It even showed up in the recent NY Times expose about how Fred transferred tens of millions to the current president without incurring estate taxes.

Speaking of pictures, the picture showing at "The Patio" in the aforementioned picture, which you can see if you zoom in, was "Virginia City" starring Errol Flynn, Miriam Hopkins and an early career Humphrey Bogart. That would have put the year at 1940. The Q wonders if there was outcry when the Patio was torn down. 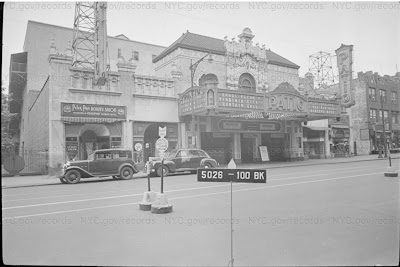 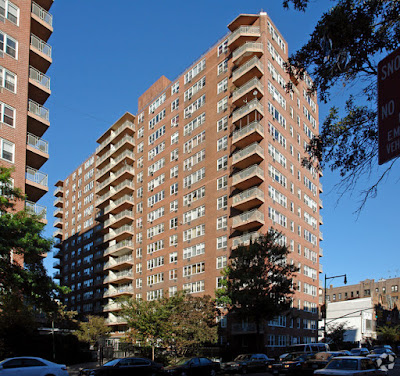 Posted by Clarkson FlatBed at 2:46 PM

Patio Gardens apartments were built around 1960-61.