I kid you not, this was the scene at 10AM near the Drummer's Grove: 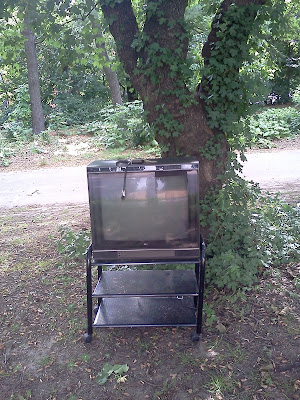 Besides being a great band name, you gotta admit it's pretty ballsy to leave a full-on television in the park, 1000s of feet from the nearest outlet or cable-box.

Speaking of ballsy, how about this sign I saw yesterday morning on the way to work? 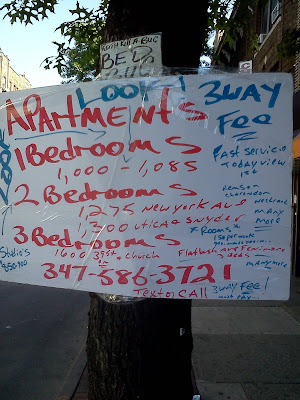 This same dude was posting handwritten flyers on traffic light poles (I KNOW you've seen them) but I guess he wasn't getting the attention he deserved. I'd have suggested a bold Arial font rather than a gargantuan handwritten cardboard sign, but what the hey, the guy's got cojones (by the way, it's not spelled cajones. That would mean a set of drawers - the furniture, not the pants).
Posted by Clarkson FlatBed at 2:44 PM