God bless crime-tracking duo Nicole and Vinnie for continuing to create a blotter specific to Sector C of the 71st. Sector "Charlie" essentially conforms to the Lefferts area, as the community district (a/k/a precinct) is quite large, and in certain ways conforms to the notion of "quadrants," with Empire Blvd as the horizontal intersector. (Shouldn't that be a word?)

Anyone who's followed the Q for long knows that I've been spittin' mad about crime for the better part of 3 years. After a crazy run of violence in the precinct, things have calmed down quite a bit in the last six months (crossed fingers) leading to a pretty solid set of "numbers" from Compstat for the year. Deputy Inspector Jack Lewis was ousted a couple months back, presumably for the high numbers. Just before getting the ax, or rather "being transferred to borough commander for school safety," he suggested at a Community Council meeting that they had made great progress in getting the worst repeat offenders off the street. Was he responding to pressure when making these investigations and arrests? It's hard to say. But needless to say, it didn't hurt. Community outrage over shootings all over the Lefferts area didn't let up and the Q is thankful to you all for your attention to what has been frequently noted as the number one concern among neighbors. We kept hammering, even calling attention to the problem at the D.A.'s office, which claims it set up investigations of its own. That's the best we could do I guess, other than getting truly serious about block watches. An investigator contacted me at one point for a private meeting where he told me to continue with the D.A. task force and feed him and Brooklyn South information, but he made it clear that I should not identify myself as a leader of anti-gang efforts. Keep a low profile he cautioned. Frankly, no one but my friends and the super-curious even know what I look like, so I wasn't really worried. The drug dealers in my area are still just as creepily friendly with me as ever. The rumor on the street is that I'm an ex-cop, which tickles me to death given my background. But I kinda look the part of a 20-and-out guy. Actually, that could be me second from the left in this picture: 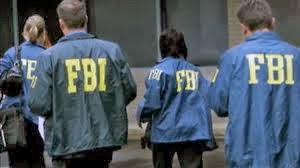 In winter I often wear my super swell old cops coat and, get this, a $3 hat from the Gem that says FBI. A lady on the street actually asked me if I was from the FBI! I love it! Ever seen those guys from the Feds with their ridiculous FBI jackets on? Is that the easiest uniform to fake you've ever seen, or what? It's like if the marines wore a headband that said "marines."

The crime stats that I keep my eye on are felony assaults and shootings. As a detective once told me, murders are a misleading indicator of general safety, for a couple of reasons. One, whether or not a person dies from their wounds is not a good indication of anything but luck and hospital care. Two, the numbers in a single precinct can vary wildly throughout the year and year to year percentage wide, but the total number of murders aren't great enough to produce a representative sample. For instance, say four people are killed in a single incident. That could massively up your numbers, but the incident itself may not suggest a massive increase in crime generally. It's all so gruesome, of course. But worth noting.

As to whether a neighborhood is "crime ridden," well, that seems to me a matter of perception and comfort level. Not to overstate things, but they really DON'T have crime in Park Slope. There, I said it. They don't. Shit just don't happen there. When it does, it's a big, big deal. Some iPhones get stolen. There's some domestic stuff. Occasionally there's a break-in. But if you want to be super safe, you could do a lot worse than to spend ALL of your time in Park Slope. And no offense, because I like the Slope and it's calm tree-lined streets, but if I had to be stranded on a desert neighborhood for the rest of my life, I'd choose ours over theirs in a heartbeat. Again, it's just personal preference. But I'd die of boredom. And really, what the heck is there to blog about? That's why FIPS (short for f*cked in park slope) has to resort to filthy language to keep things interesting. (I jest; it's a fun site when it's not being douchey - sounds a little like the Q).

So how did the 71 finish up? The quiet from September - December did a lot of good for the arbitrary yearly round-up. Here's the last report, and you'll see that felony assaults came way down for the year from where it was in summer. We were up just 8% and shootings kinda came down. Shocking, right? Remember how it felt back in August?

Folks, we're going to meet up at the end of this on January 30 at Play Kids to talk to the new commander, Dep Insp Fitzgibbon. Please come. 7 pm. We need to show the cops how serious we are AND how important it is for the cops to know the neighborhood, its people, its merchants and its culture. We don't need a crackdown. We need smart, sensitive policing.

And now, the Fabri/Martinos report, created by hand, remember. If you see something missing, please let us know:

If you are reading this comment on Saturday the 11th of January: How about coming out to Parkside to help build some treeguards? The advance team will be out there from about 11:30 on, and we need all the help we can get. Bring your shovel!

I'm curious about the grand larceny on 11/15: are thefts of hair extensions up or down this year?

These reports drive me nuts.

I'm glad that crime is down, but there's not necessarily any relationship between police work and changes in crime stats. Weather us a huge variable in crime rates, for example, and it makes sense that December would be quiet because it's winter. I would much rather see a report on what the precinct is actually DOING. Are they recovering illegal weapons? Arresting for distribution? Closing down fronts?

I've seen no noticeable change in enforcement so I do not attribute much if the drop in crime to the 71st.

Alex is right about everything. We never ever hear exactly what the precinct is doing. And I too have not seen any noticable change in enforcement. As for stats, yes absolutely weather is the main factor and the NYPD knows that. We can't compare # of shootings now to what occurred in Spring and Summer. Instead, let's compare this coming Spring and Summer to last Summer to see if there's been any progress. Hope there is but we know nothing now. One big concern I had seeing this report was all the robberies of businesses. Can we hear from NYPD if they're forming a task force for that? Is it the same person? Because we don't usually see such a rash of those like we do here. I worry for the safety of neighbors who have opened or are opening new businesses in our neighborhood.

I spoke to Dr. Eugene's office yesterday, and there seems to be real interest in doing something about the fact that the 71st does not provide badly needed enforcement. Their lack of intervention with the terrible traffic back in December serves as a great example as a jumping off point because the crisis was SO visible that no one could have missed it. On top of that, the tone deaf response from the precinct that included mention that officers were inconvenienced by the traffic was ridiculous.

As everyone knows, enforcement is lacking in just about every category in our neighborhood. I am pushing for a public hearing on the failings of the 71st from which we can expect actionable steps toward improvement.