The Q's Block On the Block

As I reported here last November, the three old Victorians on my block are being demolished for a new apartment building. Matt P. alerts me that the plans have been filed, and that we can expect 48 units to go up. From the Brownstoner:


Three houses at 50-54 Clarkson Avenue in Prospect Lefferts Gardens are being demolished right now to make way for an eight-story residential development. The plan exam application for the new building was first reported by BuzzBuzz Home. Nataliya Donskoy will be the architect on this project, which will have 48 units and 24,600 square feet. The 85-foot building will have parking for 24 bikes, a laundry room, two recreation rooms and an elevator.

Public records show an LLC bought 50 Clarkson Avenue for $760,000 in December 2012, and building permits reveal that the developer is Joseph Hoffman of Bushburg Properties. The other two houses were also purchased the same month, for $445,000 and $545,000. Donskoy, who previously worked for disgraced architect Robert Scarano, designed the unusual looking building at 146 South 4th Street in Williamsburg, which recently started leasing.


Privately I'm aware of some details that have yet to be worked out that have to do with the projects's position between two pre-war apartment buildings on either side. We'll see where it all lands.

But suffice to say, without prejudice or opinion...

With the condominium conversion of the large apartment building to my immediate east (35); and the steady selling of coops across the street (40); now this building, and plans by Landlords, as relayed by their Supers, at two other buildings (80 and 60) to attract a "different" sort of clientele, and the new building reported at Wednesday's meeting going up just across Bedford where the Haunted House stood, it's quite possible that Clarkson won't resemble anything like its current self in even two or three years.

The first is my pic from last fall, the second from Brownstoner yesterday: 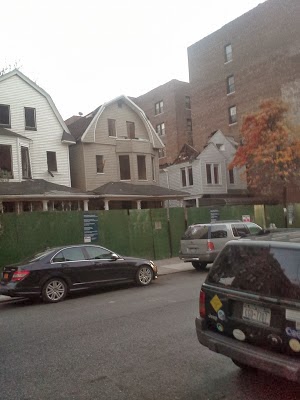 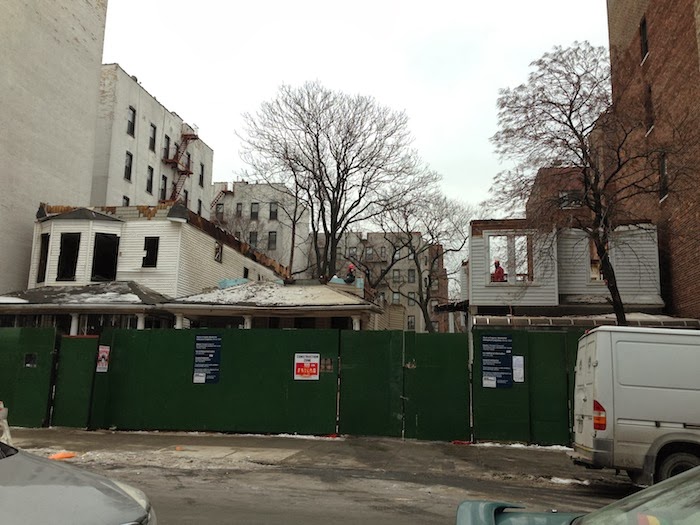 Bit by bit, piece by piece, both the building, and the neighborhood.

Posted by Clarkson FlatBed at 1:20 PM

I grew up at 85 Clarkson and remember those buildings fondly in a way. If only because they stood up from the apartment buildings. I wonder if 153 Clarkson or the other detached homes will have a similar fate.

"There is an easement on the middle lot (52) meaning that they can’t build above the second floor without explicit permission from the apartment buildings on either side. Getting that permission won’t be easy".

Is that easement the most important of the "details that have yet to be worked out"?

Wow. And there I was trying to be all cagey and zipper-lipped. However, you have boxed me into a corner.

At this point in time I am not at liberty to deny your point, the crux of which is, in sum, not inaccurate.

Sorry Tim; I didn't mean to put you on the spot, but it was in the Brownstoner item to which you provided a link (although it wasn't there at the time you posted said link)..

It's quite a fascinating sitch. Will let you know how it pans out.