It's impossible not to love the word "jerk." And when applied to chicken, a goofy nearly nonsensical headline must follow. But the Brooklyn Paper took things a bit far, in my humble opinion, titling its latest Flatbush missive: "Jerk Yourself Silly With The Best Chicken In Flatbush." It must be the humidity, cuz normally the BP comes through with the savvy stuff, not fratboy tripe like that.

Of course, I'm ignoring the point of Dan MacLeod's "fluff" piece. He claims that Exquisite, the one on Church, wins the jerk title "hands down." His claim is apparently bolstered by his legion of Twitter followers, which at 635 hardly qualifies as a "vast army." It's not even an actual "legion," which I was excited to learn numbers 3,000 - 6,000, from the Roman Empire. I'm no member of the Twitterati, but I'd say if your followers don't DWARF your followeds, you're not really enough of a celebretwitty (wow that's lame, Q) to go around crowning jerk joints. Still, I gotta like anybody willing to eat that much charred chicken to meet a deadline.

Here's a picture of a chicken, jerk chicken, and a jerk, in that order: 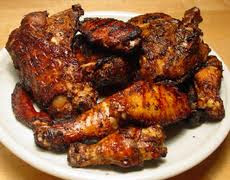 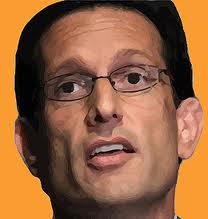 Posted by Clarkson FlatBed at 10:08 PM