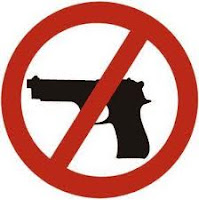 "If you shoot a gun in this neighborhood, we will hit you with every kind of meeting in the book," said Dr. Pete Peters of the 71st CB9 Committee Against Gun Violence in PLG, also known as 71C-CAGVIP. "These meetings are meant to go head to head with every bullet fired. And if you fire multiple rounds from, say, an automatic weapon, we're prepared to meet every night of the week, after work, and even on Saturday mornings, sometimes three and four subcommittee meetings at a time, until we've thrown the book at you - and not just any book either. Robert's Rules of Order with a copy of Alice Sturgis' "Standard Code of Parliamentary Procedure" thrown in for good measure." 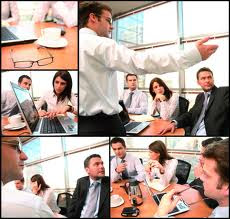 Local leaders agree that until guns are taken off the street - one meeting at a time - angry bored kids will continue to menace our communities. Since two shootings took place earlier this week, there will be the following two meetings in the coming days:

ROSA PARKS INDEPENDENT DEMOCRATIC CLUB
Date and Time: Saturday, September 17, 2011 at 11:00 a.m.
Location: 284 New York Avenue (entrance on Lincoln Place)Brooklyn, New York
Featured Guest Speaker: Kings County District Attorney Charles J. Hynes.
Will be discussing new initiatives his office will be implementing to organize block associations to address increased muggings, rapes and fatal gun shootings in our community.
Also, District Attorney Hynes will discuss his programs which are tailored to keep young black men employed, out of prison and how he is dramatically decreasing the amount men returning to prison.Invited Guest Speakers: New York State Assemblyman Karim Camara, NYC Council Member Letitia James. AGENDA: Organizing Block Associations to combat the increase in muggings, burglaries and our women being raped. How do we protect our families and create a safe environment for our children.RSVP 718-778-8924 Light refreshments will be served. Hope to see you there.

And on Monday, don't miss:

COUNCILMEMBER MATHIEU EUGENE
INVITES YOU TO AN EMERGENCY PUBLIC FORUM *ON SAFETY AND CRIME, MONDAY, SEPTEMBER 19 AT 6 PM, AUDITORIUM OF MIDDLE SCHOOL 2, 655 PARKSIDE AVENUE, BETWEEN ROGERS AND NOSTRAND AVENUES
JOIN DISCUSSION WITH POLICE OFFICERS FROM LOCAL PRECINCTS, CLERGY MEMBERS
AND COMMUNITY LEADERS TO ADDRESS THE VIOLENT CRIME AFFECTING OUR NEIGHBORHOODS
PLEASE CALL (212) 788-7352 OR (718) 287-8762 FOR MORE INFORMATION

Note that Councilman Eugene has long been a proponent of the CAPSLOCK for GUNS program, and will likely hold forth on his efforts to Keep Our Caps Locked At All Times (K.O.C.L.A.A.T).
Posted by Clarkson FlatBed at 11:19 PM

Too funny. This kind of snark really makes my heart sing.

AFAIK the Eugene meeting is real (no surprise). Please tell me the other one is a spoof!

The power of democracy.

The Meetings listed are both for real. No disrespect to either the D.A. or the Councilman, but had they been at the previous meetings, their desire to get "all parties together working as one" would have already been accomplished, and we could moving on to action.

Council member Eugene is always behind the times. Now that the 2013 elections are around the corner, he wants to play catch-up.

Please compare Mathieu Eugene to just about any other City Councilperson, and you will see what a scandal it is that he is our elected representative. Two neighboring districts have great people - Jumaane Williams, in Flatbush/Midwood, and Brad Lander in Park Slope/Kensington. They are active and constant communicators, using e-mail and Twitter (while, as noted, Mathieu Eugene is remarkably communications-impaired) and have both just begun a participatory budgeting process, allowing their constituents to decide how they should spend the $1 million in capital funding allocated to each district by the city. One can only imagine what our $1 million has been used for by Mathieu Eugene! Please, please, please make sure that we get this guy out in 2013!

And it goes (almost) without saying that I think Tish James is super fabulous (and wears great shoes for someone on her feet so much!). She or a representative (and sometimes both) attends every single CB9 and 71st Precinct Community Council meeting, as is also true for Darlene Mealy in the 41st District. The one time I saw Mathieu Eugene at a CB9 meeting he got the heck out of Dodge as soon as he realized that the swill he was selling wasn't going down as expected (which he would have known in advance had he actually communicated with his constituents). He has to go!

Get this - it seems that the Doe Fund street cleaners seen on Seventh Ave in Park Slope and elsewhere have been funded by the City! Brad Lander, who covers Park Slope, and whom I normally like, just allowed their contract to expire, with the result that Seventh Ave is a smelly mess. But, hey, considering that Mathieu Eugene holds the record as the Councilperson bringing home the LEAST amount of money to his/her district, maybe we could persuade him to get some of this for us on Flatbush? Their presence would make a HUGE difference, not only in reducing litter, but in also discouraging some of the criminal activity there. I always thought the merchants paid for it, but apparently I was wrong.