The Sterling St Block Association and the group called MTOPP have convinced Eric Adams to host a town hall on what they're calling "THE rezoning of Empire Blvd." Personally I'm a bit tired of their jumping the gun on this one - we've only gotten to the point of deciding what areas to look at in a "study" with City Planning - but it's safe to say that any look at the area will look at what the Q believes is the severe misuse of Empire from the Park on east. So yes, they have reason to be concerned that their voice is heard. However...the Q hears from numerous sources that rather that the group was incredibly disruptive at a recent City Planning meeting at CB9 headquarters. I would hope that rather than incite panic and anger, they could alert the community to their concerns and do so without the vitriol. Here's their flyer: 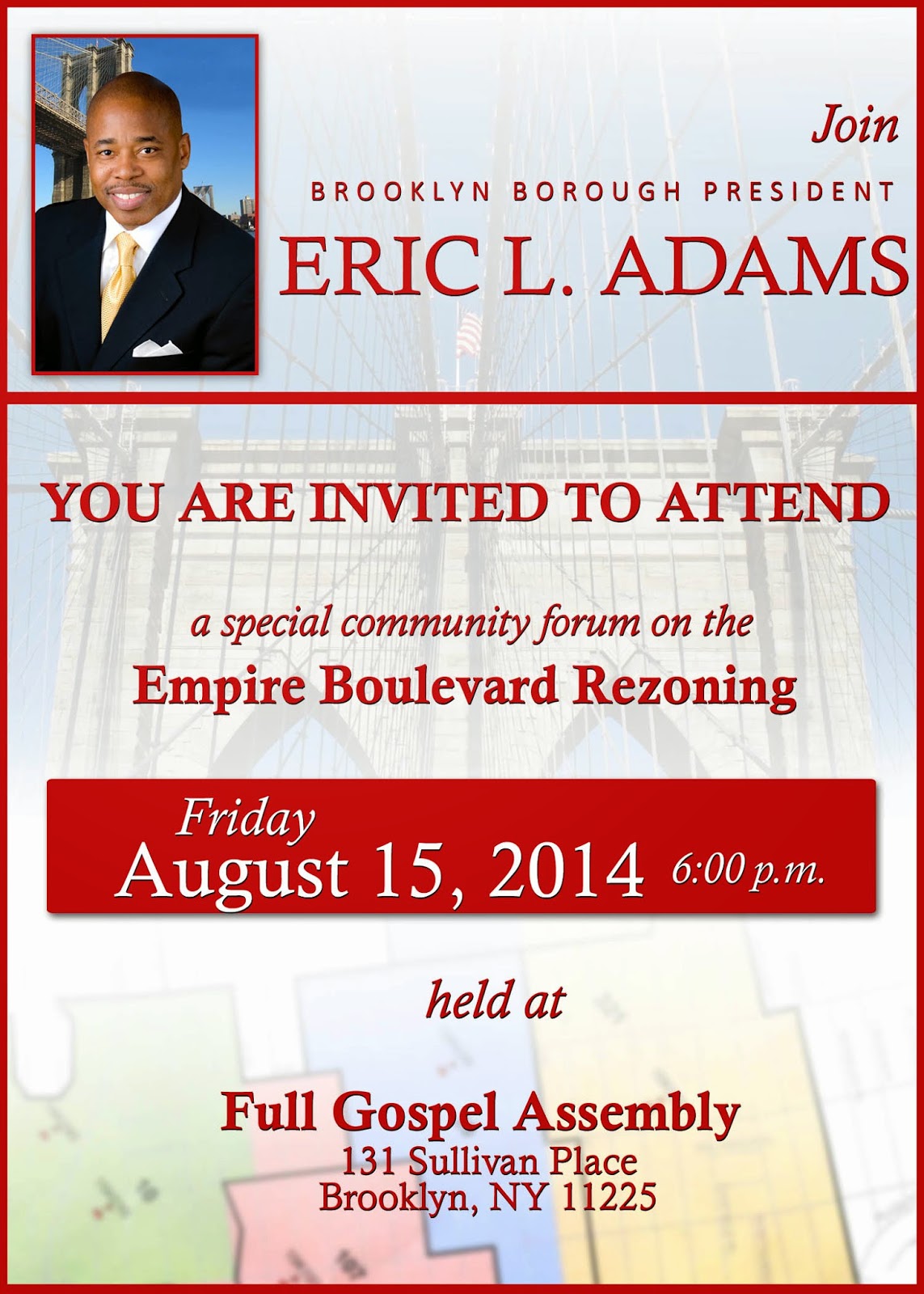 In a stroke of marketing genius, MTOPP changed its name from the awkward Moratorium To Protect Prospect Park to Movement To Protect the People. Nicely done. And the picture that you see below? Effective propaganda. Now, you may think that I'm the one calling it propaganda and that I should be more objective in my portrayal of the rendering. Nope. When I right-clicked on the picture on their website and saved it to my desktop, guess what they had labeled it? You guessed it. The picture is entitled "propaganda." Probably not that far off the mark though...loving those Soviet colors! Look, if what's going on in Crown Heights is any indication, towers this size aren't far-fetched. Question is, in this location...is that such a bad thing? I'm surprised they don't just take the big yellow storage space as is and sell 'em as studios... 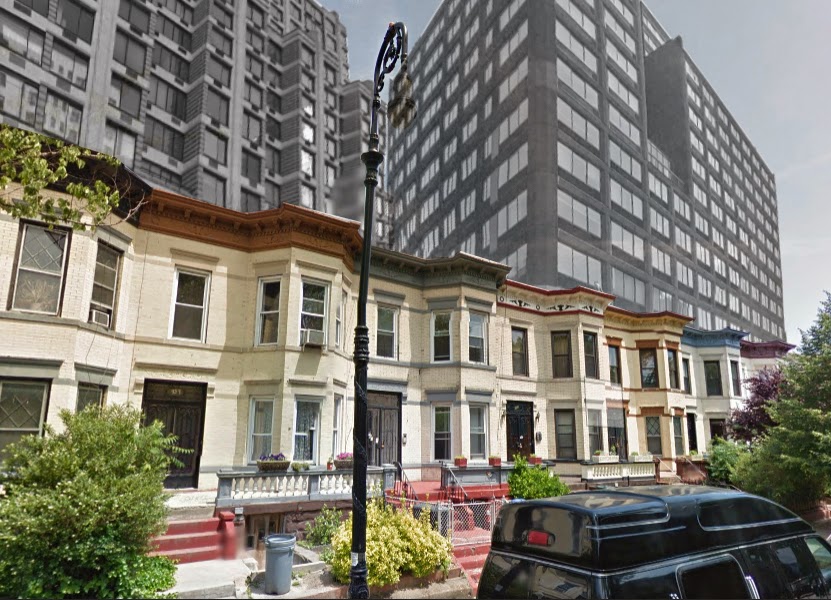 Posted by Clarkson FlatBed at 11:06 PM

Of course the density of the zoning there is what would predict the size of what's built. I personally think it should be rezoned for residential construction (currently it's not zoned residential at all), but of a reasonable height. This could go a long way towards providing affordable housing around here, and that would certainly help to Protect the People!

Or maybe they should just change their name to Movement to Protect Fast Food Joints and Self-Storage Warehouses.

Thank you, Babs. Finally some much needed humor. There's precious little of it kicking around these days.

Movement to allow the as-of-right Adult Establishments, Transient Hotels and Crematoriums. Sigh. Someone needs to point MTOPP in the direction of Zoning Resolution section 32-25. And I'm so fed up it may very well be me.

Jessica: Have heart. This is why we need to rezone. MTOPP has no idea what they're talking about, and may actually be making matters worse for themselves by crying "fowl" about things that might actually improve life for Sterling residents. I say fowl because apparently you can build chicken slaughtering operations there "as of right."

It's all good, really. Everyone has a right to be wrong, right to be hot-headed (sans violence) and a right to create poorly photo-shopped documents that have the wrong street lamps in the foreground.

I actually ran into MTOPP yesterday afternoon outside the Prospect Park station, and they seemed to be singing a different tune. Had a good talk. This time they were arguing for "non-residential rezoning". While I'd personally like to see mixed-use, I'm thrilled that they are now agreeing that C8 is not appropriate.

When I walked past MTOPP, the gist of the argument I heard was that MTOPP is essentially advocating in favor of urban blight on Empire as a way to keep rents down. And that was getting signatures. Go figure.

Has anyone noted that this forum is on a Friday evening? Someone pointed out this wouldn't be inclusive of a segment of the community (i.e. observant Jews). A Thursday evening would have been better.

The non-residential proposal is nothing short of bizarre - where in NYC does that exist? And what would be so bad about low rise residential? And if they are truly concerned about displacement, wouldn't a block of cafes only make the area more desirable by people with money to spend, and therefore accelerate displacement?

This whole MTOPP argument reminds me of when there was a petition in my mothers neighborhood to stop the installation of streetlights because "all of that light will attract criminals".