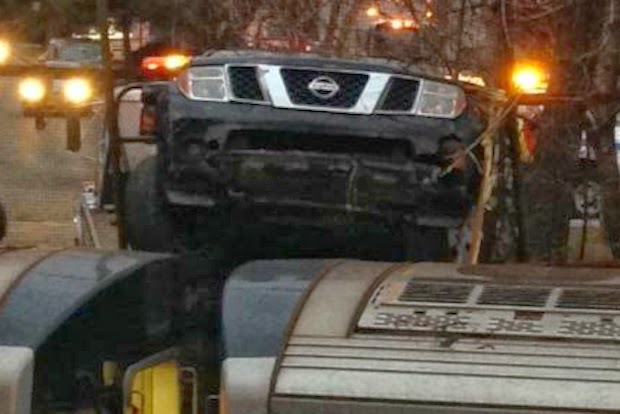 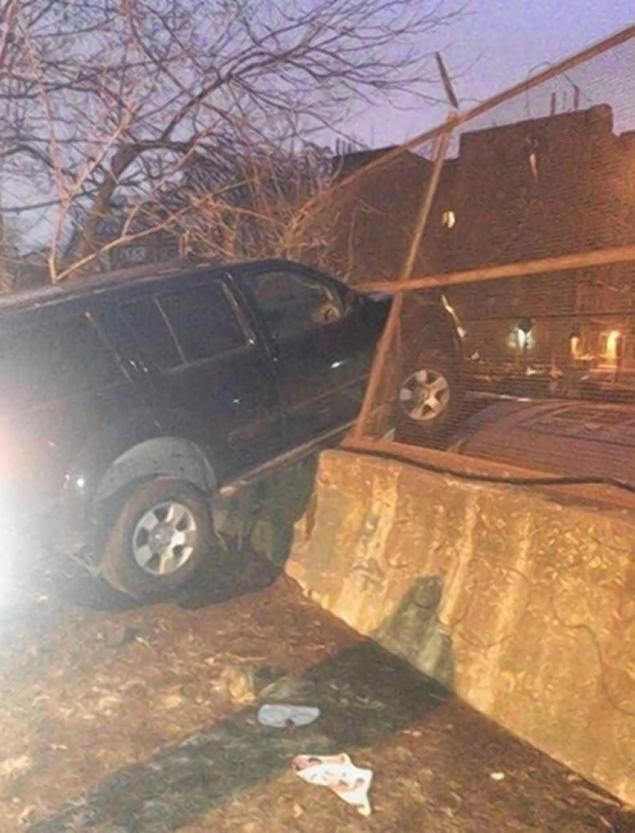 ROOKLYN — An out-of-control driver crashed her SUV over a concrete barrier and through a chain link fence before landing the front wheels on top of a Q train early Wednesday morning — then fled the scene, police said.

The woman, whose identity was not released by police, was driving a Nissan SUV east on the quiet, cul-de-sac Albemarle Road at East 16th Street just after 5 a.m. when she failed to yield to the dead-end signs, mounted a small mound of dirt, drove up the waist-high concrete wall and crashed through the metal fencing that separated the roadway from the aboveground train tracks, police said.

A southbound Q train with 50 passengers aboard left the Church Avenue station about 5 a.m. and passed Albemarle Rd. — just as the woman's front tires crashed atop the train and ground to a halt, according to an NYPD spokesman and a witness.

The woman who was behind the wheel fled the incident and was still on the lam as of noon Wednesday, the police spokesman said. Neighbors said they slept right through the crash and had no idea how the woman was able to mount the fence. They said they awoke to the sound of helicopters overhead. The subway car involved in the Wednesday crash sustained only minimal damage, the MTA said. No injuries were reported, an FDNY spokesman said.

A rescue train retrieved the approximately 50 passengers who were on board at the time and brought them back to the Church Avenue station, the MTA said. The SUV was removed from the scene about 9:30 a.m., workers there said. MTA crews were working to reinforce the fencing on Wednesday morning.
Posted by Clarkson FlatBed at 1:22 PM