Now that we've "arrived," you can expect a lot more letters like the below. In it, you'll see that a) developers and realtors are willing to go house by house to find buildable lots and to convince residents that now is the time to sell and b) from the third picture you'll see that all of the frame houses, particularly ones with big footprints, will soon be bought and torn down in favor of the kind of construction I see ALL OVER Crown Heights. There is a favored style right now, with lots of windows and a boxy exterior - there are literally dozens of them cropping up, often just the size of one or two brownstone sized lots. Clearly it's the "Fedders" style housing of the moment, usually marketed as luxury, however.

A neighbor who lives on Parkside tells me she received a personal note from a family looking to by. The letter said they'd toured the nabe (and presumably liked what they saw) and went so far as to include a picture of themselves. I guess to show that they're not a greedy real estate agent or developer?

One last thing to note: on Lenox, the brochure notes that the as-of-right zoning on this block is R7-1. That, my friends, leaves an awful lot of leeway for the developer. 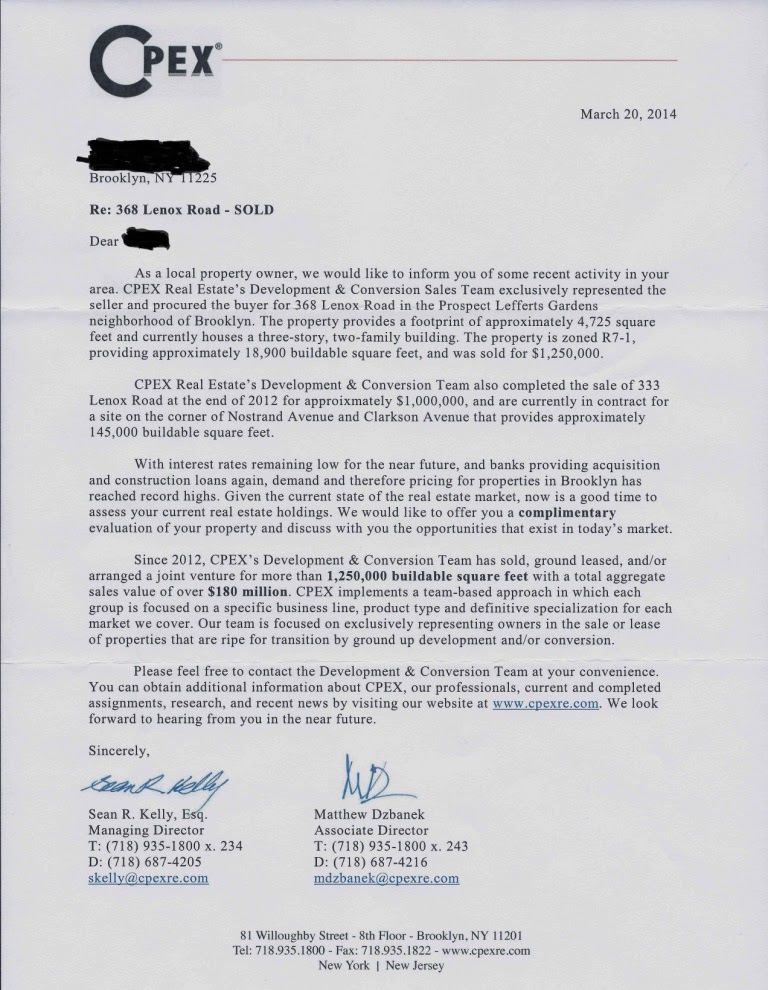 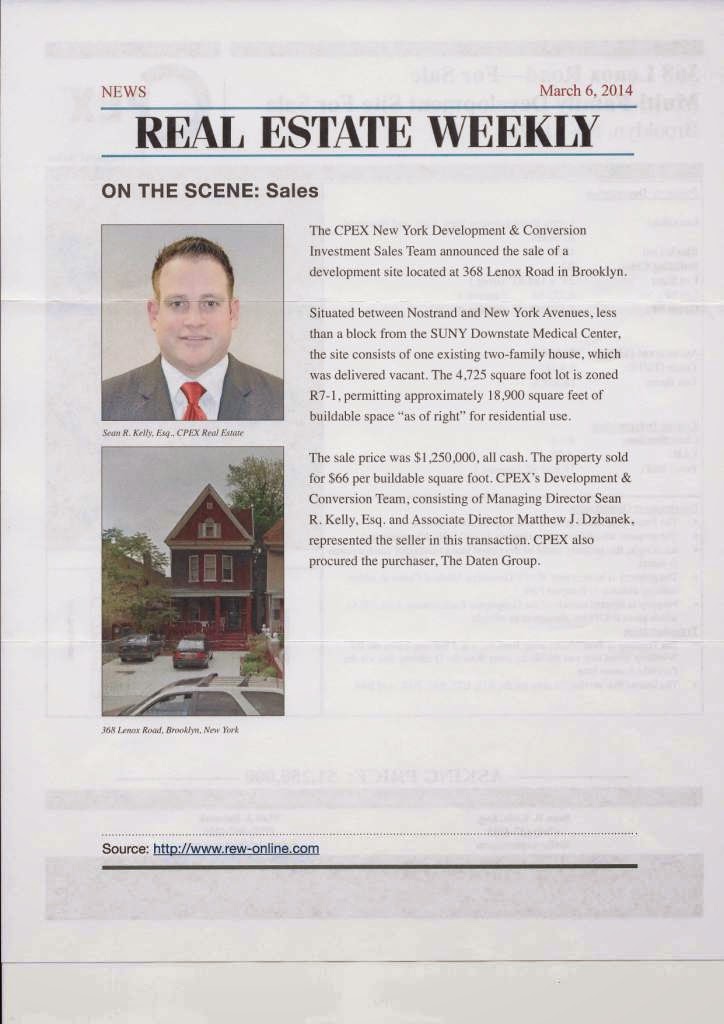 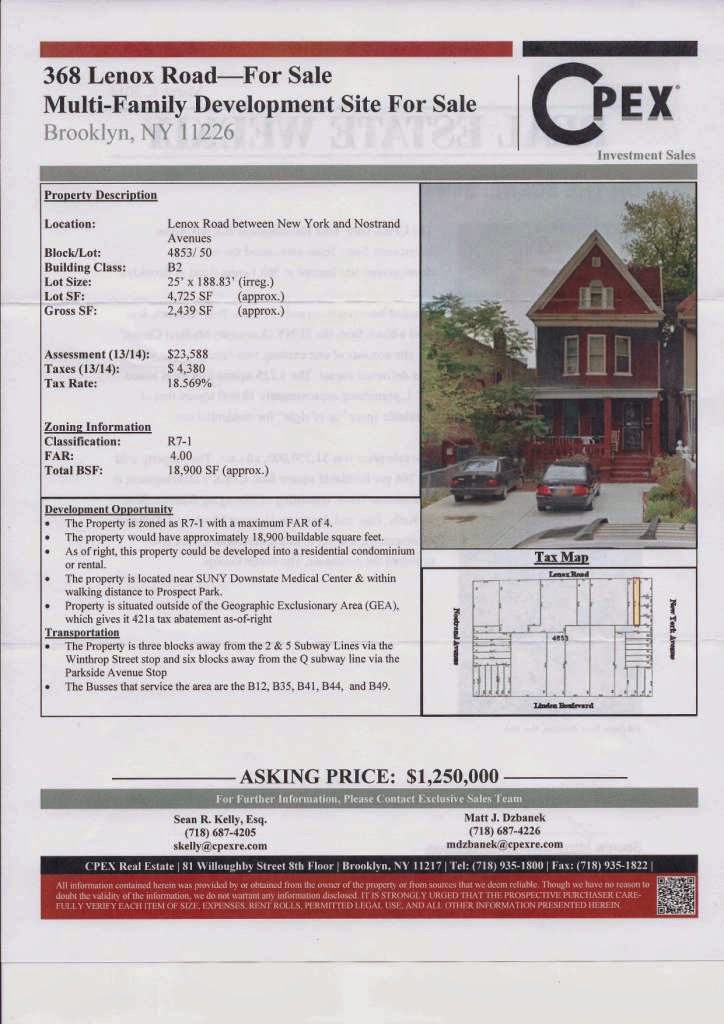 Posted by Clarkson FlatBed at 9:50 AM

This is happening almost everywhere in subway-accessible Brooklyn except for, perhaps, East New York. I live next to an abandoned building on the Crown Heights/Prospect Heights border and I am stopped all the time by passers-by asking me who owns it and how they can find that person so they can buy it (he's in prison, so...). And when that fails, they ask me for my landlord's number so they can try to buy our building. And this isn't unique to Brooklyn. I have friends in towns in Michigan who live in more desirable areas that see little new construction and they are drowning under similar letters from realtors.

I've heard of developers using sham "real people" to persuade people to sell, but then they find out their property is being bought by an LLC scammer. Of course, by then they're counting their money, so they let it go.

A woman I know in Crown Heights is regularly harassed by people who ring her doorbell at all hours of the day (and night) asking her to sell her house. She feels intimidated but is determined to stay.

Yes, a few blocks over from 386 Lenox, including, for example, 186 Lenox Road, near Rogers, tearing down unattached frame houses, which I have mentioned here before. These were two frame type houses, side by side, now gone...

Those houses were knocked down in the dead of night, without permits, at least six years ago, and the lot has sat vacant since. It's regularly used as a dumping ground for all sorts of trash, and at one point a van was even parking in there on a regular basis. That didn't keep the house next door (194 Lenox Rd) from selling for $925K last August, however.

Hi, Thanks for the update on the lot. I noticed something else too, that for the longest while, the property taxes weren't being paid, because the address of the owner was not listed, and there were a number of DOB complaints. I noticed that the company address has been updated as of the latest tax cycle.