Nice turnout last night at the BBG auditorium. It's always a bit DIY with these community building things, but I thought the proceedings were handled really well by Pearl Miles, District Manager. The CB9 intern Ben showed some slides (I'll put 'em up as soon as I get a copy) of the zoning in the neighborhood. He followed a long-standing tradition at the CB of cutting up the district into quarters. You gots your NW quadrant (Botanic Gardens, Medgar Evers) your NE quadrant (large Hasidic population), your SE quadrant (Kings County Hospital and Dodgertown) and your SW quadrant (Lefferts, home sweet home). Last night, Nostrand was the east/west divide, and Empire the Equator.) Ready to roll?

We signed up to speak by quadrant. Quadrant A, B and D (NW, NE and SE) had just a few names all told. Quadrant C? We had to stop taking names just to get the party started. "Lefferts" was out in force, and not just the burgeoning movement known as the Prospect Park East Network, who were there with bells on (and signage). It was a real nice mix of folks, and given the fact that the NY Times has said we're now "on the map," we were all trying to look our best for the folks from the City Planning Commission in attendance. So much pressure to live up to the hype!

And what did folks have to say? It WAS a listening session, and so most of us listened. A few scattered "so why don't you move"s didn't spoil the whole show, though when you consider how strongly people feel on these issues of development and land use, it wasn't too, too bad. I've never been a fan of the "why don't you move" line anyhow, and not just because it's disrespectful and belittling. Mostly I just find it, well, not very creative. If you're gonna put somebody down, you should really go for the jugular with a witty barb, don't you think? 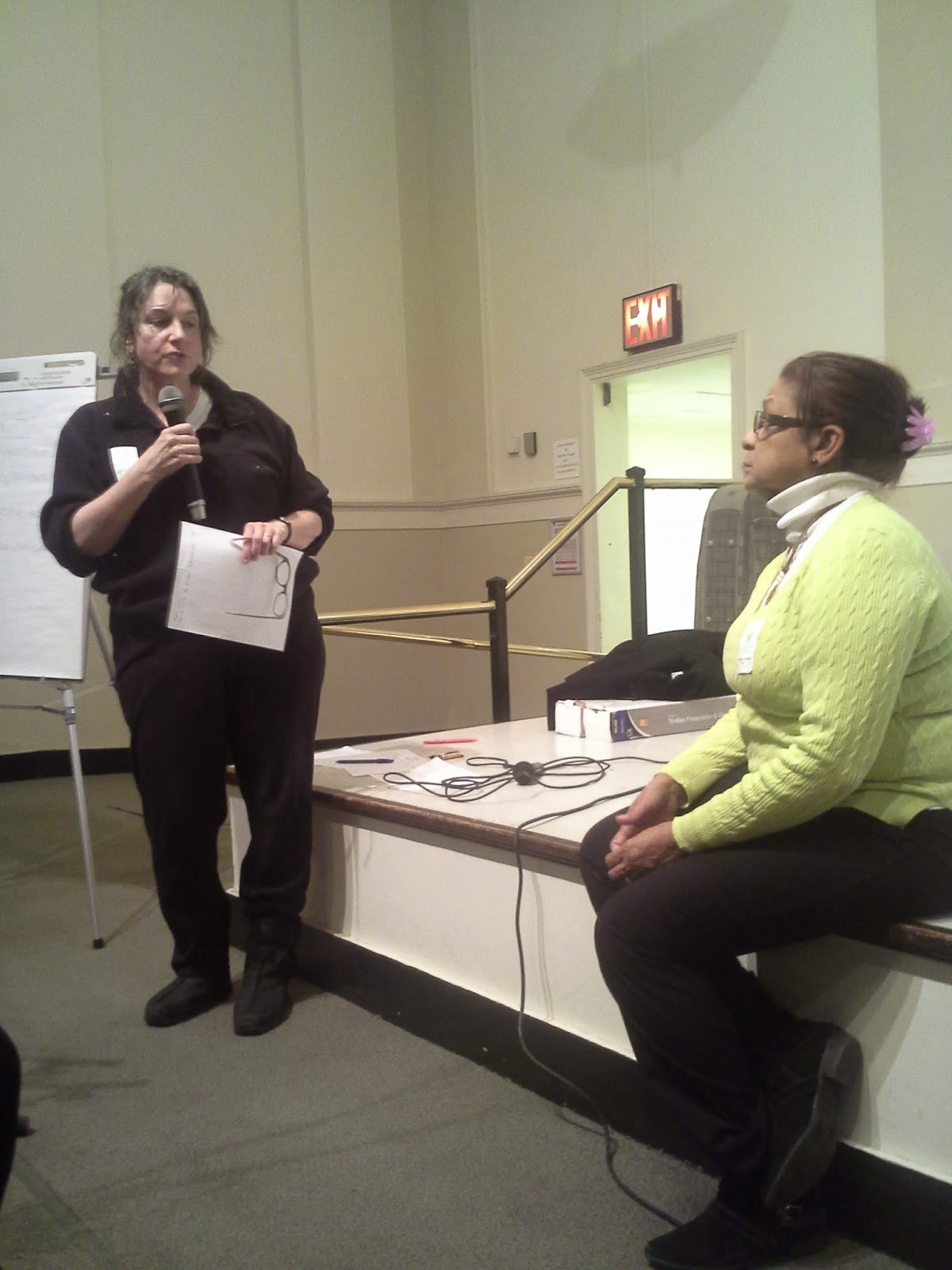 I'm gonna use some of the candids I took from the front row to jog my memory of what was said. One of the first speakers was Evelyn Tully Costa who I'm pretty sure is a landscape architect and lives in quadrant A, the NW. Beautiful area up there, if you haven't walked the streets above Empire you're really missing something. Anyhoo, she's super pro-landmarking, and bases a lot of her argument on aesthetics. And of course, she has a point. Brooklyn has some drop-dead architecture, and many of its blocks are historic and one-of-a-kind. It would be a shame if ALL the blocks of Brooklyn got hacked to bits for a quick buck, and Landmarks Preservation is there to lend a hand to areas that are willing to trade freedom to do as they please with their house for a bit of insurance against the whims of time. The Q digs the landmarking thing, and congratulates Chester Court on moving in that direction with those sweet dead-end Tudors that SHOULD have been part of the Prospect-Lefferts Gardens Historic District but were rejected because they weren't contiguous. But the Q stops short of suggesting that ALL pretty blocks be landmarked because, well, if the majority of people on the block don't want it Landmarks isn't going to designate it. A pity some will say. I say, live and let live. Your landmarked block just got prettier because some other decided to Fedderize it. 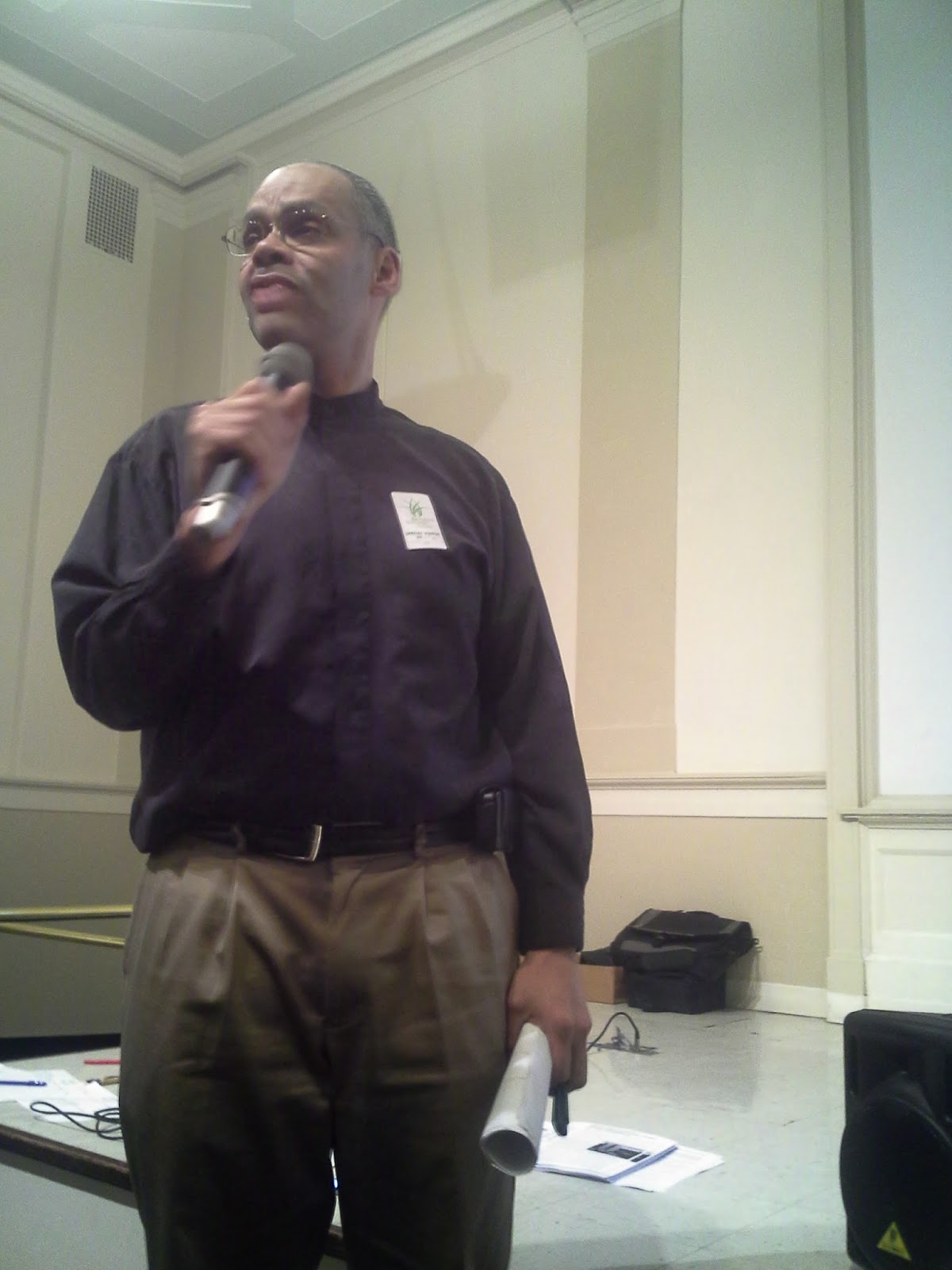 Then came an emerging firebrand of CB9, Dwayne Nicholson, of beautiful Crown Street in the NW, tween Bedford and Rogers. Dwayne would like to see most of the NW downzoned, and doesn't like the way chunks of his nabe are being sold off and diced up. He'll also be quick to tell you he's no fan of Medgar Evers college either, but that's got a long backstory I really shouldn't get into right now, though another fight over M.E.'s planned closure of Crown Street from Franklin to Bedford for a grassy quad is about to heat up again. 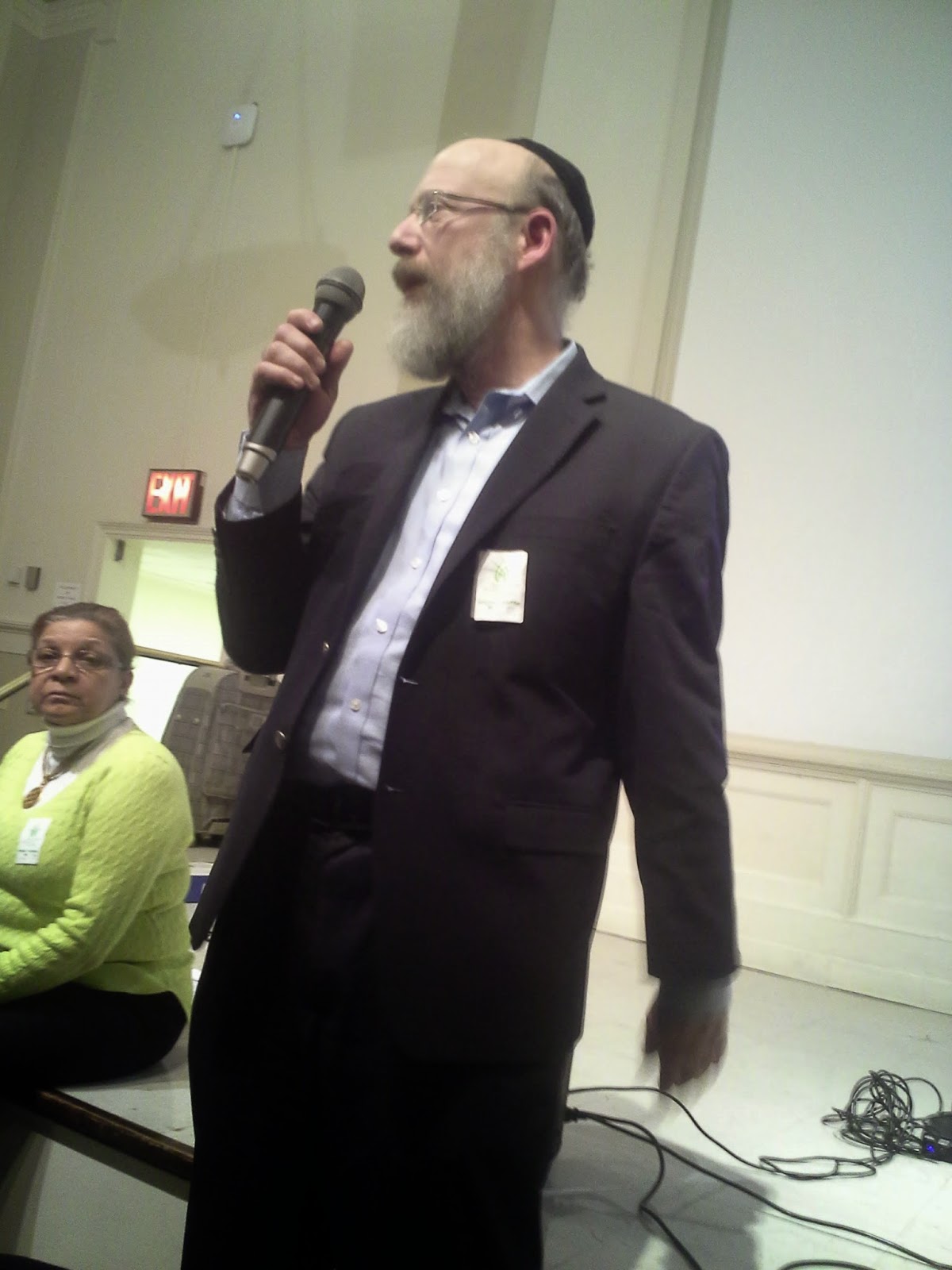 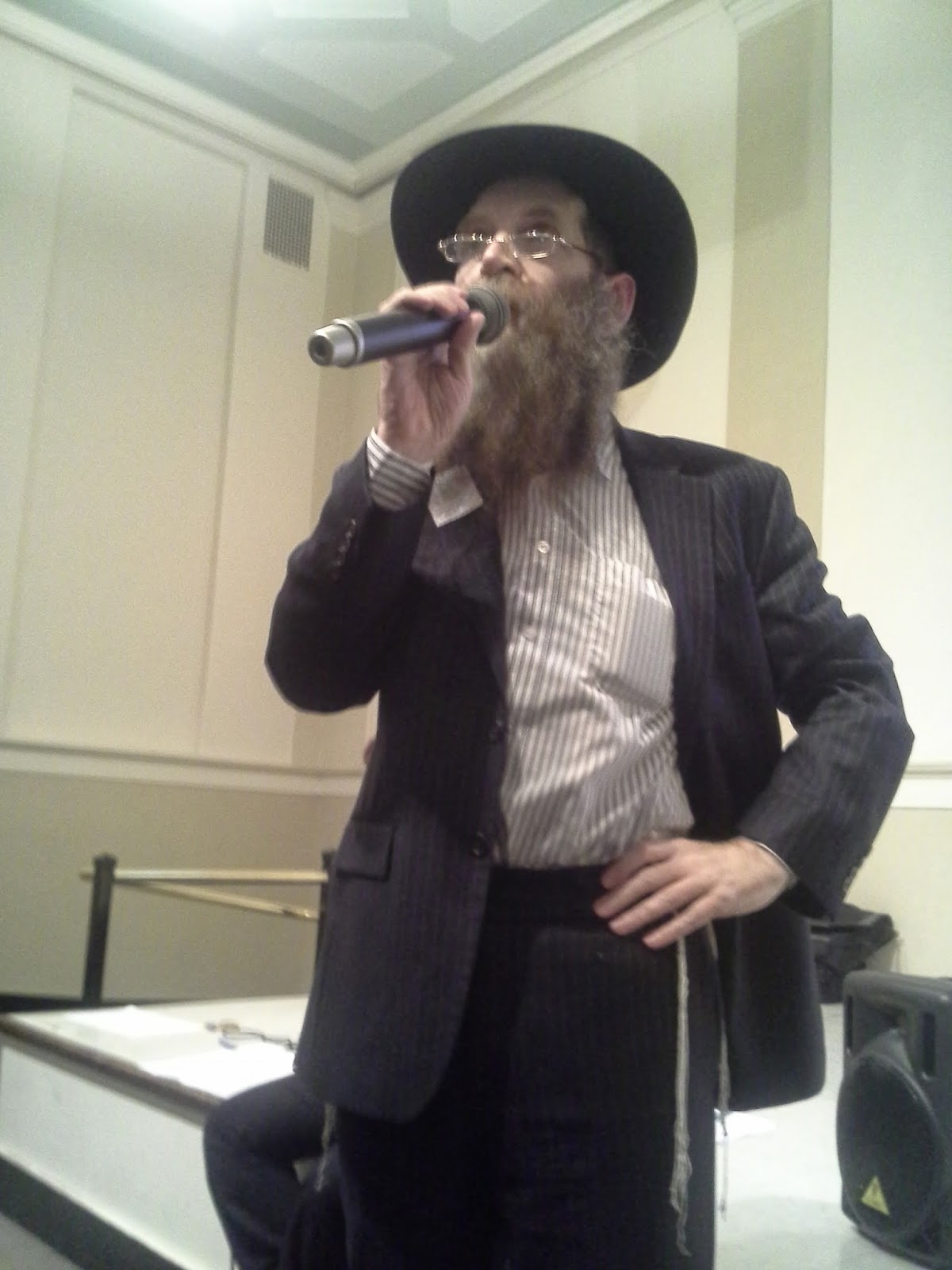 The next three gentlemen to speak were, in order, a guy named Mendel something (couldn't make it out, pictured), Shalom Goldstein president of the Kingston Ave Merchants Association, and Eli Cohen, (pictured) exec dir of the Crown Heights Jewish Community Council. The beef over there, for the Orthodox anyway - can't speak for the rest since they weren't really there last night - is that the restrictive zoning of R2 and R4 doesn't allow them to do ANYTHING with their homes, since they're already "overbuilt," a term that means they've already met or exceeded what's legal for that zoning. The R2 designation is actually reserved for larger free standing homes, like the ones they have in Ditmas Park, sorry, Victoooorian Flotbush. The story I heard on how some of those blocks got R2 is this - a lot of mucky mucks used to live in those beautiful mansions along Union Street, and convinced other mucky mucks to give them the lowest possible zoning to preserve their property. I'm sure Montrose Morris would know the truth! I think of her as Encyclopedia Brownstone.

A gentleman named Frank Hebbert spoke, in a British lilt, about the need for safety along certain streets. He was charming in that way that Brits are, so I googled him and found the below video, which oddly enough deals with a pretty nifty idea for boarded up storefronts IN the NW sector, called Supertable. He came up with it with Haruka Horiuchi, his partner in crime I'm supposing. For halftime, check it out, cuz I'll come back with Sector C (the SW) in my next post. Don't go away, we'll be right back!

"A few scattered 'so why don't you move's didn't spoil the whole show"--Tim, you are the best!