The Best Side of the Park

Yes, yes the Q has been hearing the stories this week about how "Music Island" over by the still being constructed Lakeside project is ready for its closeup. After 50+ years the disastrous Moses-era project known as Wollman - the skating rink that killed Olmsted and Vaux's crown jewel - was finally about to sing her sallow death knell. Such lofty language gets used whenever historians and Jane Jacobs-ites get their nostalgia on! (And did you know that Vaux is pronounced Vox, rhyming with box? I didn't, till I heard every Tom, Dick and Bloomberg say it thatly this morn).

And yet, when I attended the "dedication" early today, even in the dreary rain, none of the hoopla seemed to matter. The blah blah blah from the elected officials couldn't stop this grown man from getting verklempt over the vistas. And that rich lady Shelby White who gave all that money to make it happen? She moved me too with stories of her growing up right here in Caledonia, her father a musician who loved the Concert Grove, and the magical memories she had as a child playing along the promenade looking out at music island. The pictures say it all. Really stunning. And look at that second to last pic where, do my eyes deceive me? It looks like a little mountain, could be Upstate someplace. Sweet. Go see it for yourself Saturdays and Sundays from 10-2, when they open the gates for you to take a gander! 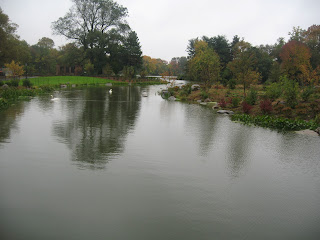 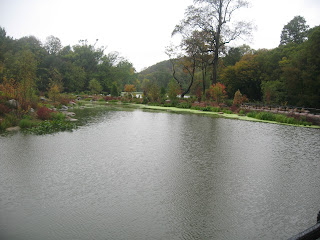 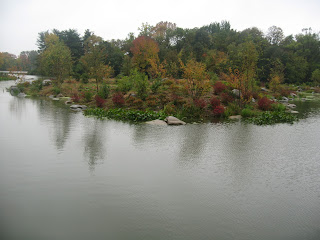 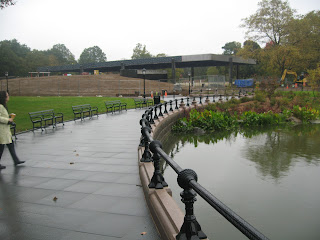 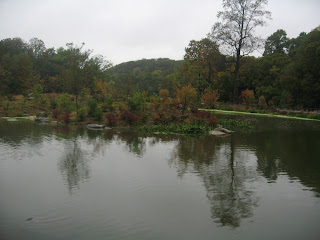 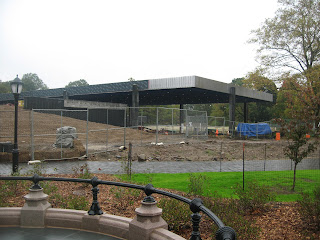 Posted by Clarkson FlatBed at 11:00 PM

"Callousdonian" Hospital is synonynous with apartheid - please drop its name from describing "your" Flatbush (who needs branding? We know where we've been); it devastated its neighbors by forcing landlords to convert their buildings into clearing houses for criminals and sex offenders thanks to their HIV Clinics etc. And their hiring practices - only if you held a broom. That eyesore stood for decades ignoring the communities efforts to make it mutually beneficial even donating land for a shelter in the same area recently. (The gift that keeps insulting.) Your nostalia is wrongly placed. Please identify us by location, location, location (isn't that proper brokerese?). Call it Parade Grounds-Parkside or Parkside-Prospect or some such positive asset instead of a defunct entity. Hey, how about a nod to yourself - "Q Flatbush?"

Actually, according to Wikipedia, it rhymes with hawks. And me and my pseudo-frenchness saying Vo, Whatever.

I'd never heard it pronounced Vawks until yesterday, and I gotta say I was taken aback. My architect friend says even professors say Voe. I think what we have is one of those Andrew CarNAYgie deals, wherein try as historians might, the correct pronunciation just won't stick. I'm switching to Vawks of course, just to be smart ass.

Anon 8:59: Honestly I'd never heard or read anything negative about Caledonian Hospital before so I'm happy for the tip. Obviously it must have had its detractors...but it was hard to find much info on it on the web, other than birth and death announcements (of people, and of the hospital). I'd love to hear more of your story frankly...send me an email with your thoughts and I'll create a post for it. Maybe others can chime in?