Man-o-man-o-manischewitz. With 3,000 names on the waitlist to see it (mine included, as a gawker), the leasing has begun for 123 On the Park, known to those of us with long memories in Brooklyn as the Caledonian Hospital on Parkside Avenue at St. Paul's Place. Read the full account at Curbed whose pics are below.

At $2,200 for a studio (if I'm correct that still stands for one-room apartment), a single person living in one would have to make $90K to live there comfortably. The three-bedrooms (quite unusual in this day and age) will go for close to $4K. When I moved to 11226 in the early '00s, the median (that's middle of the pack) FAMILY income was just over $30,000. And most of the folks in what I call "Caledonia" were at middle or under. It was (and still largely is) a lower income area with TONS of pre-war buildings, largely rent stabilized (for now.) If I recall, the latest census in 2010 didn't have the median income budging up much. Amazing.

Not that I can't see wanting to live there. It's an outstanding address, close to the Q and B, across from the Park, next to the Parade Grounds and within spitting distance of Prospect Park's own bizarre version of the "Acropolis." I'm not a stranger to these kinds of rents...but I never thought I'd see them this soon in this bit of Flatbush. 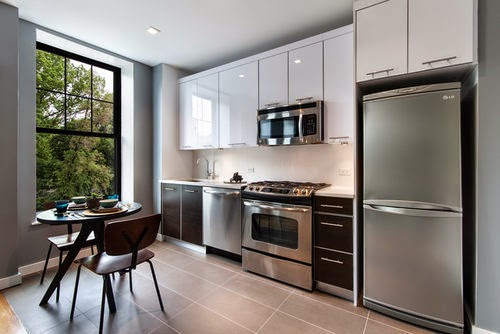 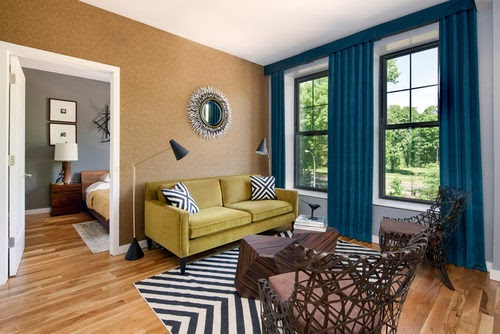 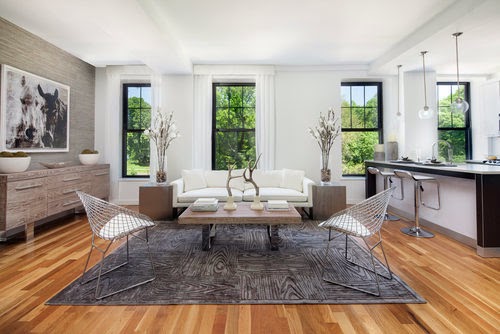 Posted by Clarkson FlatBed at 10:50 PM

I also got on the list and was going to their open house. The agent however said that the 3br were going for $4145