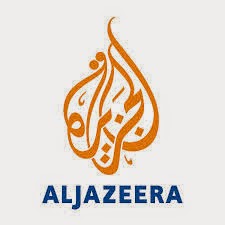 A producer from Al Jazeera is doing a piece on the rent crunch in the U.S. Many of you I'm sure saw the NY Times piece on rents rising beyond middle class incomes?

Al Jazeera, of course, is the Qatar based news agency that has grown substantially into a worldwide powerhouse.  Most of us became aware of the network when it covered the aftermath of 9/11 and the Afghan and Iraq wars waged by the U.S. They often provided a counterbalance to pro-Western accounts. To its credit, the government owned Al Jazeera often surprised folks by going out of its way to produce "fair and balanced" reports, not always of course. But then even our own "fair and balanced" network doesn't always adhere to its dictates either.

The irony of course is that just a few months ago I posted my allegory of a mostly white middle-class neighborhood (Lefferts of the future) being overtaken by Qataris in search of cheaper rent near the Park - The Qatarification Quandary. The combination of these two thangs has made me think, in toto, of Qatar 100 times more than I ever had before, though I've always been fond of the Arab country's spelling, though of course it's no use in the traditional rules of Scrabble. On a semi-non-related note, I've always been annoyed by the use of the phrase in toto, when a nearly exact same sounding English phrase, in total, can be used. Sometimes, I guess, it pays to sound haughty.

Lori Gordon is the producer's name. If you or someone you know would be willing to speak to her for her piece on the rental crisis, please email me and I'll make the introduction.


Posted by Clarkson FlatBed at 2:07 PM

Qatar's media was classified as "not free" in the 2012 Freedom of the Press report by Freedom House.[128]

Criticism of the Emir in the media is illegal: according to article 46 of the press law “The emir of the state of Qatar shall not be criticized and no statement can be attributed to him unless under a written permission from the manager of his office.”[129]

TV broadcasting in Qatar was started in 1970.[130] Al Jazeera is a main television network headquartered in Doha, Qatar.

Al Jazeera initially launched in 1996 as an Arabic news and current affairs satellite TV channel of the same name, but has since expanded into a network of several specialty TV channels.

Print media is going through expansion, with over three English dailies and Arabic titles. The number of locally published magazines has also increased with several monthly, bi-monthly and quarterly magazines being published in both Arabic and English.

In more recent times, with the advent of Social Media, online news portals such as peninsula online, Gulf Times online and Qatar Chronicle have gained popularity among the public in Qatar.

The latter of which has been particularly noted for their bold articles that are often not in line with the publicly accepted propaganda.

Qatar is a sovereign Arab emirate, located in Western Asia, occupying the small Qatar Peninsula on the northeasterly coast of the much larger Arabian Peninsula. Its sole land border is with Saudi Arabia to the south, with the rest of its territory surrounded by the Persian Gulf.

Qatar is an absolute monarchy that has been ruled by the Al Thani family since the mid-19th century.

Before the discovery of oil, Qatar was noted mainly for sea trade and pearl hunting. It was a British protectorate until it gained independence in 1971.

In 1995, Sheikh Hamad bin Khalifa Al Thani became Emir when he deposed his father, Khalifa bin Hamad Al Thani, in a peaceful coup d'état,[9] only to later step down in favor of his son, Tamim bin Hamad Al Thani, on June 2013. Qatar's semi-elected Majlis al Shura has very limited legislative authority to draft and approve laws; the Emir has final say on all matters.[10]

Most Qataris belong to the strict Wahhabi sect of Islam.[11][12][13] Qatar has the most conservative society in the Persian Gulf after Saudi Arabia.[14][15]

Qatar has the world's third largest natural gas reserves and oil reserves in excess of 25 billion barrels, which have fueled Qatar to become world's richest country per capita and achieve the highest human development in the Arab World and 36th highest globally; furthermore, it is recognized as a high income economy by the World Bank and also the 19th most peaceful country in the world.[16][17]

Qatar is currently undergoing transformation under the National Vision 2030, in which it expects to achieve an advanced, sustainable, and diversified economy.[18] In order to promote tourism, Qatar has invested billions into improving infrastructure.

Qatar has become an influential player in Arab world. Qatar supported several rebel groups during the Arab Spring both financially and by asserting global influence through its expanding news group, Al Jazeera.[20][21][22]

Qatar maintains close relationships with western powers—Al Udeid Air Base plays host to US and UK air forces—and eastern powers, and has often tried to bridge the gap between Muslim and non-Muslim states.

Qatar has a population of around 1.8 million people, however only 280,000 of these are citizens; the majority of the population are foreigners who work and live in the state.[23]