It takes a lot not to notice the changes big and subtle on the Flabenue these days. For years the vibe was generally the same day to day to week to month. And certain things still are dependably as they were. But the more you walk it, and I walk it a lot, and ride the bike (when the kids are NOT in tow of course), the more you notice that the foot traffic is quite a bit more intense these days. People seem to be going somewhere in a hurry, and it's not just because it's getting colder. Transplants to Brooklyn move with a sense of purpose, maybe unease, maybe just always late, but there definitely seems to be an agenda. Am I imagining this? As the next generation of "quarterfinalists" hang their shingle in the NYC Entrepreneurial Persona Sweepstakes, it feels both familiar and tiring, with every new face a potential friend or competitor, or both. At what point do you stop caring? And will anyone not working for the City EVER retire, or are we doomed to reinvent ourselves every decade til we keel over from the sheer weight of self-discovery?

It's all what it is, of course, and what it is includes some of the following. First, the big BIG news that's hardly news at all: 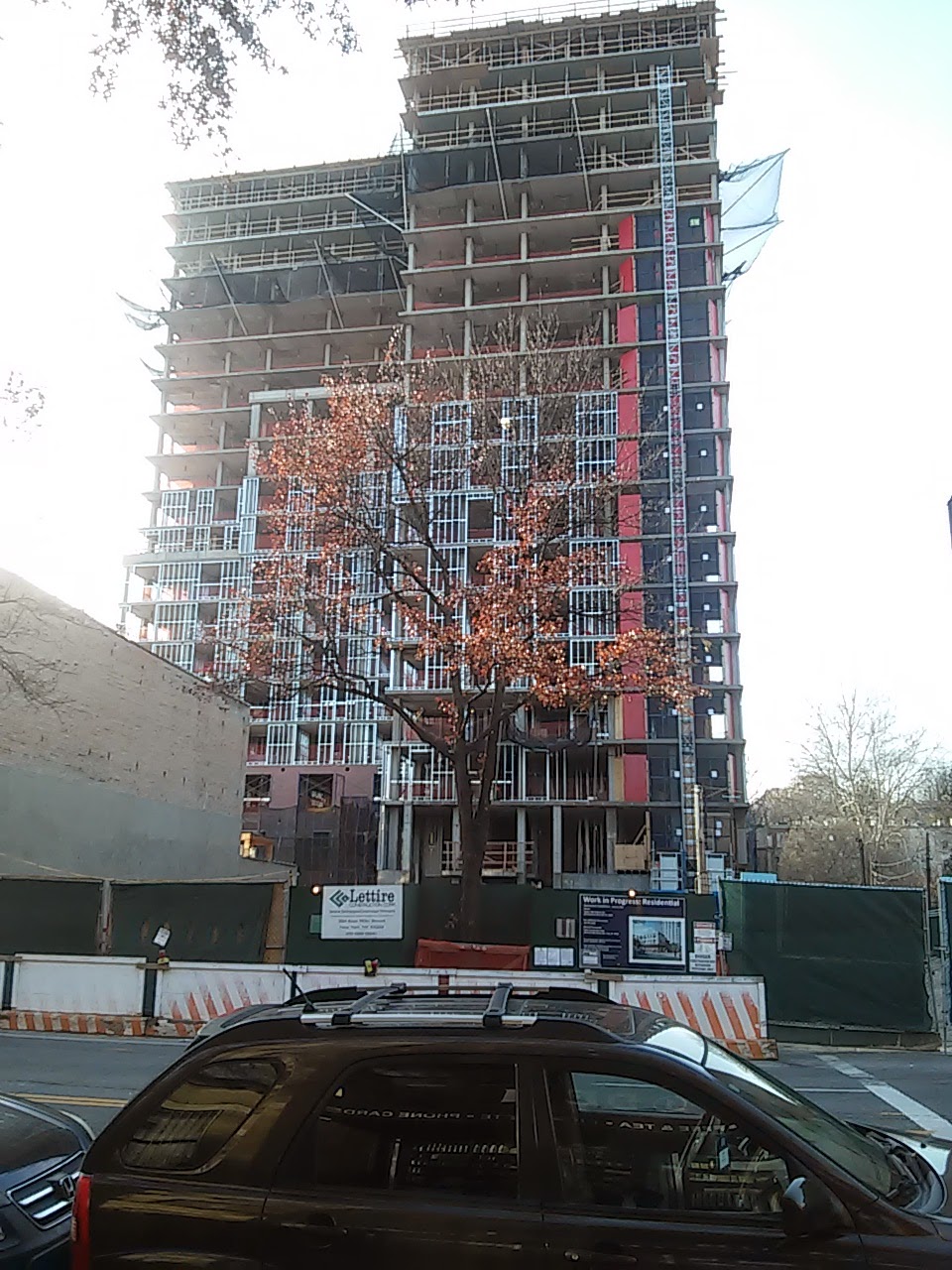 Man, oh man, once you lay that concrete you can really build baby build. Only five  more stories to go, by my count. Then I notice this: 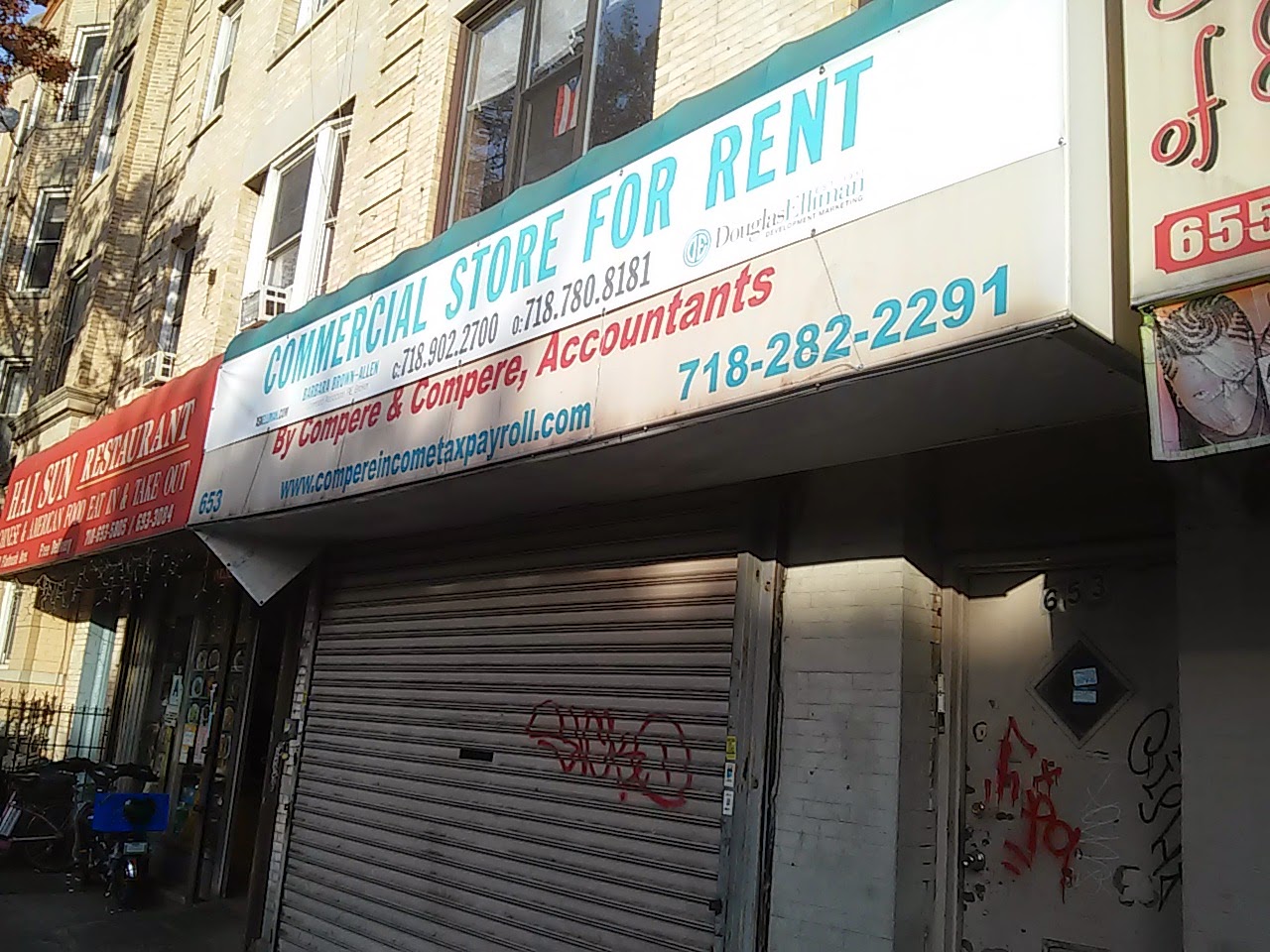 Just a couple years ago I was talking to Wilfrid Compere, president of the Flatbush Merchants Association. He ran the above tax-prep joint, and now it's for rent, not just by "some dudes from Boro Park" but by big-time agents Douglas Elliman, or Doug E Fresh as he's known by me. In fairly short order, Wilfrid and Delroy Wright were sent packing by the newly formed Parkside Empire merchants association, which has worked with CB9's Economic Development committee to organize a Buy Local campaign. It's always a great idea to support your ma & pa businesses, because their success is OUR success. Don't you think? Under CB9 EDC chair Warren Berke you get the following pic: 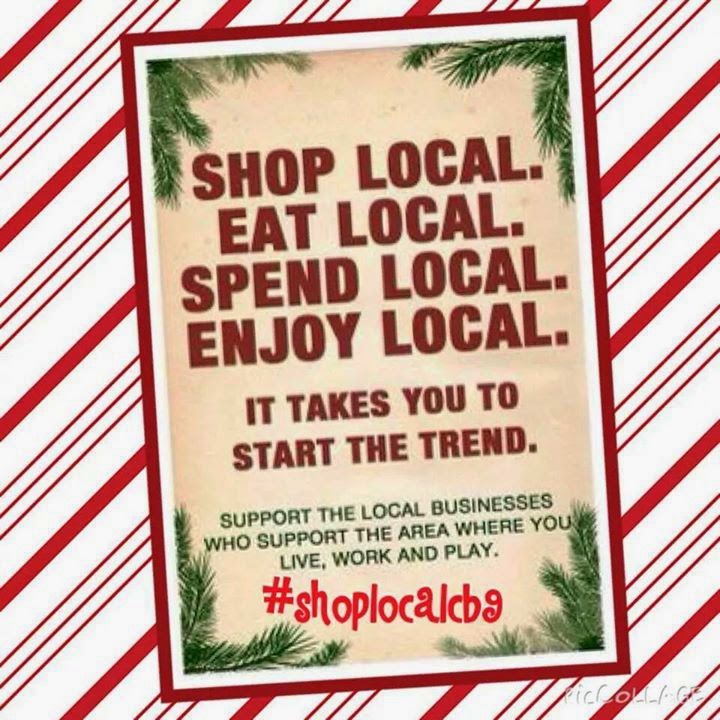 I don't necessarily buy the line "it take you to start the trend," because the more important truth is "it takes you to FOLLOW a trend," since really only one person can start it, or two people who will forever argue over who actually started it. But I quibble. It's all for the best, eh Warren?

I'm always amused and a bit shocked to see the following scene. We've all seen it dozens of times, but lately I notice how incredibly shoddy is the execution. It goes like this: medical arts building, a clinic say, with those mailboxes for "specimens," looking something like this: 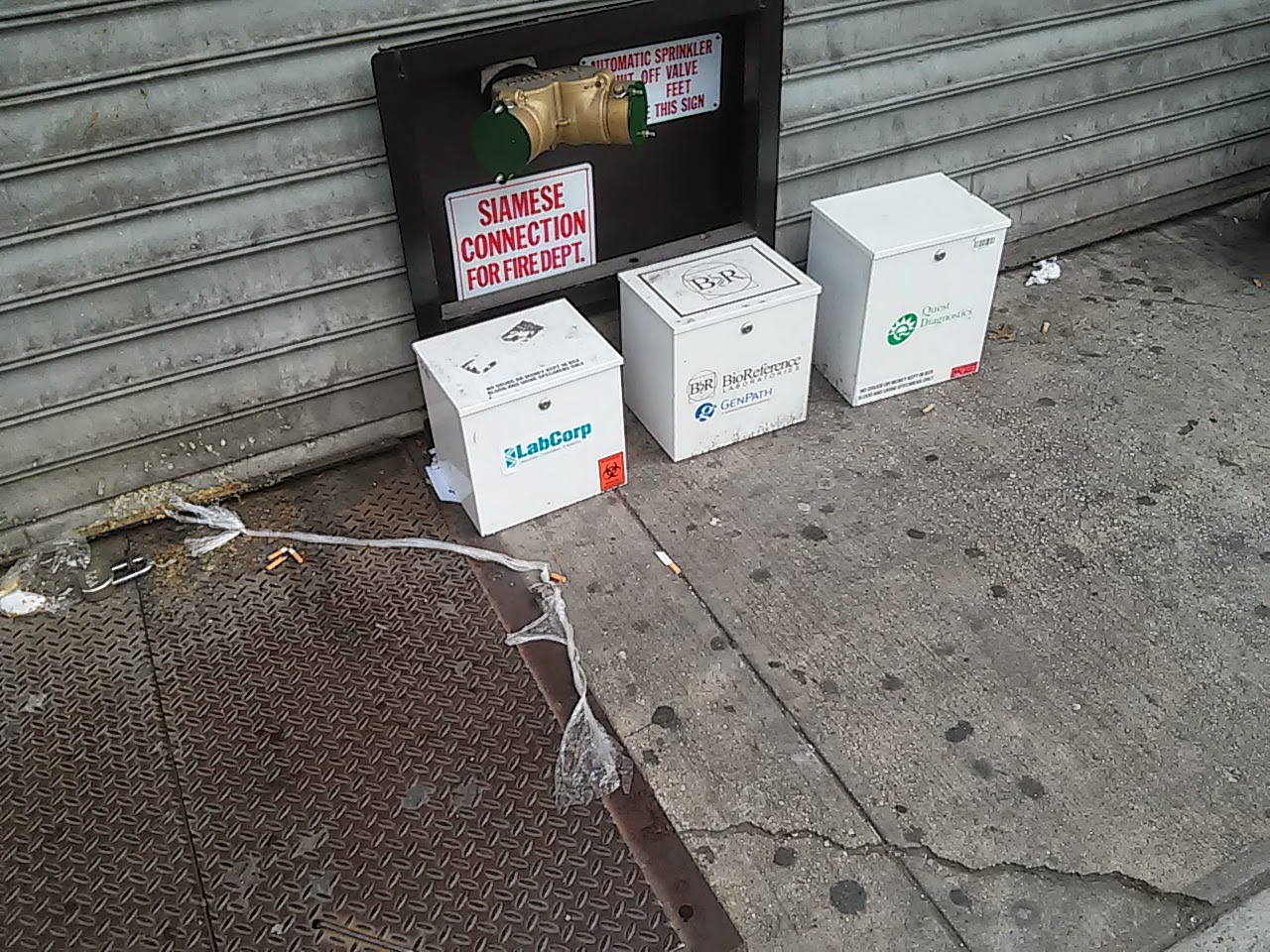 Kinda makes sense. You've got some gunk you need tested and they come and pick it up. You put it in a box with a key, so they can pick up after hours. I get that, though it seems like pretty shoddy safety of the specimens to me, plus there's all manner of wintry and summery weather to freeze or melt your, um, "specimens." But on further inspection, I walked up to these just to see how easy it would be to mess with them. Hell, they weren't even locked down. You could just pick these up and walk away. Not that you'd necessarily have reason to walk off with a box of, um, "specimens." But then I get a look at the print on the box, and now I can't help but let out a girly shriek. I mean c'mon: 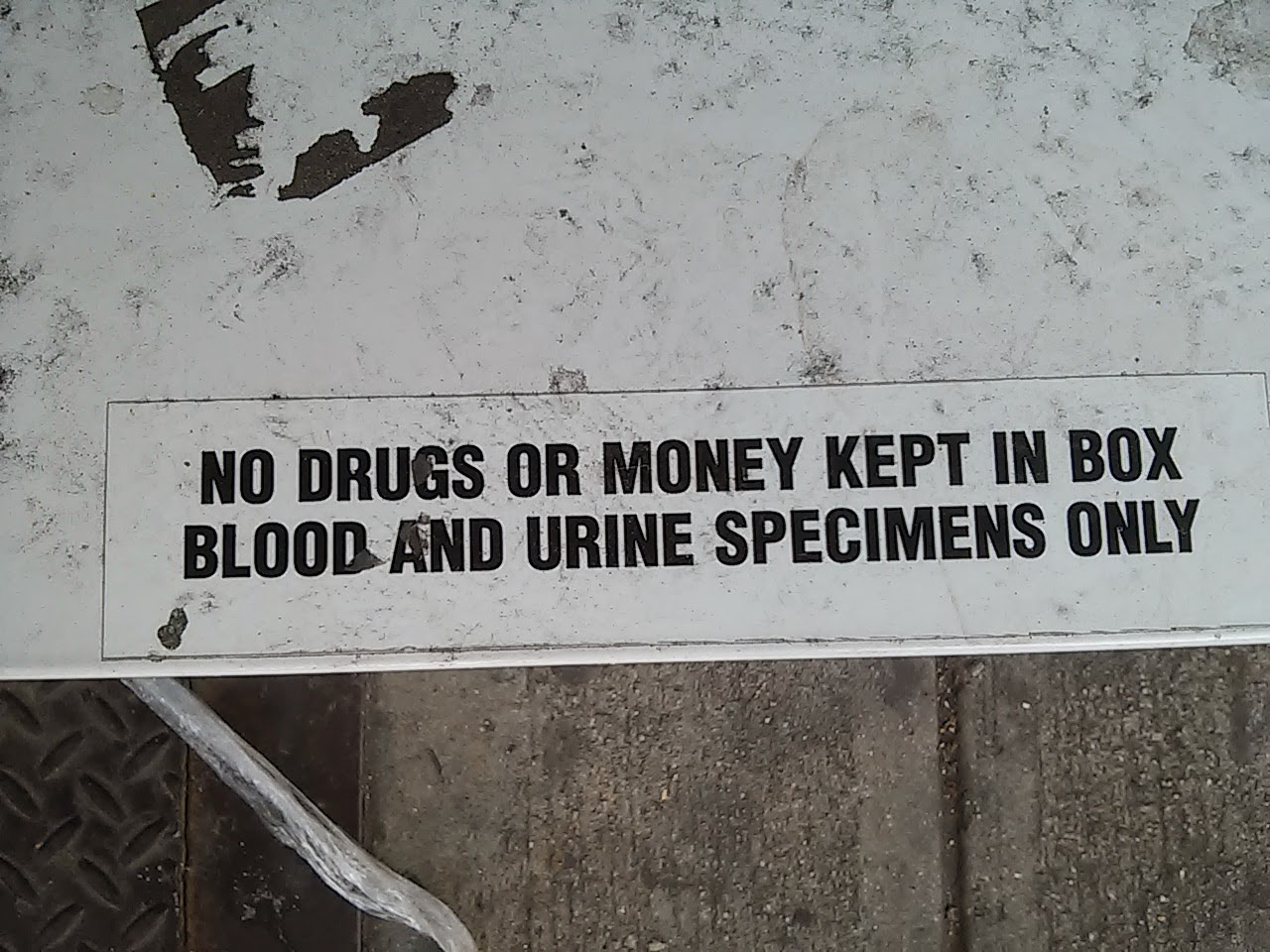 Well, I guess we should be glad it's blood and urine ONLY. No bile or entrails allowed.

(This is where I start to feel like blogging was invented by Andy Rooney's grandson). 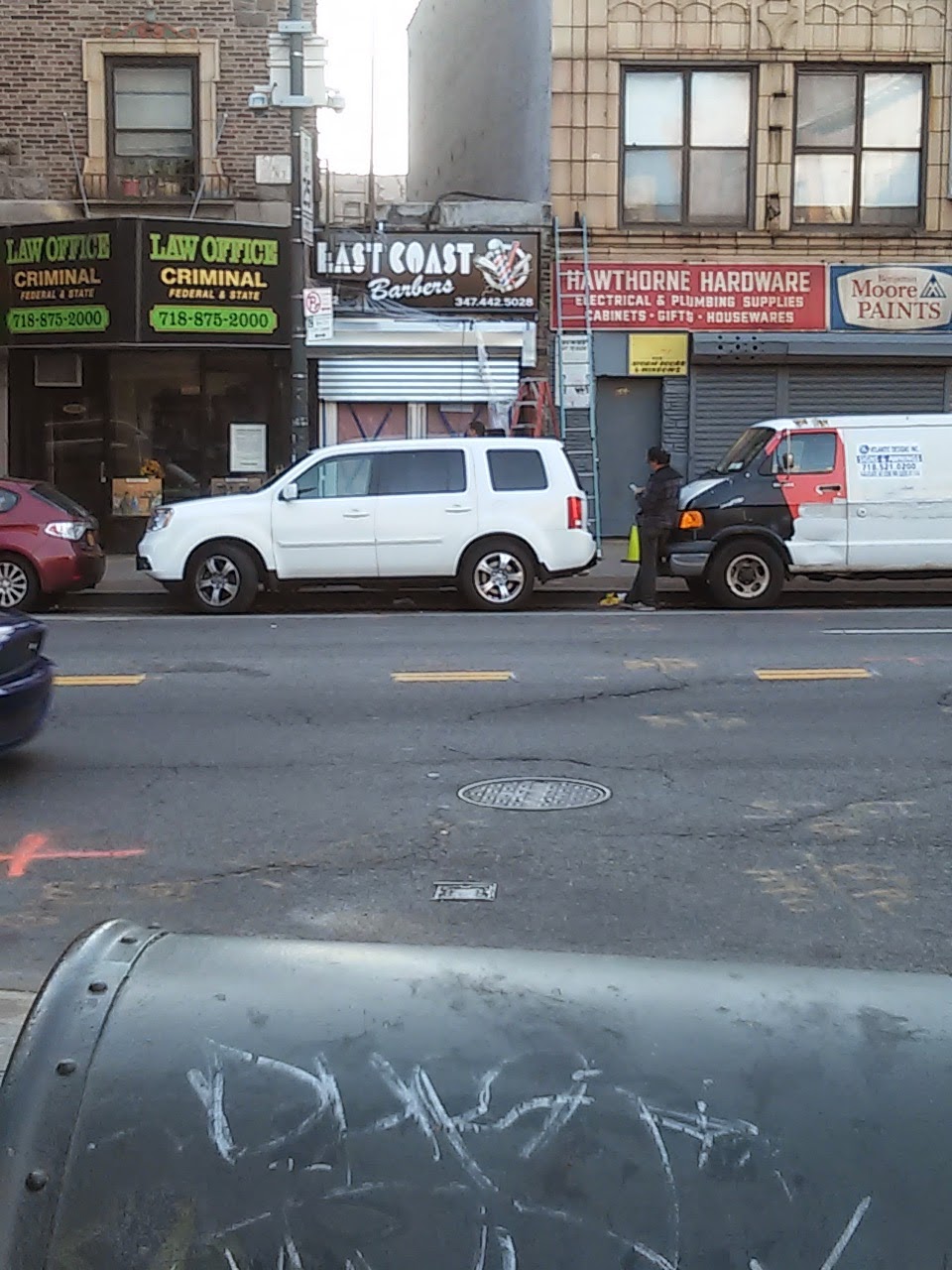 A new barber shop opened between Joyce David's law office and Hawthorne Hardware, in case you want to get a haircut between buying spray paint and getting busted. I like the sign, and the name: East Coast Barbers. Maybe one of you typesetting or graphic types can tell me what type of...TYPE...that is. I mean font. Cuz I likes. It's a familiar feeling...maybe early '80s hip-hop? I love the pac man "c" that looks like it's eating the "o."And the little line that makes a triangle an "a?" Wait a second. That IS a Pac Man font! Right? Heading over to Google Images now...yep! Not exactly, but really close. God how I love the Google! (now I love it, before it turns on us, if it hasn't already. Basically my whole life revolves around Google. They have all my pictures, videos, my blog, my friends, my music. They know everything about me, even as I'm living my life, they gather each day, each second. Truman Show ain't got nothing on this. Dang. You reading this Google? Google? I'll be good Google, promise I'll be. Just don't dump my stuff, please?)

What an awesome mural next to Errol's, no? I love the way the hardware attached to the building seems woven into the picture. I don't think until recently did I fully appreciate what an extraordinary effect a well-done mural can have on a place. Between this one, the Crown Heights Youth Collective one at Winthrop, the PLG Arts one and the Kwenci Jones jungle-love near Empire, that's a lot of visuals twinkies for a hungry phat man walking slow enough to appreciate it all. 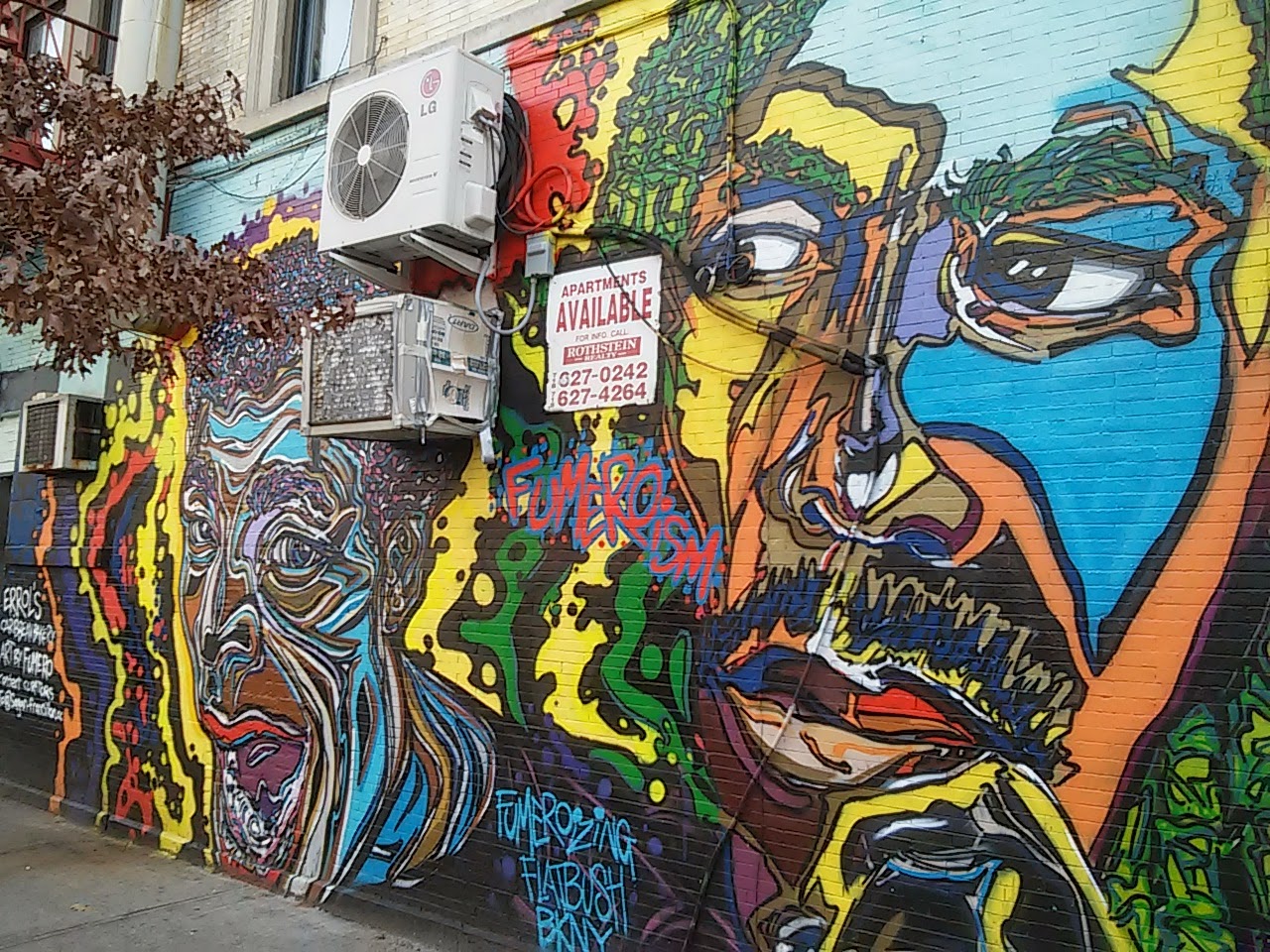 Posted by Clarkson FlatBed at 11:19 PM

The A to your Q, Q:
The lettering used for "EAST COAST" is an artificially squeezed bastardization of the typeface Baby Teeth which was created by the design giant Milton Glaser back in the '60s. A Google search offers some evidence that it first apperared on Glaser's iconic Bob Dylan poster (the silhouette with the swirly psychedelic hair).
You can be certain Mr Glaser had nothing to do with the creation of this barber shop sign. Looks more like the work of the sign maker's intern/nephew...