Tuesday's Community Board Meeting, In Verse 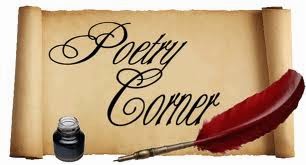 Were you there? No? Here's what you missed, in a poem:

(Who the hell doesn't want speed humps?
They're not hard on cars like the speed bumps
More than all other neighborhoods
Ours cares more for cars than their fellows' broods)

(Okay, I know that's a reach
But Byron himself I beseech
His rhymes
They did sucketh
Too sometimes)

We ran out of time, agitator
You will have to wait until later
To spew out your threats of more lawsuit
Over stuff that most folks couldn't give a hoot

Ms. Boyd wasted our time
At the last two meetings, that's fine
But now she must wait her turn
Patience she just needs to learn


Posted by Clarkson FlatBed at 9:29 AM

Thy prosody I hath often held in High regard
Q, but who the devil knew such a talented scribe
Dwelled in our neighborhood?
(Aye, "hard" that should be, but my rhymes
Sucketh anon at times.)

Nice speaking with you on Monday Tim. This is actually my photo - I wanted to get more but I just wanted to get the hell outta dodge at this point. Glad to see it making the rounds on the internets!