Worth a Close Reading

The good folks at PPEN have provided a summary document of their goals for a Zoning Study. It could serve as a nice antidote to some of the screech we've been hearing from other quarters. It's been warmly received at the Community Board as an example of another perspective from the resolution passed last March. It would therefore be entered into the discussion post-resolution that we should in fact be having right now. Since the Board has heard the concerns of MTOPP, and heard them, and heard them, safe to say we're glad to have something constructive to contemplate.

Lest you think this is merely a formal reiteration of the Q's own perspective, I have some small issues with this document that I'll enumerate at a later time. For those who take the future of the neighborhood seriously, though, I'd encourage a thorough read. Much of this may find its way into any further discussions with City Planning, if we're lucky enough to be able to move forward. 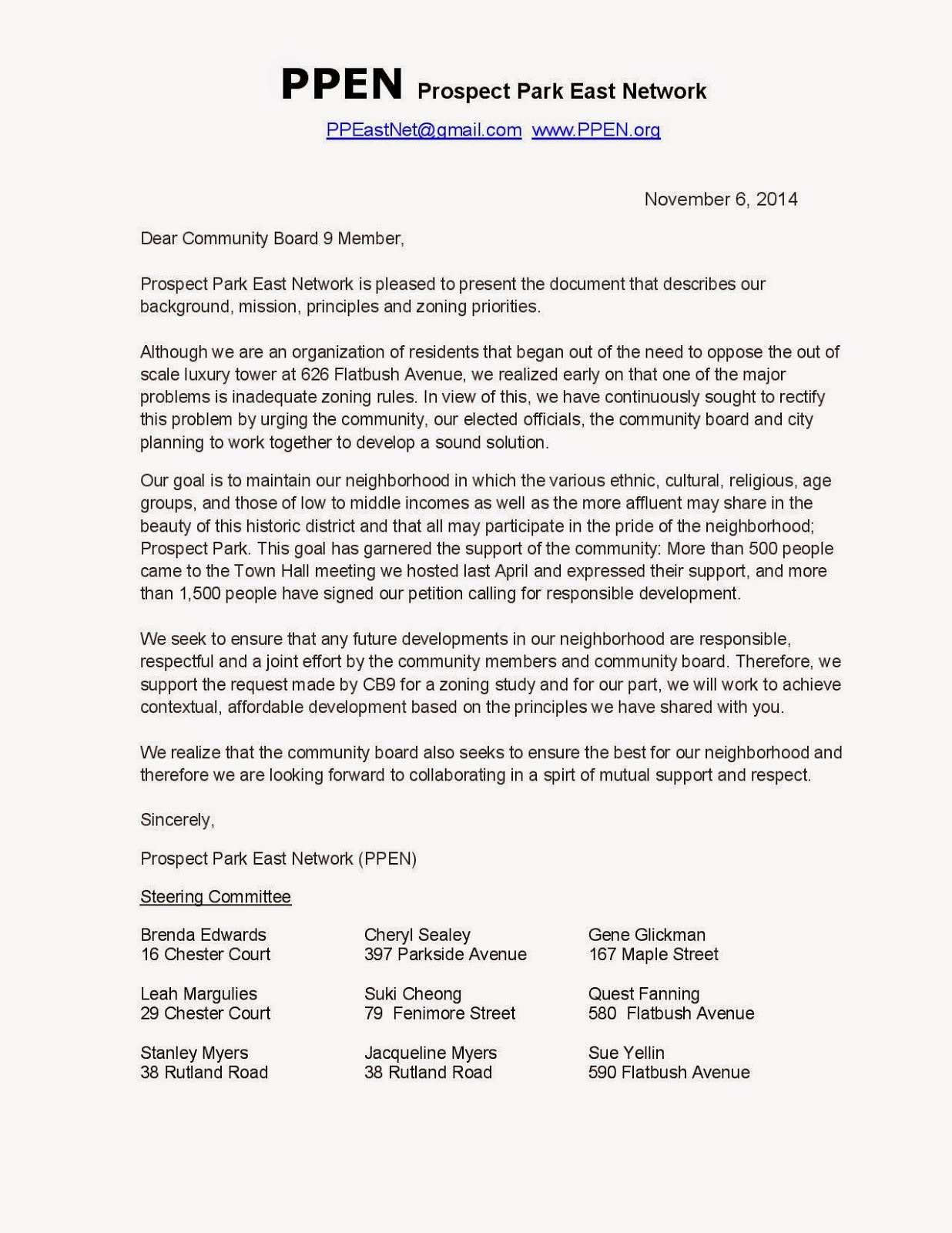 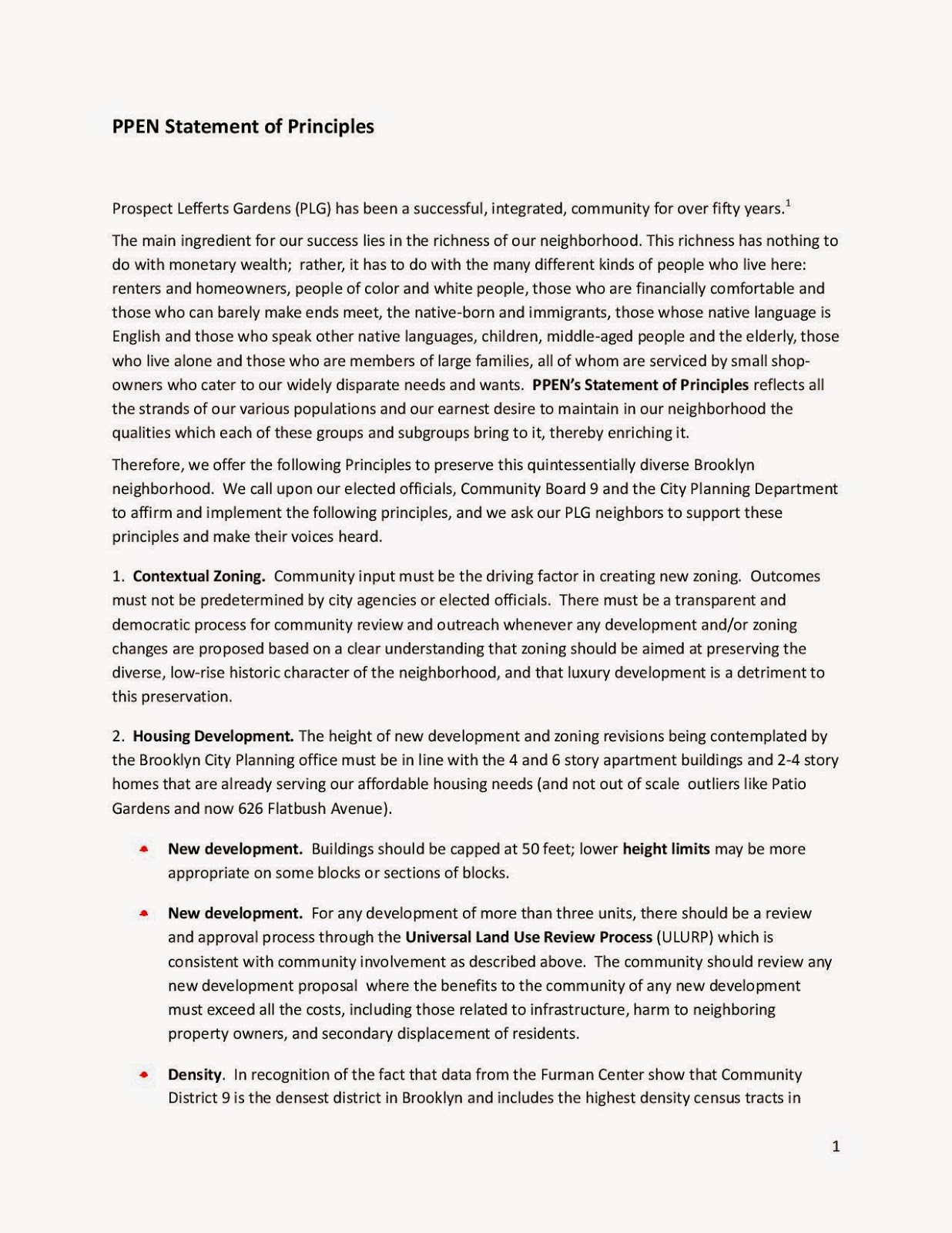 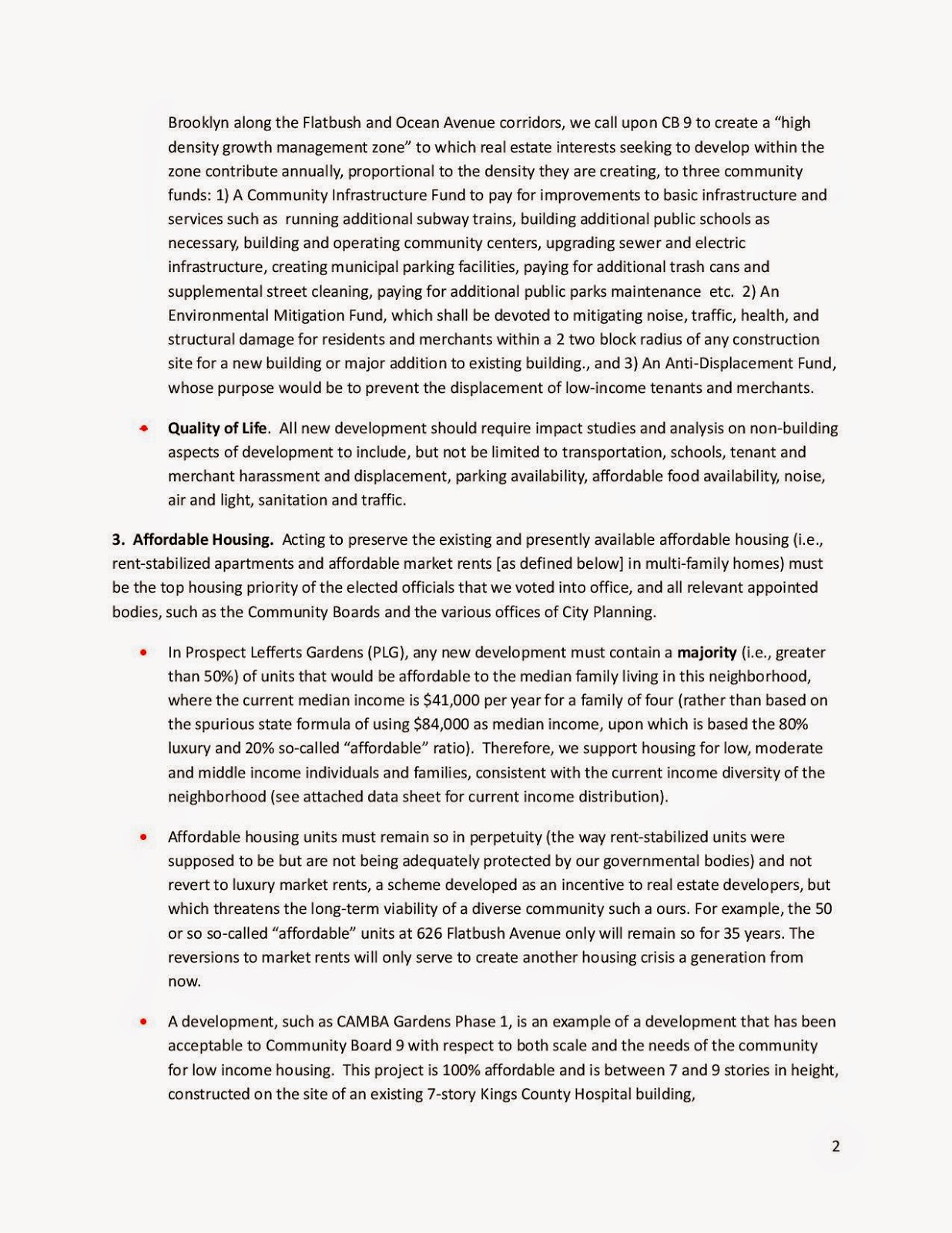 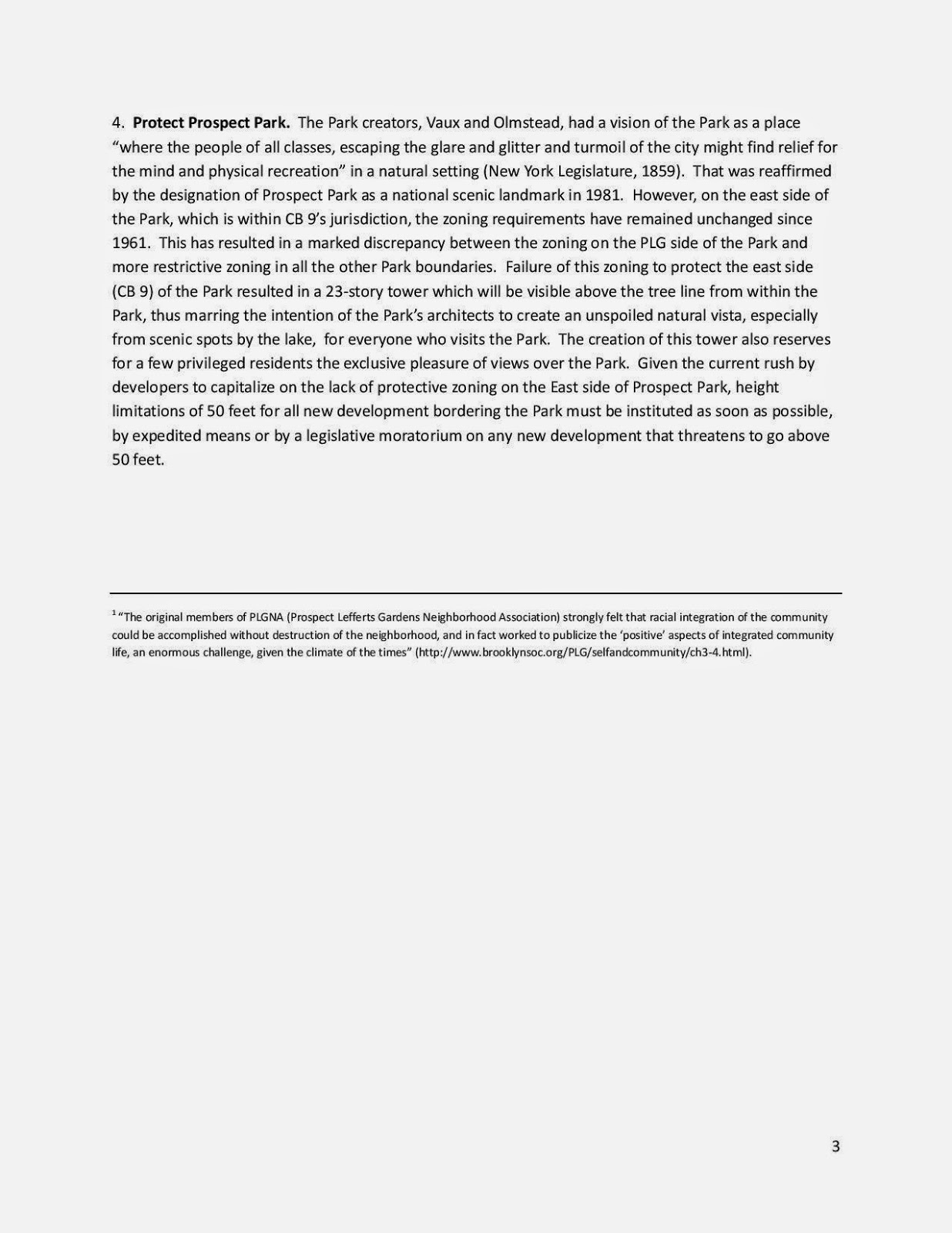 Posted by Clarkson FlatBed at 8:13 AM

This should help make it impossible to conflate PPEN with MTOPP, something that is done by some outside observers and, perhaps, one of MTOPP's goals, since I suspect their [MTOPP's] main purpose is actually to discredit opposition to development.

Agreed. That was definitely worth a read. It's thoughtful, respectful of all in our community and well-articulated. Thanks for sharing.

The affordable housing goal is unrealistic, but this is well thought out, coherent, and very much in line with what I think the majority of the neighborhood would like to see happen.

this is so refreshing to see. the extremism around something that really doesn't seem like it ought to be controversial has been really disheartening.

i hope the height restrictions are at least considered and negotiated! because i get a feeling the affordable housing demands will not stand a chance :\ however, it is nice they bring up the fact the affordable units in 626 flatbush will eventually become market rate anyway--that's always been the biggest slap in the face. kind of like slapping a bandaid on a giant gaping wound

PPEN is, in effect, asking for a moratorium on all construction in the area. The list of demands opens the door to objections to virtually every residential option that a developer would want to undertake.

Context? Most of the city is changing. Buildings are getting taller almost everywhere. Meanwhile, the precedent for height was set long ago. There won't be any backtracking.

As for the balance of affordable vs market, well, once again, the demand from PPEN is so onerous that no developer could succeed. Hence, the demand is really a game-stopper. And, for that reason, if the demand were imposed, rents on existing units would rise faster than ever, and tenants in iffy situations would find themselves pushed hard to leave.

No construction of big new buildings means the potential for huge rent increases in buildings with less than six units would receive even more juice.

Best bet is to build Empire Boulevard up to the sky and lessen the pressure elsewhere in the neighborhood.

Thx Slappz. You've laid out the developer perspective nicely, so there's no need for me to do it now! Consider the "other side" well articulated.

Of course these demands are more than we'd likely get. You don't start a negotiation from the middle...

But you should start a negotiation from a realistic perspective.

Does PPEN have any familiarity with the current zoning resolution and what it includes? If zoning changes and a development is "as of right," there is no opportunity for ULURP review.

It actually works the other way. If you want to build something not contemplated in the zoning resolutuion, the project must go through ULURP and then the community can seek added benefits.

And the idea that a developer will pay into three funds (to be administered by who knows) to address the impacts on density and infrastructure is laughable. Buildings (unless abated) and their tenants pay taxes to pay for city services.

The zoning resolution and ULURP provide for some predictability. This proposes a free-for-all for everything over three units.

It's certainly a more reasoned position than what MTOPP is spouting, in a relative sense. But this wish list is completely in la la land. The last I checked, CB9 is an unelected body with no taxing authority and no power to make binding decisions or approvals over anything. The notion that anybody is going to give a community board the authority to impose its own taxes on property owners to run its own slush fund is just ludicrous. And nobody is going to rewrite the City's land use laws to give CB9 the ability to make new development to go through endless studies and analysis until they decide whether to approve it. But whatever.. people are entitled to dream.
I think this power fantasy misses the point anyway. The point of a rezoning is so you set forth the rules of game in advance so that you don't have to have this kind of absurd process for every development project. There are probably a thousand new buildings built every year in New York City-- if there had to be a full ULURP process for every building large or small with impact analyses and studies and community board reviews, nothing could ever get built. At least, nothing could get built except for very large projects that could afford to spend hundreds of thousands of dollars on consultants to do studies and to fight through two- or three-year long approval timelines.. because the stuff in this wishlist would make it impossible for anybody BUT the Bruce Ratners of the world to build anything. And that's sort of ironic when you think about it.