Art Show on Rogers This Weekend

Check it out. Cool looking stuff by James Denmark at Dorsey Art Gallery. 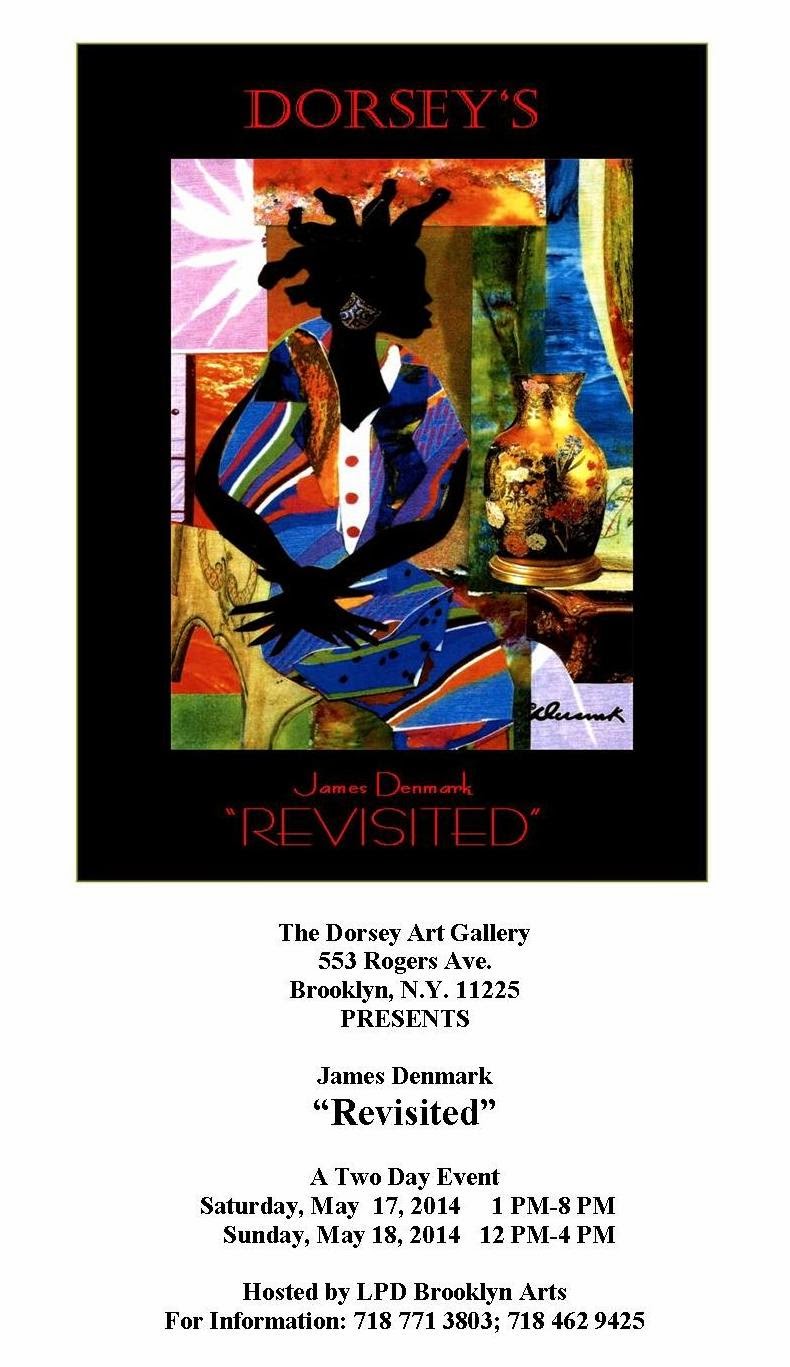 For those unfamiliar with the important legacy of Lawrence Dorsey, I append this article about his passing:

Down the block from the cozy, green and black, brick-bordered framing store and art gallery he opened up in Prospect Lefferts Gardens as the Vietnam War raged, stands Lawrence P. Dorsey’s parting gift to his community — a new street sign unveiled last week, co-naming the corner, “Lawrence P. Dorsey Way.”

Relatives, residents, merchants, members of Community Board 9, elected officials, and internationally-famous artists crammed the concrete outside Dorsey’s Art Gallery — sandwiched between a house of worship and a mom-and-pop print store at Rogers Avenue and Fenimore Street — to hail the beloved community fixture whose simple shop, established in the early ’70s, showcased works by some of the nation’s greatest African-American artists, and inspired the art collections of such notables as Bill Cosby and Roberta Flack.

Art luminaries and Dorsey exhibitors James Brown, Ann Tanksley, Teddy Gunn, Emmett Wigglesworth and Otto Neals were among the 150-strong crowd, which attended a church service first, and later cheered as the sign was hoisted to honor the art patron, whose zest for life and art was sought alike by neighborhood folk and such celebrated artists as print maker Elizabeth Catlett, and the late painter and illustrator Tom Feelings, who also exhibited there.

Dorsey’s gallery was the pride and joy of the neighborhood, according to Neals, a sculptor, painter, printmaker and carver who has helped run the store as a member of the Dorsey Art Club since its namesake passed away in 2007 at the age of 88.

“People just loved Lawrence, anytime you came by, he was here, and you could have some wine, cheese and talk about art,” said the artist, whose work has been commissioned by the Prospect Park Alliance and the Ezra Jack Keats Foundation while gracing the private collections of, among others, Harry Belafonte and Oprah Winfrey.

Neals, who created a bust of Dorsey for the occasion, was among a group of artists who marked the event with a commemorative presentation aptly named, the “Street Renaming Exhibition.”
Dorsey will be remembered for his humble spirit, he added.
“Lawrence didn’t show off a lot, but he knew his stuff and he went along in a quiet way.”

Now, that spirit will live on — along Lawrence P. Dorsey Way. - Shavana Abruzzo
Posted by Clarkson FlatBed at 10:55 AM