Not a Bad Taco, Paco 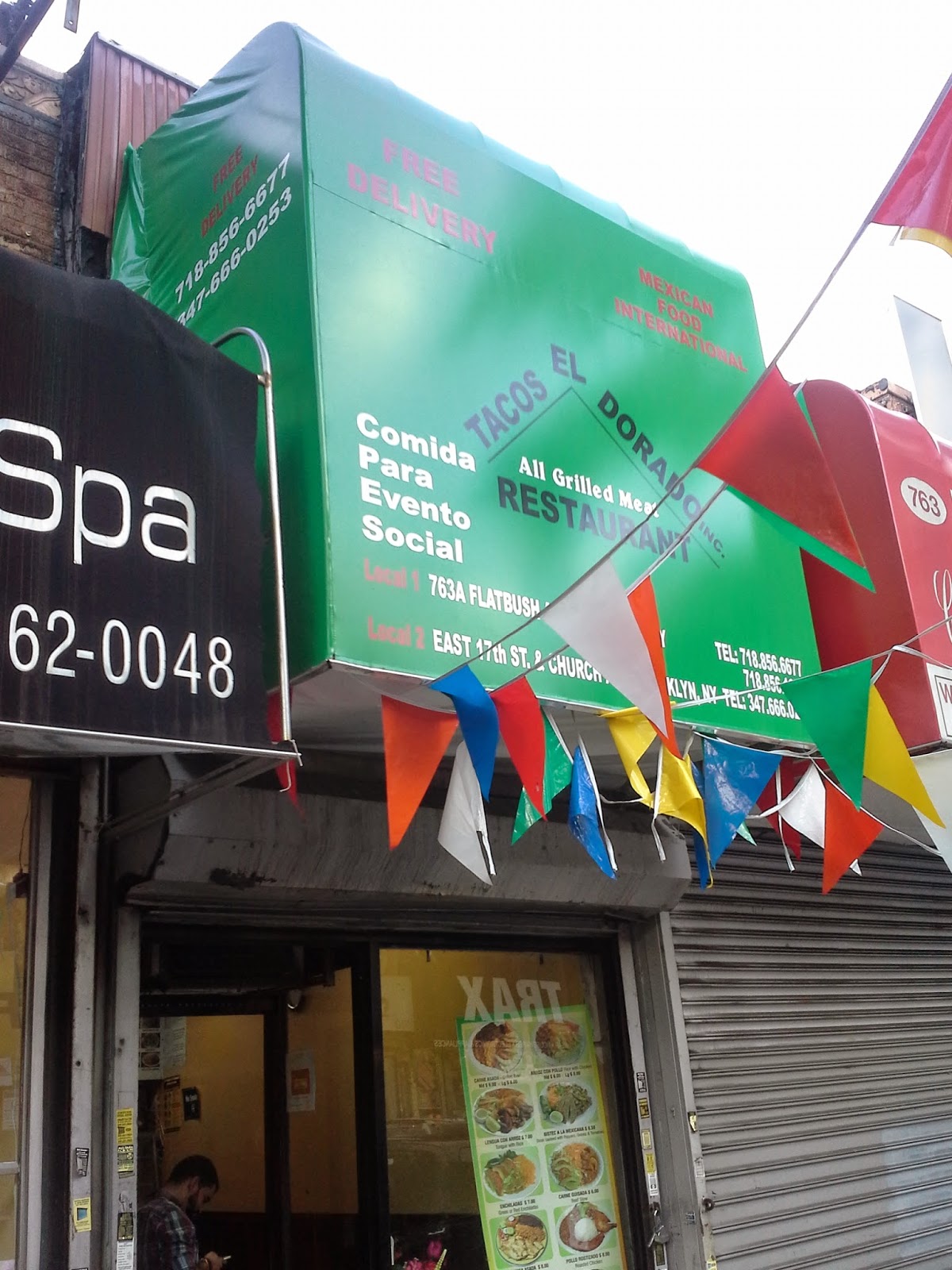 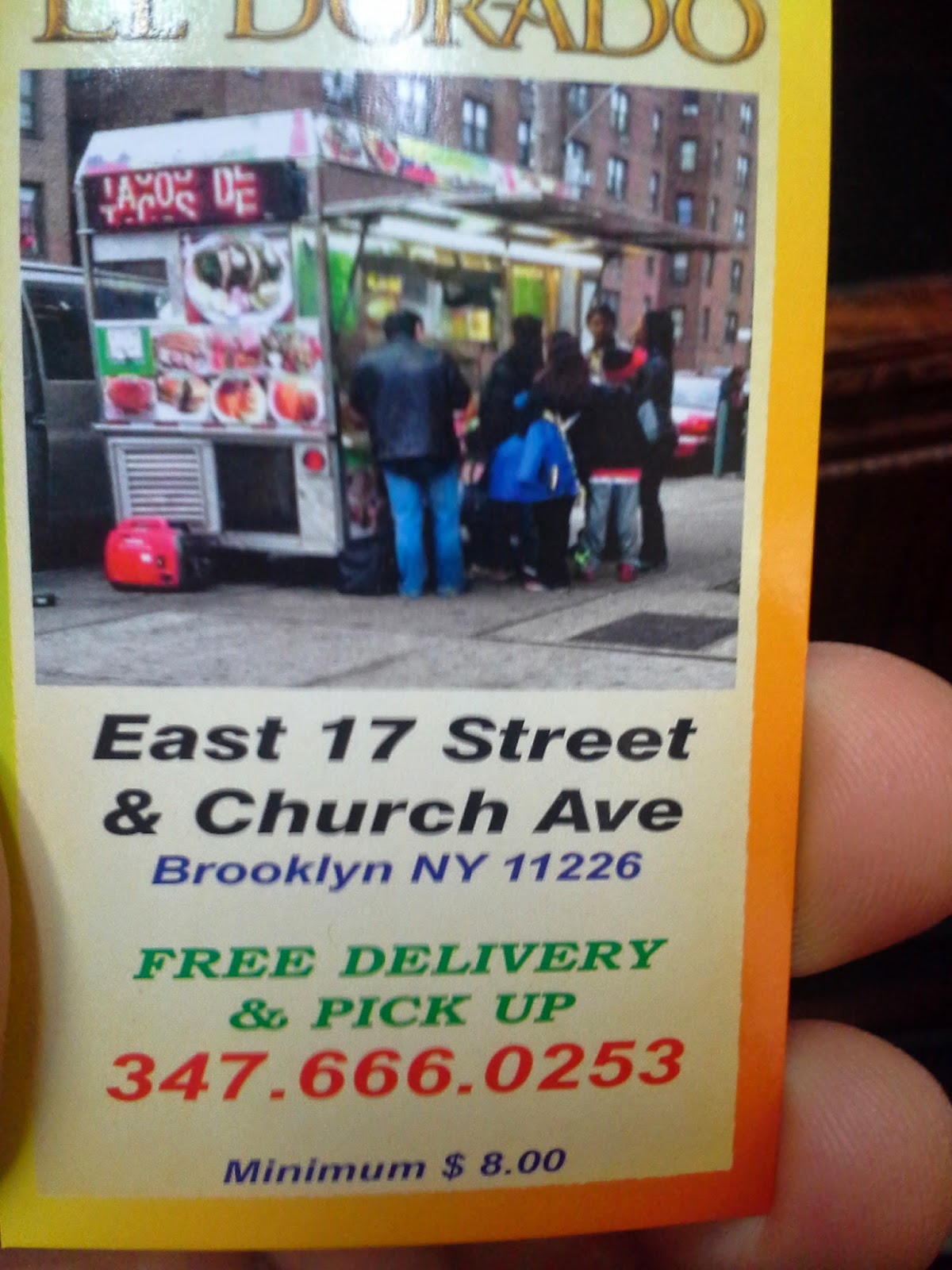 You know that punch-you-in-the-gut Chinese-run Tex-Mex place on Flatbush just down from Clarkson on the east side? Chances are good that one hungry night you decided to give it a try, and after just a few bites swore never to dip south of the border riding that culinary caballo again. (You probably finished your food though, in a fit of catch-22). Well, it recently shut and re-opened with new owners who just happen to also own the cute taco cart on Church Avenue next to that upscale grocer at East 17th, not far from the Q/B stop, called El Dorado. I've had decent tacos there a time or two, and so I was looking forward to trying this new hole-in-the-wall. And you know what? It was pretty good. These El Doradans have the advantage of being actually FROM Mexico. It's not going to win any awards, but if you want a decent taco at a good price, you're going to walk away satisfied.

While there I glanced across the street to note this enticing looking shop's grand opening: 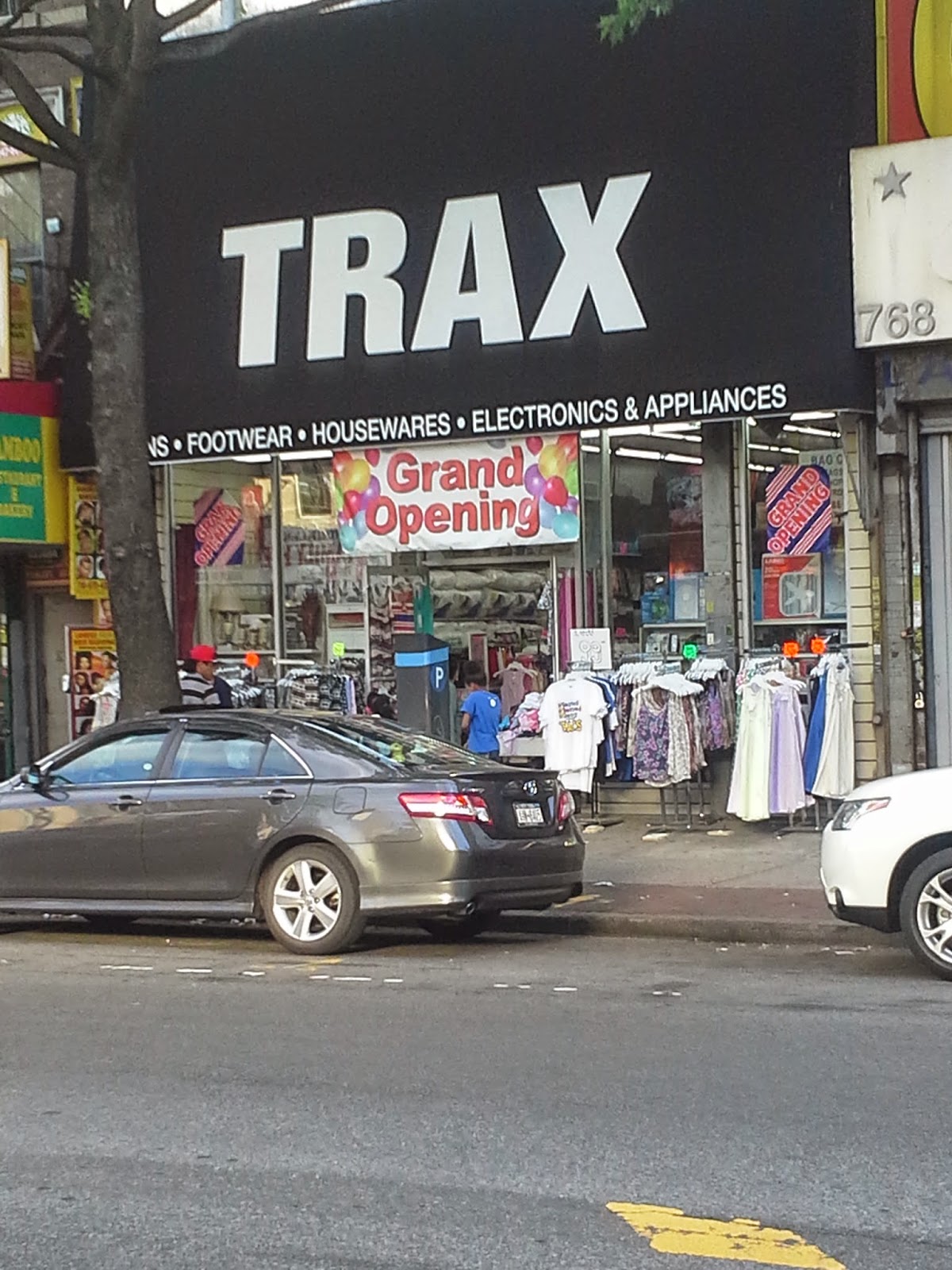 Imagine my utter disappointment when I read the relatively fine print below the giant name. I was thinking record store, you know, maybe a place for DJ's to mingle and talk shop. Then I looked at my calendar and remembered it wasn't 1983. More to the point, what mom & pop shop sells footwears AND housewares? I'll tell you who - TRAX. Weird combo, like selling mattresses and potato chips. Love that sign though.

Then at 766 yet another owner-owned Pharmacy is ready to open. These days, the Q and family go to Lincoln Pharmacy at 723 and frankly I've never been happier, having been deprogrammed from the cult of Duane Reade. Do I miss the long waits and impersonal service? Hell no. But I gotta say I think we may have a few too many of these independent drug stores along the 'Bush for this new entry to have a chance. But I do get why there are so many. If you build a solid clientele, it can be quite lucrative, especially as your customers age and embark on heavy-duty til-you-die drug regimens. Ever wonder why there's a Duane Reade or Walgreens or CVS everywhere you look? Bingo. We Americans eat prescriptions like popcorn. 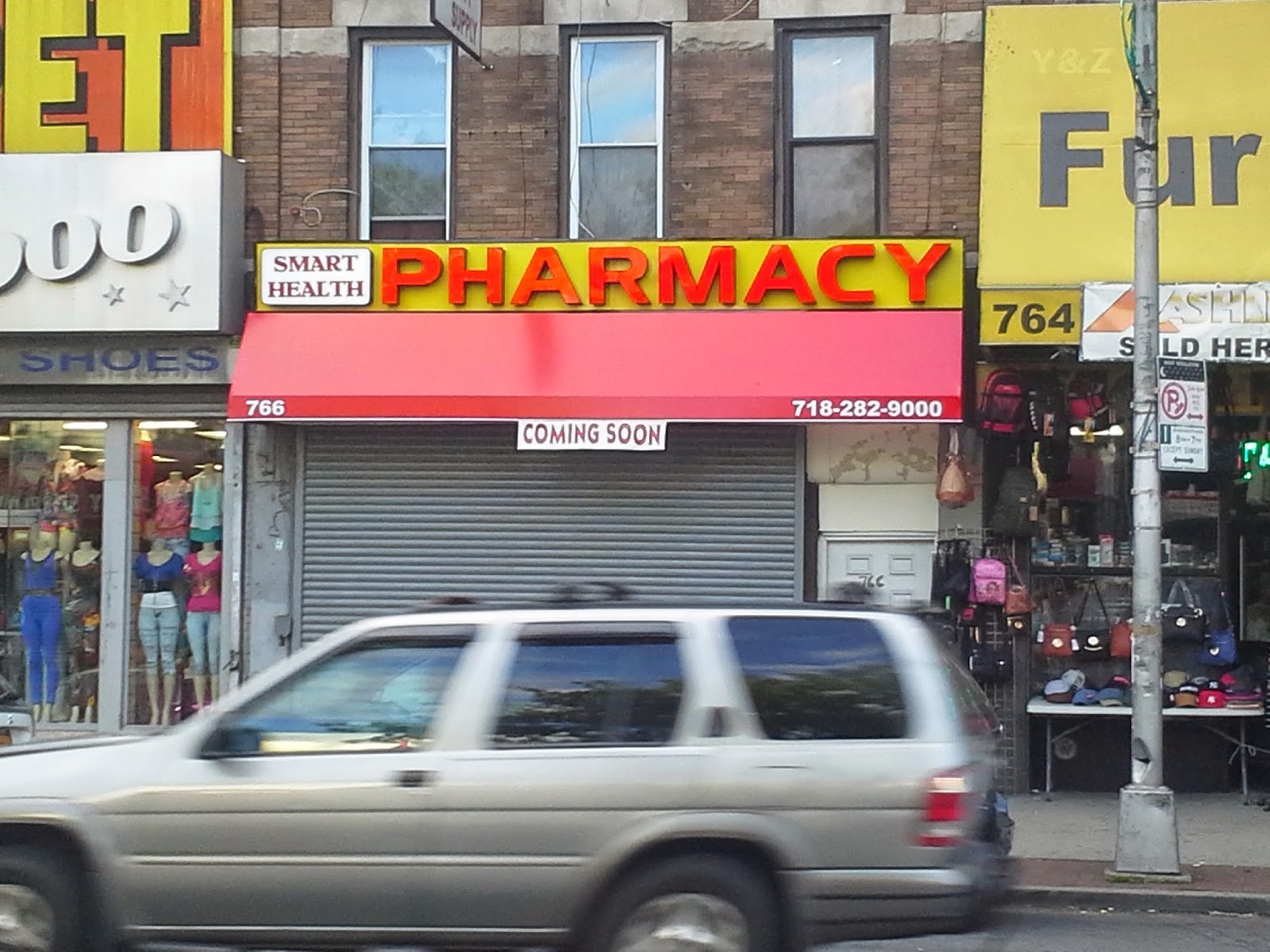 Speaking of popcorn, gonna make me some and call it a night.
Posted by Clarkson FlatBed at 10:17 PM